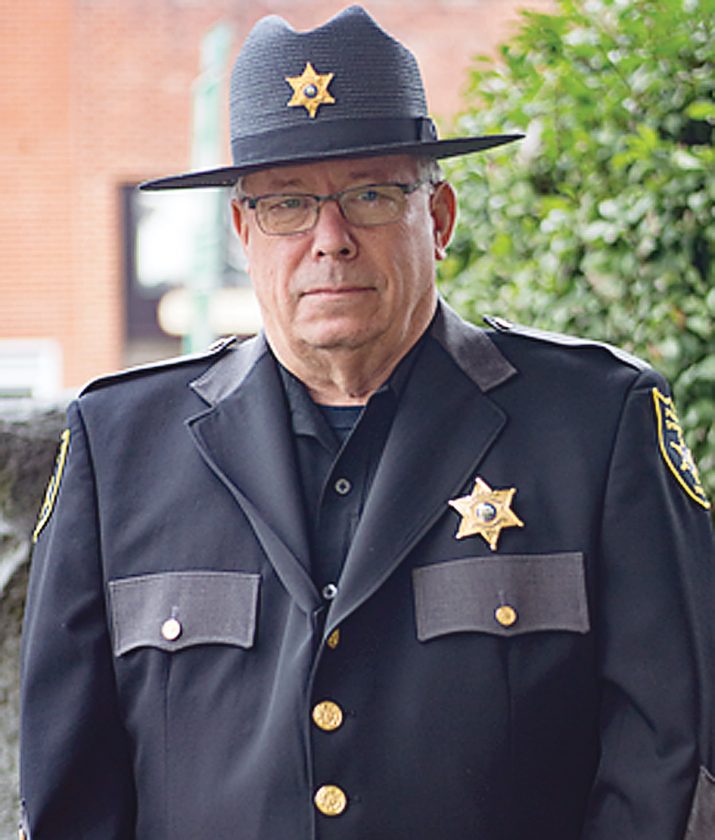 Cpl. C.J. Day, a 17-year veteran of the department including several years as the Buckhannon-Upshur Middle School prevention resource officer, resigned effective Aug. 16 after a job opportunity came up in the IT sector, according to sheriff David Coffman.

Deputy Tyler Chidester, who had nearly five years with the department, resigned Aug. 2 and is now with the West Virginia Division of Natural Resources.

Both have been good deputies that Coffman, who is seven years into his position as sheriff, said he hated to lose.

Due to Chidester’s resignation, the department had already began the testing process through civil service to develop a list of eligible candidates.

The physical agility test was held Aug. 10 and those who passed that test were immediately sent to take the civil service written test.

“We had tested in the last week and are waiting on the results of the civil service test,” Coffman said Thursday. “Hopefully we will know something within a week — no more than two weeks — of who passed and who didn’t pass.

“Once I get this list, then I can move forward in trying to replace the officers we are losing. It’s going to take some time once I get the list to actually offer them a position for hire.”

“To put someone in uniform, we are looking no earlier than middle October,” he said. “They are going to be non-certified officers — rookies.”

As non-certified officers, the new hires will shadow current deputies until they are able to attend the 16-week West Virginia Police Academy which begins Jan. 6, 2020.

Coffman hopes the new deputies would then be able to patrol on their own by Strawberry Festival 2020.

“In the meantime, I have a problem with the PRO officer at the middle school,” Coffman said.

“C.J. has been the PRO officer there for years and has done a great job,” he said. “I hate to lose him. The bottom line is I am not going to be a put a PRO officer up there for several months.”

Coffman said he is working on a plan and in the meantime, B-UHS PRO officer Cpl. Rocky Hebb will be stopping in at B-UMS as much as he is able.

Day had been scheduled to attend a DARE program training in Maryland this fall to implement that program at B-UMS in January 2020. High school and elementary DARE programs were to roll out in Fall 2020.

“We have already contacted DARE and they are on board,” he said. “Crystal Linger, our deputy bailiff for 26th Judicial Circuit, has been approved to take C.J.’s spot at the upcoming 80-hour training in Maryland. We will use her at the middle school to teach DARE.”

Coffman said the loss of two deputies does leave the department short and may lead to overtime for the remaining deputies to cover shifts adequately.

“It is my hope that we don’t have to have to work anyone by themselves so if I have to pay overtime, I will,” he said.

On Thursday’s Upshur County Commission agenda, Coffman is requesting approval to temporarily hire a certified law enforcement officer to fill in as needed for the department until a full-time deputy is hired. The personnel costs will be covered within the approved FY20 law enforcement budget.