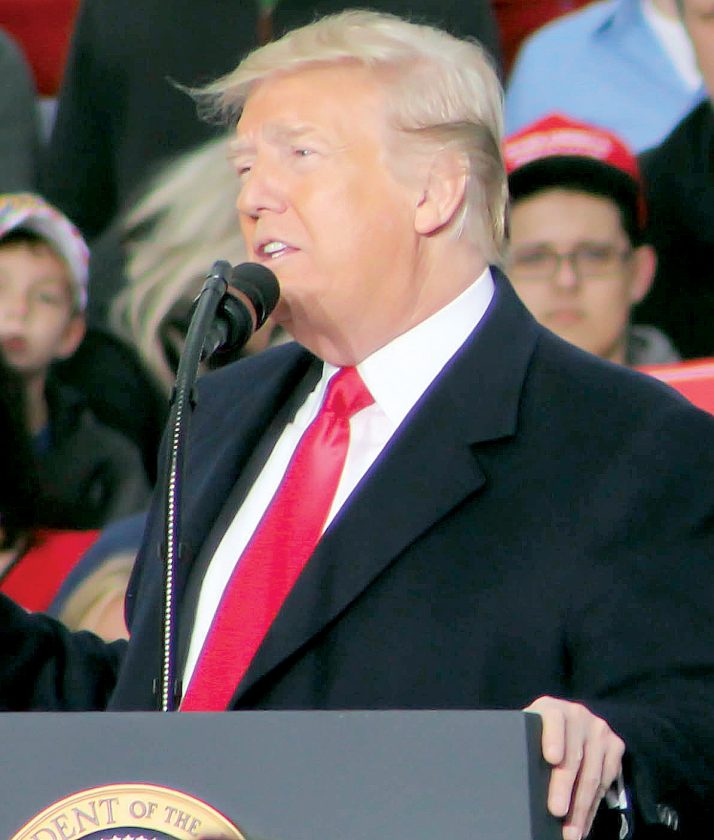 CHARLESTON — President Donald Trump announced Monday that Gov. Jim Justice and West Virginia’s Republican delegation in Congress will co-chair his reelection as he seeks a second term in the White House.

“Our West Virginia Trump Victory leadership team will help replicate and expand the President’s more than 40-point victory in West Virginia in 2016, delivering a 2020 win for both the President and GOP candidates up and down the ballot,” Parscale and McDaniel said in a statement.

Trump defeated former first lady, U.S. senator and secretary of state Hillary Clinton 67 percent to 26 percent in 2016. Trump maintains a high approval rating in the state, with Morning Consult showing a 58 percent approval rating for the President as of Aug. 1. The MetroNews/Dominion Post West Virginia Poll, conducted by Research America at the end of August, showed Trump’s job approval rate at 54 percent, down six points from 2018.

“The people of West Virginia spoke loudly when they delivered President Trump a commanding mandate to lead in 2016,” Parscale and McDaniel said.

The Trump campaign cites a number of economic successes in West Virginia since the President took office in 2017. These include adding 22,900 jobs, lowing the unemployment rate 10 points to 4.7 percent, and adding 1,200 manufacturing jobs.

“After delivering historic successes for the men and women of West Virginia, our West Virginia leadership team will pave the way for another strong victory for President Trump in 2020,” Parscale and McDaniel said.

Justice, who ran for governor in 2016 as a registered Democrat, switched to the Republican Party in August 2017 at the urging of Trump. Bill Stepien and Justin Clark, both veterans of the Trump 2016 campaign and the White House, joined Justice’s reelection team as advisors, while Trump campaign veteran Mike Lukach serves as Justice’s campaign manager.

At a fundraiser last month in Wheeling Trump told attendees that Justice as his guy. Justice has often touted his friendship with Trump and his family, including Donald Trump, Jr.

Parscale and McDaniel also announced that Clayton Henson will serve as the Trump Victory Regional Director. He most recently served as regional political director at the White House.