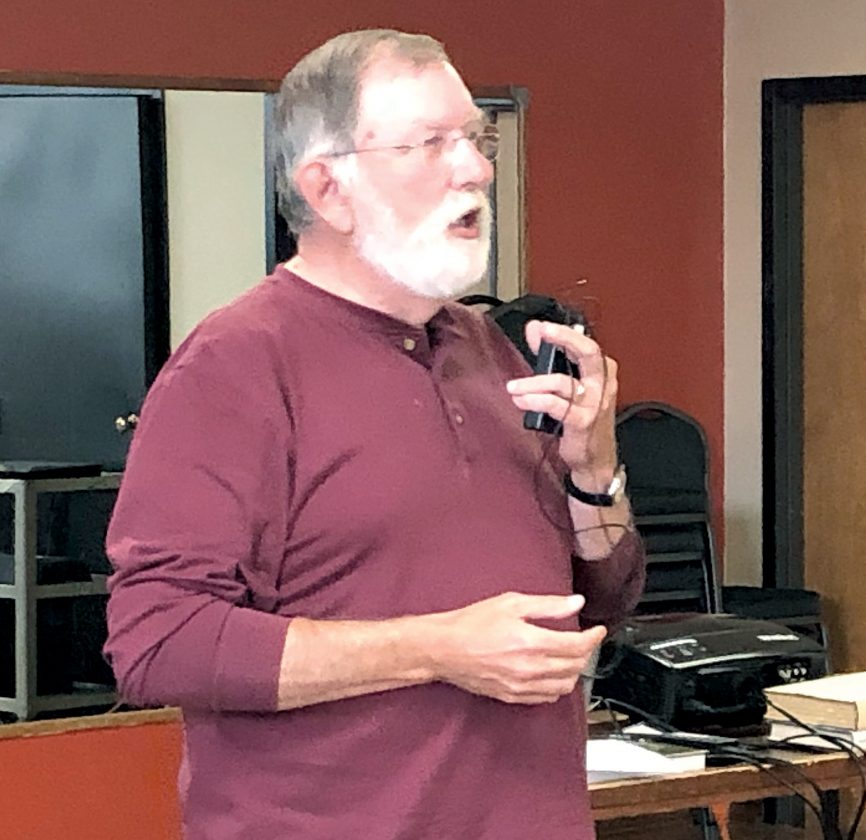 The Inter-Mountain photo by Brad Johnson Jim Schoonover, of the West Virginia Railroad Museum, tells Elkins Rotary Club members about an exhibit the museum is planning for 2020.

ELKINS — The Elkins Rotary Club learned about an exhibit being prepared for next year by the West Virginia Railroad Museum.

The museum’s Jim Schoonover said the exhibit will focus on the changes in the local area from 1920 to 2020 in regard to the railroad industry.

“So much of the life in this town revolved around the railroad,” Schoonover told the Rotarians. “This town was founded and opened up by the railroad, which was brought here by Henry G. Davis.

“At one time, I think it was 1927, there were nearly 30 passenger trains that came in and out of Elkins,” he said.

In the early to mid-20th century, clothing, groceries, dry goods and more were all brought to American small towns by train, Schoonover pointed out. That began to change in the 1960s, however, and the changes were sudden and sweeping.

The United States began to construct the Interstate Highway System in the late 1950s, and “in the 1960s, the railroads lost their mail contracts with the government. They started using trucks to bring the mail into towns,” he said.

“Passenger trains began to fall off. Passenger service was eroded by airplanes and, the biggest reason, everyone had cars.”

Railroad companies began to be purchased as part of conglomerates, Schoonover said.

In 1975, the Chessie System merged Western Maryland into its company, he noted, and “within a matter of a few years, they closed the shops around here. Six hundred people worked in those shops in this area. But soon they were all gone.”

“The only commuter trains now in West Virginia go from the Eastern Panhandle into Washington, D.C.,” Schoonover noted, pointing out how things have changed for our area.

In addition to the 2020 exhibit, the Railroad Museum is restoring a 1946 Series 62 Cadillac rail car.

“It was used by a Western Maryland executive to drive on the road from 1946 to 1956,” Schoonover said. After that, “they used it as a rail car.”

The restoration, funded by grants and gifts, may cost about $70,000.