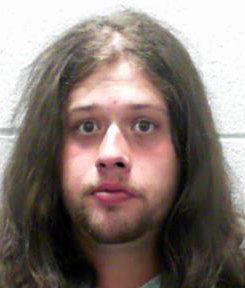 Dakota Blaine Martin, 24, Zeb Andrew Young, 24, and Zane Matthew Young, 23, are all charged with two counts of possession with intent to deliver a Schedule I or II substance. Each of their bonds was set for $25,000 cash by Randolph County Magistrate Judge Rob Elbon.

According to the criminal complaint filed by Deputy B.M. Roy of the Randolph County Sheriff’s Department, the officer observed a Dodge pick-up truck with no passenger side tail light run a stop sign traveling from Corridor H to North Randolph Avenue on October 3.

The report states that Roy conducted a traffic stop and that he “could smell a strong and distinctive odor of marijuana coming from the vehicle” upon approaching it. After notifying the driver, Martin, of the traffic violations, Martin was asked to step out of the vehicle when passenger Zeb Young pulled a small bag of what he stated to be marijuana from his pocket, the report states.

According to Roy, nearby Elkins Police Department units and state police arrived on scene to assist in detaining the subjects. 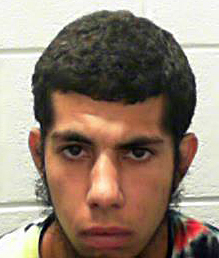 “While detaining Mr. Zeb Young, Senior Patrolman C. Boatwright found a container under the passenger side door in the shape of a battery. In the container (were) pills marked with “R P” and “15“. Pill identifier showed the pills to be Oxycodone Hydrochloride. Mr. Young denied possession of the container and (said) that all he had was the marijuana,” said Roy.

According to the report, a female back seat passenger stated that “she did not know about any drugs in the vehicle other than the pills in her purse hidden in an Aleve bottle,” which were found by Trooper R. Watson. The report states that the bottle contained three pills marked “R P” and “15” that were identified to be Oxycodone Hydrochloride in addition to a piece of of a blue pill showing only “51.”

The report states that while detaining passenger Zane Young, Senior Patrolman Shiflett located a vape pen with a substance which Young stated to be marijuana.

Roy stated that the subjects were instructed of their Miranda rights and transported to Elkins Police Department for processing. 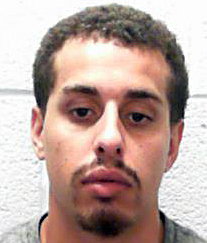 The report states that after processing and without being questioned, Zane Young stated that he wanted to take possession of the bag found under the seat.

According to Roy, the subjects were then transported to Tygart Valley Regional Jail for possession with intent, where “a small bag of what Zane Young stated was marijuana was found in (the) cargo pockets of his shorts.”

If convicted, each of the men could face one to 15 years in a state correctional facility, be fined up to $25,000, or both.