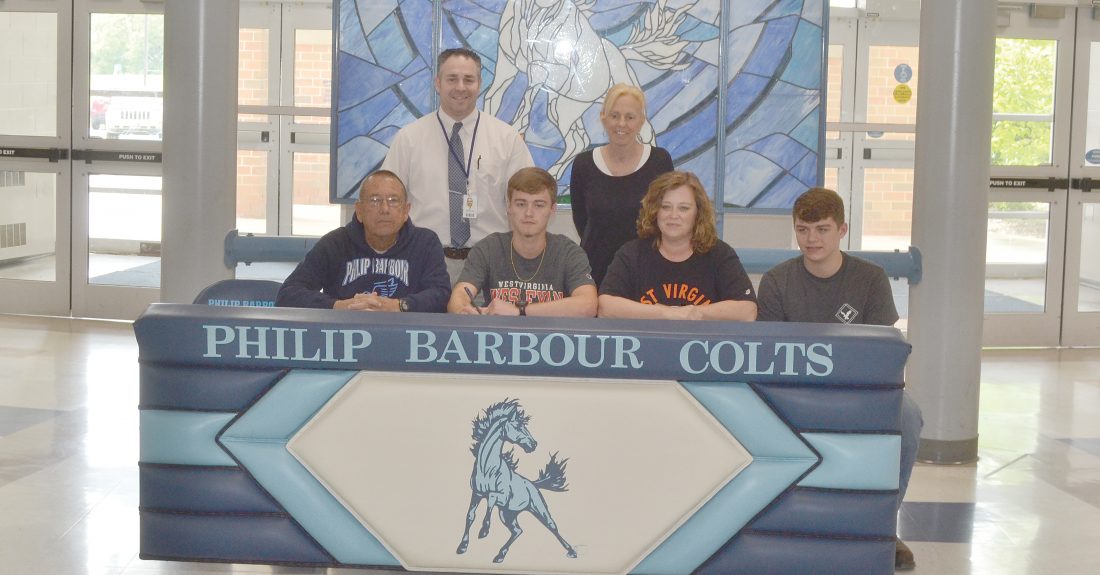 PHILIPPI — Philip Barbour’s Tyler Channell made it official at a recent signing ceremony that he intends on attending West Virginia Wesleyan College while also competing in cross country and track for the orange and black.

Channell is a seasoned harrier for the Colts with accolades earned by way of his efforts on the path to the finish lines.

He recently captured his third state qualifying bid as the first leg of the PB 4×800 relay.

Additional laurels include being named to the all-Big 10 Conference and all-regional squads twice during his prep career.

“I liked the school itself, everybody is always happy every time I go there to visit,” Channell said. “There is a great team atmosphere, and they have a nice coaching staff.

“I love running because of the guts it takes to do it. What you put in you get out, you don’t lose because of a bad call or a buzzer beater. It all depends on what you do.”

Environmental science is he field of study Channell has chosen, and he noted that being part of a solid winning tradition for the Philip Barbour cross country and track teams has been a great experience.

“It has been great representing PB,” Channell said. “We have a very supportive community that drives us to be better, and we have a long line of winning teams in running and it has pushed me to be the best I can.”