Wild night of action at Raceway 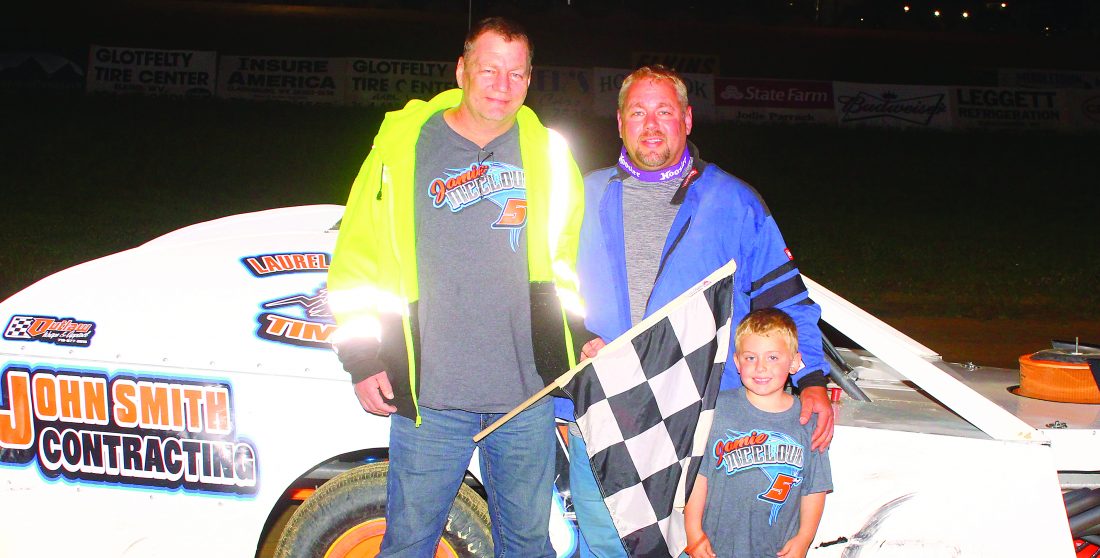 Photo courtesy of Tommy Michaels Jamie McCloud captured the UMP Modified feature last Friday at Elkins Raceway. McCloud dedicated the win to his father, Jimmy McCloud, who was on hand in the victory circle. The elder McCloud is recovering from a stroke he suffered in April.

There was a little bit of everything. Side-by-side racing, tempers, streaks, last- lap passes, happiness, tears and first-time winners, along with the autograph and pictures at intermission.

In his first outing, Michael Lake set fast time at 14.328 seconds for the Jenkins Ford Super Late Models. Visiting for only the second time (2017 Red Fredrick Memorial) Keyser driver Travis Stickley jumped to the point at the outset. A scarey moment happened on lap 2 when Nick Tressler slipped off the track in turns one and two and flipped, landing on his roof. Luckily Tressler was alright. With yellow flags on laps seven and 14, Stickley was still in command. At the crossed flags D Jay Miller peeked under Stickley but could not make a move. Stickley would drive on to grab his first-ever checkers at Elkins. Miller was second, Lake would finish third. Billy Holbert and Shaun Poling were fourth and fifth, respectively.

In victory lane Stickley stated, “I love this place … I will be coming back”

Michael Bland grabbed the lead at the drop of the green flag in the Fastrak Late Model feature. Bland continued to show the way as week two winner Logan Roberson worked his way to second after starting seventh. Slowly reeling in Bland, the two were nose-to-tail with two to go. With the white flag waving, Roberson chased Bland down the back chute and drove high into turn three. Roberson stayed on the high side and motored by Bland coming out of turn four for his second win of the year. Billy Beachler (in his first outing) was third, A J Spagnuolo and Garrett Paugh were fourth and fifth, respectively.

On the third try at green Jamie McCloud took control of the UMP Modified feature. McCloud would not be seriously challenged as he collected his first checkerboard of the year. Phill Jeffries, Mike Murphy, Anthony Arbogast and Michael Moreland were second through fifth.

McCloud dedicated the win to his “super hero Dad” Jimmy, who suffered a stroke in April. The elder McCloud joined his son and celebrated in victory circle.

The Holbrooks on the Hill Street Stocks had fans on the edge of their seats. Jamie Keene and Jason Ammons ran cleanly, door to door, for lap after lap. With two laps to go, Todd Simmons slowed on the front chute. He quickly darted into the infield and hurriedly exited his car. A malfunctioning deliberator kept shocking Simmons. After being taken to the hospital for precaution, Simmons was alright. When racing resumed, Keene walked away for her first trip to victory lane. Ammons was second. Josh Rovello, Joshua Hymes and Simmons was the finishing order.

Coming this Friday, the open-wheeled UMP Modifieds will have their day in the sun.

For the rest of the month, kids will enjoy a candy rush on June 21. And to end the month, the mid-season championship with double points in all classes. Plus the area’s first fireworks display. Don’t forget to mark your calenders July 6 for the third annual Red Fredrick Memorial worth $5,200 to the Jenkins Ford Super Late Model winner. And on July 9, the annual Richard Skidmore Memorial as $5,000 is up for grabs in the Jenkins Ford Super Late Models. 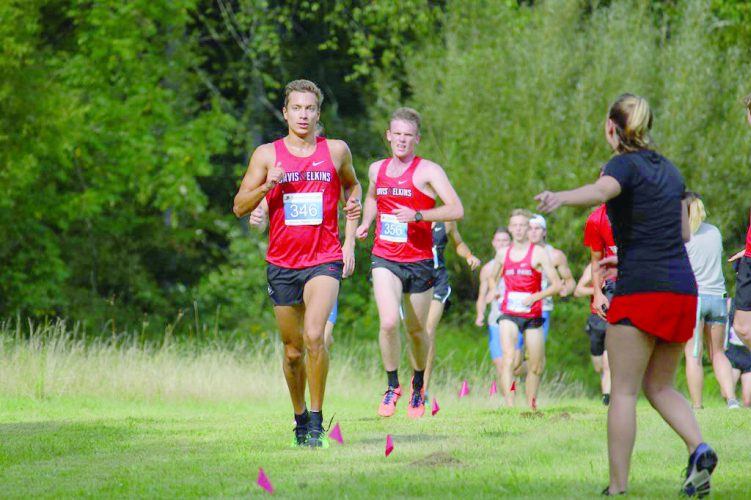