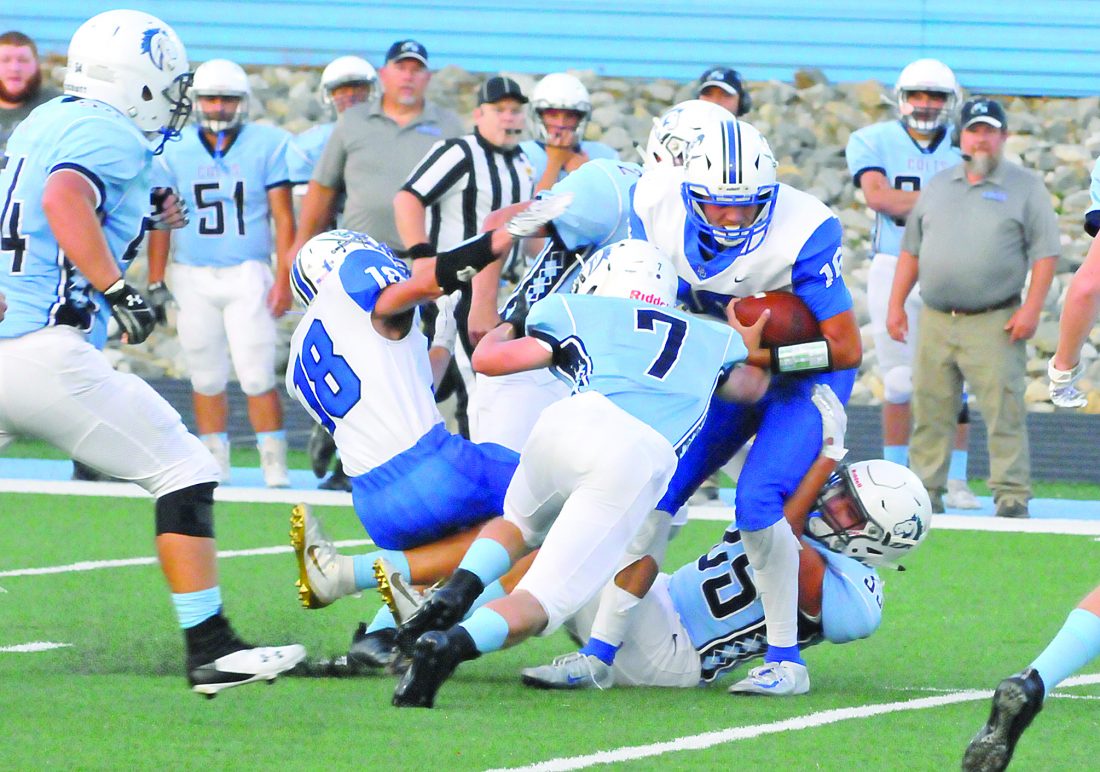 PHILIPPI — Buckhannon-Upshur senior quarterback Ryan Strader led the Bucs to their first win of the season with a 33-14 victory over Big 10 Conference opponent Philip Barbour at George Byrer Field at BC Bank Park Friday night.

Strader went 12 for 17 through the air for 223 yards and four touchdowns. He was also the Bucs’ leading rusher with 42 yards on six carries.

On the PB’s first offensive play, Strader picked off a Colt pass and returned it 11 yards to the Colt 28. On the ensuing play, he found sophomore Sterlin Thropp for the score. Cameron Zuliani’s PAT sailed just left to make it 13-0 with 9:49 left in the first quarter. Zuliani went 3 of 4 on extra point tries.

Another miscue during Philip Barbour’s second play on offense resulted in a turnover, putting B-U back in business in Colt territory. Penalties pushed the Bucs back onto their own side of the field to face a third down and 44 to go when Strader threw a short pass to Thropp, who scampered 65 yards to get into the south end zone. 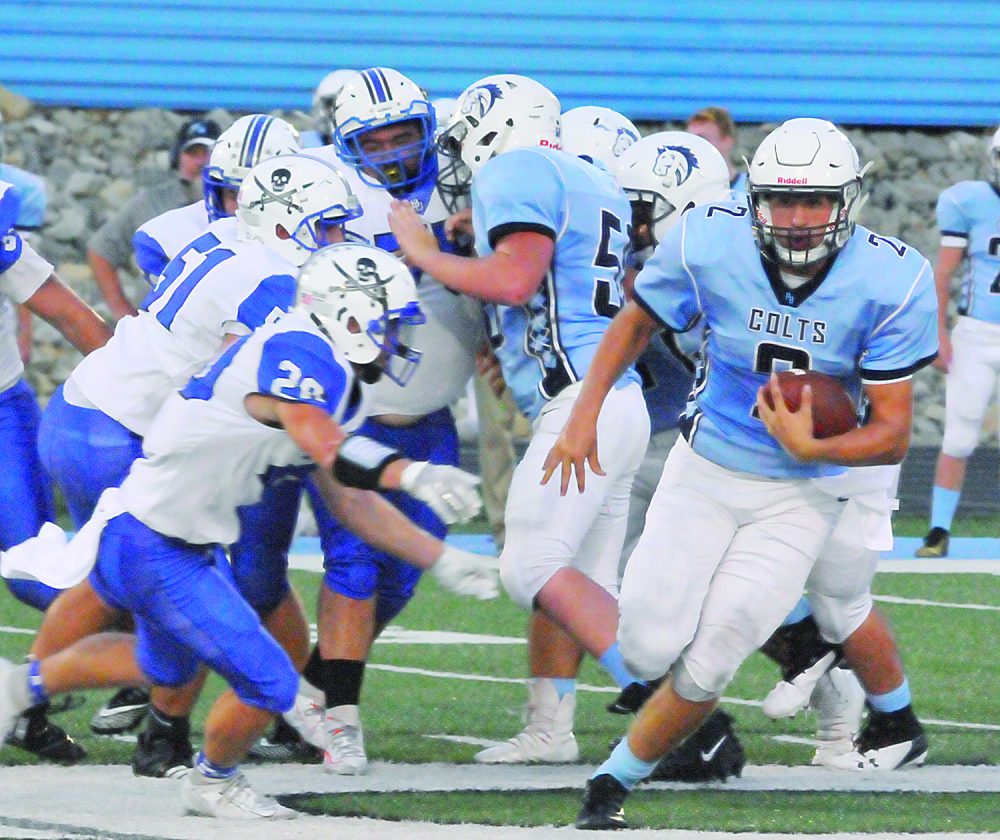 With 7:05 left in the second quarter, the Buccaneers went on a 12-play, 86-yard drive that was capped with a 19-yard hookup between Strader and Cutlip to make it 27-0 at halftime.

Buckhannon went to work on the running game in the second half, scoring again after an 8-minute drive that included 12 plays for 59 yards. B-U junior Zachary Barcus plunged in from 3 yards out early in the fourth frame. The PAT snap went over the holder’s head to leave the score at 33-0.

Philip Barbour freshman quarterback Ethan Floyd connected with senior Will Knight for a 39-yard touchdown to cut the deficit to 33-6 at the 6:32 mark remaining in the contest. Hunter Ware added the kick.

The Colts scored again in the last minute of the contest when Floyd and Logan Allen put together a 16-yard catch-and-run. Ware’s boot was good again.

Jesiah Matlick paced the PB offense with 96 yards on 22 carries. Will Knight rushed for 51 yards on three attempts.

Floyd was 5 of 12 passing on the night for 59 yards with a pair of touchdowns and one interception.

Buckhannon-Upshur (1-2) will be idle next week, and return to action at fellow triple-A foe Greenbrier East on Sept. 27.

Philip Barbour (0-3) is slated to be at Big 10 foe Liberty next Friday for a 7 p.m. kickoff in Clarksburg.