Editor’s Note: Quint Studer is the author of Building a Vibrant Community: How Citizen-Powered Change Is Reshaping America.” He will speak in Elkins on March 5. The Inter-Mountain will publish a column by Studer each Saturday leading up to his local appearance.

Don’t underestimate the difference you can make, or that you already do make. In many cases, the person doesn’t get the immediate positive feedback. Often life gets in the way. The person we want to thank isn’t available. Maybe we plan to say or write something, then we get busy.

On December 24, 1995, my sister-in-law called me at 5:00 a.m. She said something terrible had happened. She said my nephew Brian Fitzpatrick, just 19 years old, was dead. Jeanne said there was a car accident early that morning that took Brian’s life. My family drove to Brian’s house, and as we entered, Brian’s parents, Kathy and Mike, were still in shock.

They had been in the emergency room and had returned home for only a few hours. Lots of family, neighbors, and friends were at the Fitzpatrick home.

The next day, Christmas Day, the house was again filled with family support. The wake, a large event, was held on December 26. About six months later on June 9, 1996, we left the Chicago area as I started work with Baptist Hospital in Pensacola. Three years went by and I was asked to speak to a group of employees at Christ Hospital in Oak Lawn, Illinois, a trauma hospital on the south side of Chicago.

Thinking of Brian when I returned to Chicago, I called the Fitzpatrick home. Mike answered the phone, and I shared that I was in the area to speak to employees from Christ Hospital.

His wife, Kathy, overheard that I would be going there.

Even in the worst moments of her life, being at a hospital while losing a son, she noticed how kind the staff was to her and her family.

She didn’t call; she didn’t write a note. It wasn’t because she didn’t want to; it’s just that sometimes life creates times that cause that call to go unmade, the note to go unwritten, or that thank-you to be left unconveyed.

But remember, you can’t underestimate the difference you can make. The next day, I shared this story with the Christ Hospital employees. I explained how they had taken care of my nephew and thanked them on behalf of Mike and Kathy Fitzpatrick for being so kind. I spoke for about an hour and flew back to my job at Baptist.

A few weeks went by, and I received a note from a Christ Hospital nurse.

“I heard you speak a few weeks ago,” she wrote. “I work in the Emergency Department at Christ Hospital. I was the one who took care of Brian. I was with the family at the end. I want you to know that not a Christmas goes by that I don’t think of Brian and his family.”

This nurse did not perform that night in hopes of recognition. She did it because her values wouldn’t allow anything else. She would have never known the impact she had on the Fitzpatrick family, years after Brian’s death, if I had not coincidentally spoken at her workplace.

Many people do good things no one will ever see or know about. We have all heard the message, “Do something positive for someone and don’t let anyone know.” However, it sure is nice to let someone know the difference they make.

Take time to make that call, send that note, or share face-to-face why they are making or have made a difference in your life.

Yes, there are those times in which people make monumental differences. However, don’t let times, big or small, pass by without letting someone know they make a difference.

A person never knows when the acknowledgment will come at just the right time.

ELKINS — Improving the appearance of a community does not require a huge investment. Consider someone who owns a ... 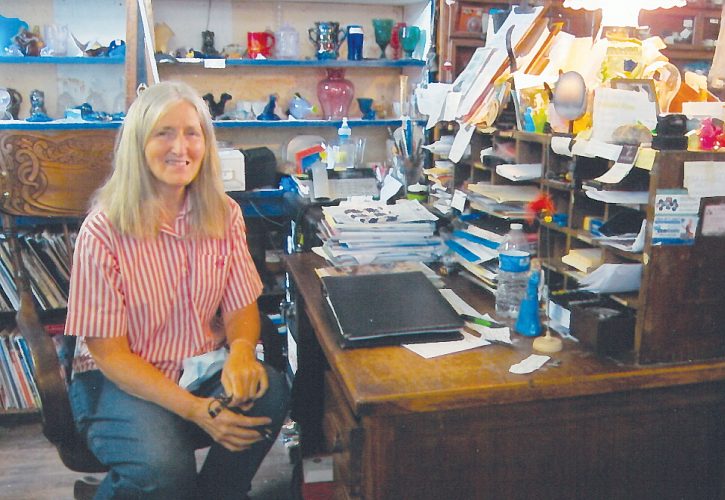 ELKINS — “Downtown” is the heart and soul of a community.A great downtown is a requirement for attracting ...

Change requires small wins and obtaining the involvement of several in the community. However, this is not enough. ...

Creating a Vibrant Community requires a community to change. What needs to be done to improve the odds for ...