The essentials of trail camping

In this time of being inconvenienced and occasionally going without the “essentials” it is worth remembering how unimaginable our modern conveniences and technology would appear to prior generations.

We over-rely on technology, even in the wilderness. I’ve known people who consider themselves “wilderness survivors” because they accidentally found themselves out over night without a GPS, gas stove, smart phone, flashlight or other “essentials.”

The famous naturalist and conservationist John Muir often traveled for days at a time through the mountains with nothing but the clothes on his back and some food in his pocket. Until the early 1900s it was not unusual for someone without other means of transportation to set out cross-country on foot to visit friends or family. They traveled light, taking only real essentials, and have passed down this idea of camping as you go, instead of “going camping.”

Take for instance the foot soldiers who simply slung a “blanket roll” over one shoulder; essentially a wool blanket rolled into a tube while inside was a change of clothes and maybe small items like a sewing kit, extra socks or a Bible. That was rolled up in a waterproofed poncho, then folded over and the ends tied together. The poncho was canvas coated with vulcanized rubber called “gum” and it served as a blanket or waterproof shelter. Some soldiers also carried a strapped, canvas bag called a “haversack” that could be waterproofed the same way and used to hold items such as rations, cooking kit, extra ammunition, comb, and toothbrush.

Military and civilians alike might use a Knapsack, the grand-daddy of today’s backpacks. The earliest ones were frameless, box-shaped designs made of canvas, plain or waterproofed, with a top flap, blanket roll attachment straps on top, and fitted with shoulder straps. A knapsack typically had two compartments for holding the same kind of haversack items, but it was easier to keep things organized.

Magnetic pocket compasses were available back then and, while not as accurate as today’s instruments, people knew how to use them. A pocket watch was handy and many people could set the time close enough using the position of the sun. A traveler’s bed might be nothing more than piled-up brush, while they slept in their clothes only covered with a coat. A wool blanket and waterproof poncho kept them warm and dry. In real cold weather campers slept by a campfire or made a row of fires that warmed the ground for laying on after pushing away the coals.

Starting a fire called for a flint and steel, or using a “burning glass” to focus the sun’s rays onto a piece of char cloth to create a glowing ember. Making fire was a part of everyday life so it was easy enough to start a campfire when needed. Campers knew the best firewood to use and how to build a cabin fire for warmth and light, or make a hunter-trapper or key-hole fire for cooking. Their cooking kit might include nothing more than a small coffee pot, small pan, fork, and a metal cup or a can. A camper’s rations typically included staples such as flour, salt, coffee and sugar kept in small waterproof bags. Some carried smoked bacon or dried meat, but by the 1870s one could also buy cans of deviled ham, tomatoes, fruit, beans, milk, fish, vegetables, and beef. Raw meat was cooked in a pan or on a stick over the fire. Foraging for edible greens, roots, and berries was a common skill as was boiling water from the stream.

Every trail camping task back then was a challenge in being efficient without using up one’s energy; physically demanding and mostly inconvenient, but certainly not impossible. And, it wasn’t technology that enabled our forbearers to travel the back country and live for days or weeks at a time, all alone. What made it possible was determination, knowledge, and the skill to put to good use some very basic equipment and the plentiful resources provided by nature. Those are the “essentials”.

In Chapter 2 of Building a Vibrant Community, Quint Studer shares “The Pensacola Story” – the story of his ...

In March, the Elkins-Randolph County Chamber was thrilled to have Quint Studer — author of “Building A Vibrant ... 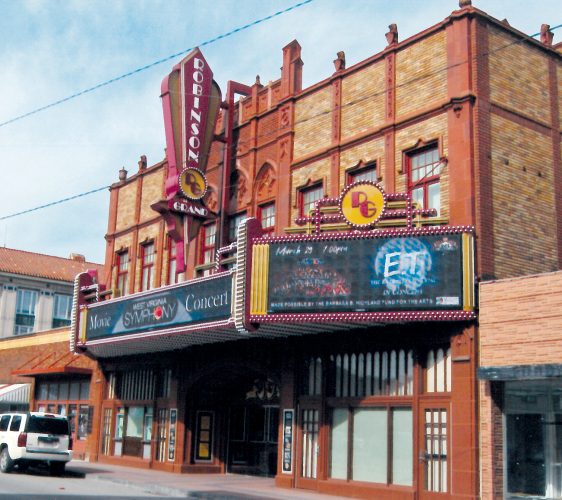