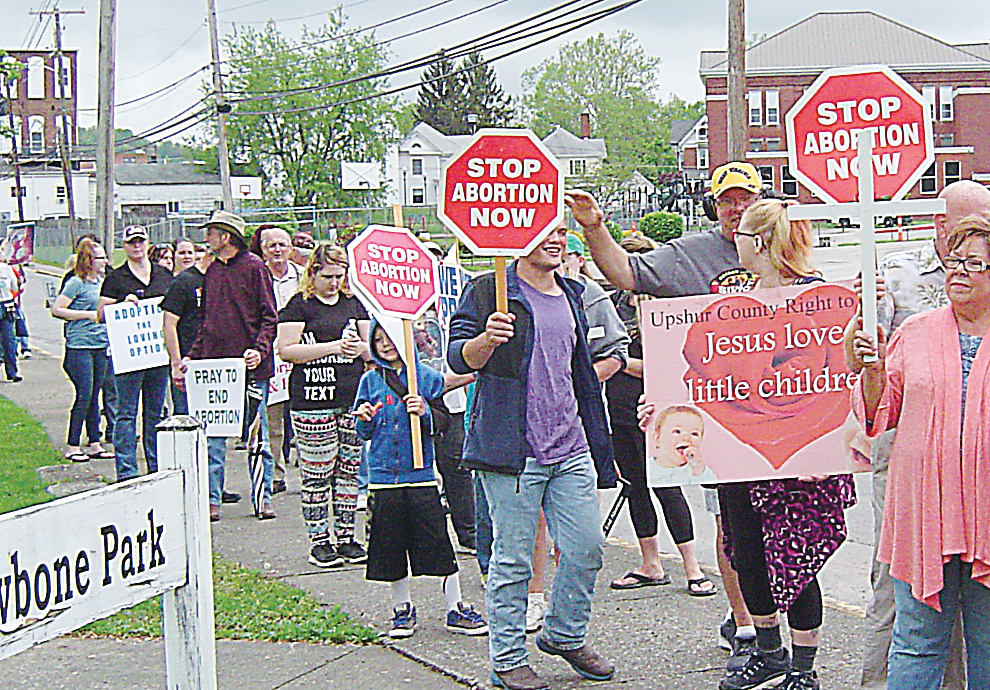 Submitted photo A mixed crowd of over 100 adults and children from Lewis and Upshur counties attended Upshur County Right to Life’s 36th annual Mothers Day Rally and Walk for Life May 4 at Jawbone Park.

A mixed crowd of over 100 adults and children from Lewis and Upshur counties attended Upshur County Right to Life’s 36th annual Mothers Day Rally and Walk for Life May 4 at Jawbone Park, where President Maureen Hull gave the welcome.

She thanked those who attended for coming out and showing their support for the unborn and memorializing the 60 million babies that have been aborted since Roe vs. Wade of 1973.

Hull stated that states are now trying to have late term abortions and even let the baby die after being born. She stated that we have the Rally & Walk to stand up for the helpless and keep the issue of abortion in the eye of the public. Hull stated that we need to speak up for those who cannot speak for themselves and quoted Matthew 18:14 ” So is not the will of my Father who is in Heaven that one of these little ones should perish.” She also quoted Mother Teresa as saying, “My prayer for each of you is that you may always have the faith to see and love God in each person including the unborn.” She also read a verse from Phil Keggy’s song, “Little Ones” and read the lyrics of the song, “Only God Knows,” by Sheldon Mencer.

Hull then thanked and named the individuals and churches that are helping them to get and keep up the billboards on abortion in Upshur, Harrison and soon Kanawha counties and named the churches that donated to the walk. The band Free Indeed played during the event.

Speakers at the rally and walk were Pastor Dave Riddle who spoke about the Bible showing that the baby is a human in the womb, that abortion is murder, that partial birth abortion is brutal, that every life is precious, and that unless we stand up for life we will be accountable before the Lord. Pastor Jerry Murrell spoke about what a selfish cruel nation we have been, and about New York’s view on abortion, and what Alabama State Rep. John Rogers (D) said about abortion, “Some kids are unwanted, so you kill them now or you kill them later.” Murrell stated abortion is murder. Pastor Scott Owens spoke about iniquity in the heart, Virginia wanting to kill babies, don’t be afraid of the enemy, and sin separates us from God. He also did the invocation and the blessing of the walkers and food.

The Walk then ensued with everyone (with signs and crosses with a single rose to denote the aborted) joined solemnly together as one to show their love for the unborn and to remind the public of their loss–around 60 million dead unborn children since the 1973 Roe vs Wade that legalized abortion on demand.

After the walk, the participants returned to the park where they were treated to a lunch of pizza and drinks donated by Upshur and Lewis county businesses.

A gift card was given to Edith Hosaflook (who this year had her 95th birthday) for collecting the most money. Second place went to Barbara Kincaid and Missy Uncapher who tied for second place and received gift certificates. The oldest walker, Hazel Davisson, who is 100 years old, received a gift card for being the oldest walker.

Many door prizes donated by Lewis and Upshur County businesses were awarded. Hull named and thanked the businesses and asked those present to support those businesses.

Special thanks are given to all who participated or helped in any capacity with the rally and walk. 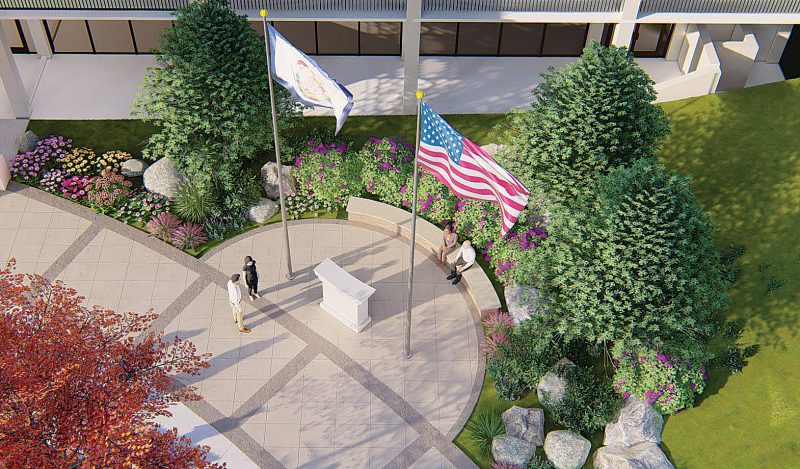 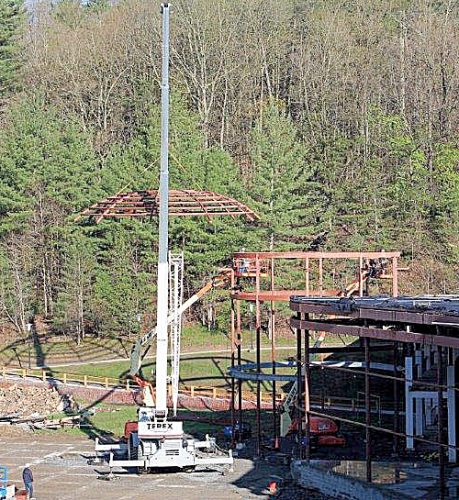