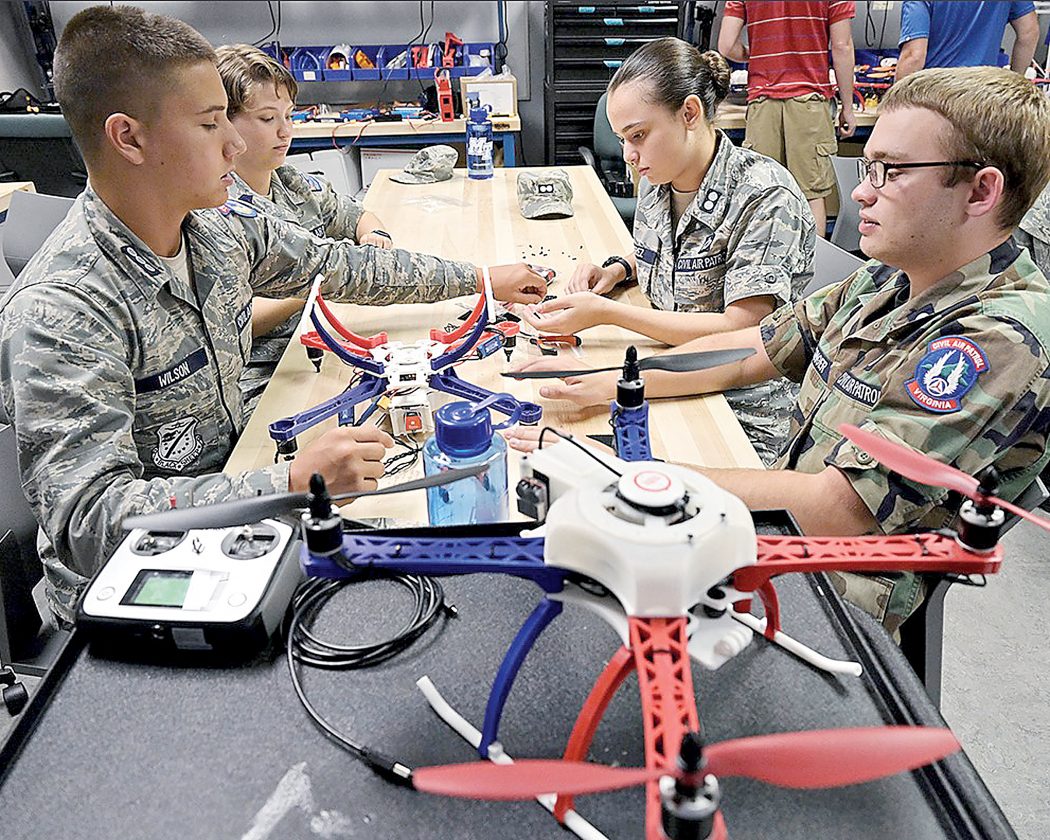 The program, in its third year at MTSU, brought cadets together to learn about robots, mechatronics engineering (a combination of mechanical, computer and electrical engineering) experimental vehicles, and other aspects of science and STEM technology. They also learned about the MTSU aerospace air traffic control simulators on-campus and Flight Operations Center simulators and maintenance facilities at Murfreesboro Airport.

Cadet Weirich competed on a nationwide level for one of the 36 academy slots. Cadets were chosen on qualifications including leadership skills and interest in engineering and aerospace education.

The cadets lived in campus housing during their stay at the academy and were instructed by both Civil Air Patrol and MTSU staff.

Prior to graduation, cadets submitted and presented unmanned aerial projects for evaluation. Cadet Weirich worked with three other cadets building a drone, which they flew on the property of a nearby farm. Cadet Weirich stated that “the controller was very sensitive and the slightest touch had a great effect on the distance the drone would travel.” 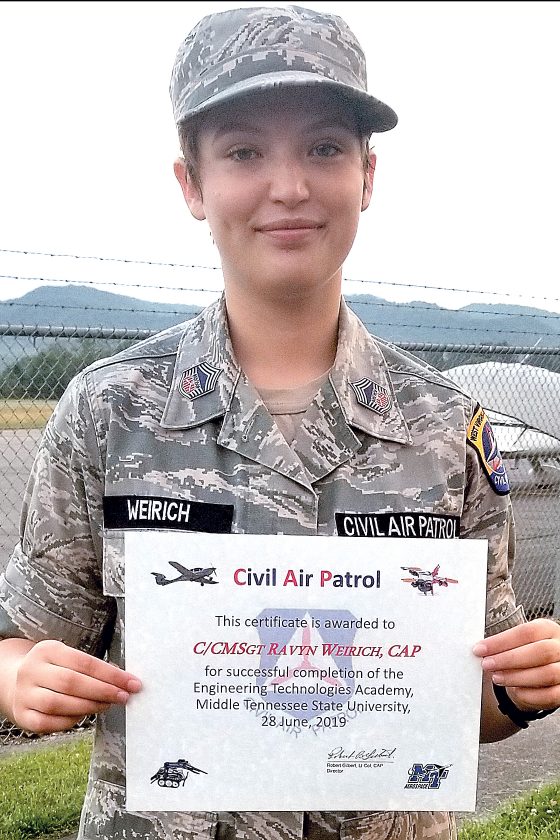 Weirich recalled her favorite activity while at the academy. “Groups constructed robots that ran on solar energy…we held tournaments to see which robot could outlast the others.”

When asked what she enjoyed most about the academy, Cadet Weirich stated, “I met cadets from all over the country…the academy opened my eyes to different opportunities in engineering and aerospace education.”

Weirich joined Civil Air Patrol in December 2015. Since joining, Weirich has held many positions in the squadron, including flight sergeant and aerospace education NCO. She is a 2018 graduate of the Cyber Defense Training Academy. She currently serves as the assistant representative on the West Virginia Cadet Advisory Council and has completed the West Virginia Wing in-residence Cadet Leadership Training Course.

Civil Air Patrol, founded in 1941 just before the start of America’s involvement in World War II, has more than 60,000 volunteer members. Congress chartered the organization to support the Air Force; it’s best known for its aerial search and rescue missions, cadet program and commitment to aerospace education.