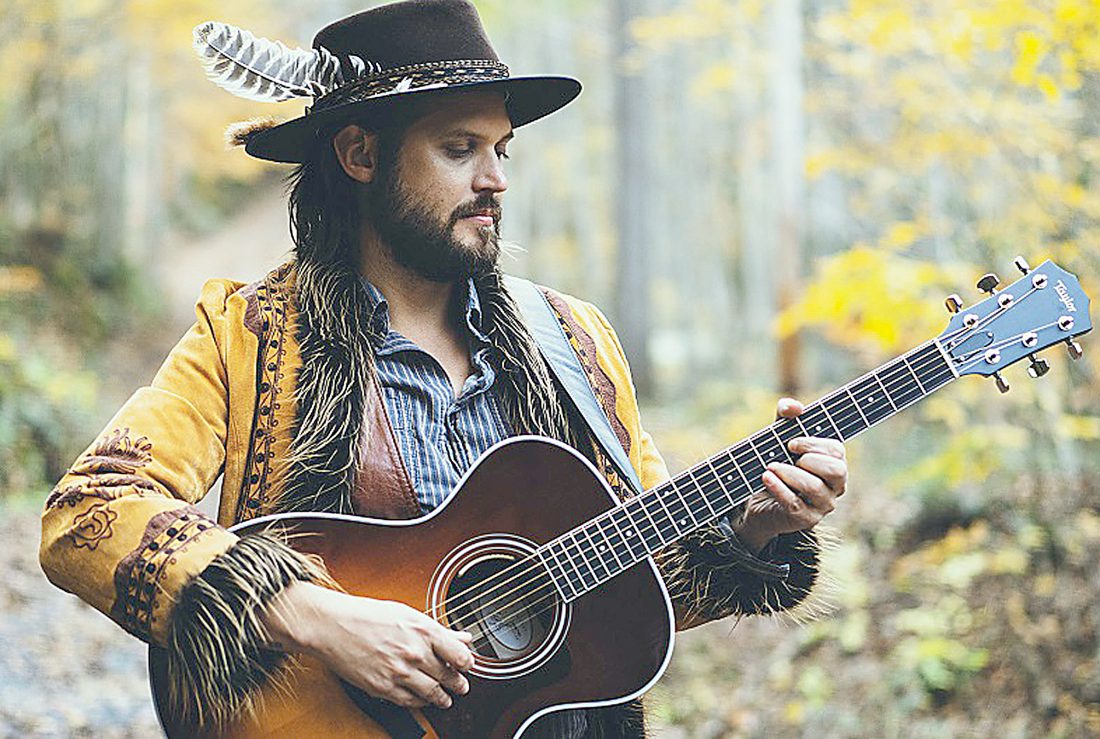 ELKINS — The Augusta Heritage Center of Davis & Elkins College and Mountain Stage with Larry Groce are again teaming to present a stellar performance to conclude Augusta’s summer season. The annual Augusta Festival Concert is set for 7:30 p.m. Saturday, July 27 in Myles Center for the Arts Harper-McNeeley Auditorium on the College campus.

Tickets are $25 general admission and can be purchased online at www.augustaheritagecenter.org, by calling 304-637-1255 or in person at the Augusta Box Office in Jennings Randolph Hall on the D&E campus. Student tickets are $15 with student ID at the D&E Box Office in Myles Center on the night of the concert only. Remaining tickets will be available the night of the show at the D&E Box Office beginning at 7 p.m. Tickets include admission to the dance after the concert. Presented by the Augusta Heritage Center of Davis & Elkins College, the concert is a highlight of the final weekend of Augusta’s summer session.

The Augusta Festival concert will be recorded live for the nationally syndicated radio program Mountain Stage with Larry Groce airing on 200 stations. Heard weekly on NPR stations across the country, Mountain Stage is produced by West Virginia Public Broadcasting and is celebrating its 36th year on the air.

“It’s exciting to be bringing together two organizations that are so dedicated to supporting the arts in West Virginia,” said Augusta Artistic Director Emily Miller. “Both Augusta and Mountain Stage bring music lovers and musicians from all over the world to our state and I couldn’t be prouder to be partnering for the culmination of the Augusta summer season again this year. It’s especially exciting to have so many former Augusta students and teachers in the Mountain Stage Concert. Chance McCoy, Jesse Milnes, Becky Hill, Tessa Dillon, Sam Gleaves and Kevin Chesser have all been part of the Augusta family for a long time.”

Chance McCoy is a Grammy Award winning Indie Folk musician from West Virginia. A virtuoso fiddler, guitarist and banjo player, McCoy is best known as a member of Americana powerhouse Old Crow Medicine Show. He recently released “Wander Wide,” his debut solo album, captivating its cross of the traditional and the progressive. McCoy based the album off a live residency show he put on weekly at The Basement in Nashville.

Two-time Grammy Award winners Cathy Fink & Marcy Marxer, master musicians with a career spanning more than 35 years, will be joined by Sam Gleaves. Their harmonies are backed by instrumental virtuosity on guitar, five-string banjo, ukulele, mandolin, cello-banjo and many other instruments. An eclectic folk festival on their own terms, their repertoire ranges from classic country to western swing, gypsy jazz to bluegrass, and old-time string band to contemporary folk, including some original gems.

The Washington Area Music Association has recognized the duo with more than 60 Wammie Awards for folk, bluegrass and children’s music. Fink and Marxer have earned two Grammy awards for their recordings “cELLAbration: a Tribute to Ella Jenkins” and “Bon Appetite!”. Gleaves collaborated with Fink and Marxer on a trio recording, “Shout & Shine,” which the Bluegrass Situation called, “viscerally powerful . . . a perfect illustration of cross-generational mind melds and musical melds.”

Jesse Milnes, Kevin Chesser and Becky Hill were brought together by their mutual love for the old-time music and dance traditions of West Virginia and the greater Appalachian region. The three started playing together in 2012 in Elkins, and their friendship evolved into the T-Mart Rounders. The trio consists of clawhammer banjo, fiddle, guitar, voice and foot percussion, re-envisioning percussive dance as its own instrument within the band. Their arrangements of traditional old-time tunes use dance as the primary rhythmic accompaniment, akin to a drum-set. All three collaborators have spent significant time in West Virginia learning from and interviewing master elder musicians and dancers. The goal of the project is to celebrate the traditions of Appalachian music and dance, while simultaneously pushing the boundaries of those traditions. The T-Mart Rounders released their debut album in 2017.

Big Possum Stringband is the 21st century’s answer to the question, “whatever happened to Appalachian music?” Formed in 2017, the Possums are young, excited and passionate about the rich legacy of traditional music of the American South. Contest winners Tessa Dillon on fiddle and Seth Swingle on banjo are joined by multi-instrumentalist Evan Collins to make old-time country music band. Fresh off their first-place win at the 2018 Clifftop, the Possums are bringing their mix of breakdowns, showpieces, ballads and rounder songs to audiences around the nation and the world.

Jody Carroll is a blues & roots performer and songwriter who effortlessly creates bold interpretations of old blues and American folk music, his own songs, stories and improvisational musical journeys. He is a finger style/slide guitar master and amazingly soulful singer blending flavors of old blues, folk, mountain music, jazz and rock all together into a true power packed gumbo.

“We have a wonderful mix of artistic styles planned for Augusta this year,” said Mountain Stage host and artistic director Larry Groce. “All these guests have such varied experiences and backgrounds that this show is bound to have some great musical moments, and I know it will be a ton of fun. So many of our guests have participated in the Augusta workshops over the years and we’re all excited to be bringing Mountain Stage back for a sixth year.”

A Center of Excellence for more than 45 years, the Augusta Heritage Center of Davis & Elkins College offers several week-long programs featuring instruction in many traditions of music, dance, craft and folklore. Concerts, dances, a summer festival and other heritage arts events are part of the Augusta experience. The Augusta Heritage Center is also home to significant collections of field recordings, oral histories, photographs, instruments and Appalachian art.

Programs offered by the Augusta Heritage Center of Davis & Elkins College are presented with financial support from the West Virginia Division of Culture and History, and the National Endowment for the Arts, with approval from the WV Commission on the Arts. Local support is provided by the Randolph County Convention and Visitors Bureau and the Randolph County Commission.