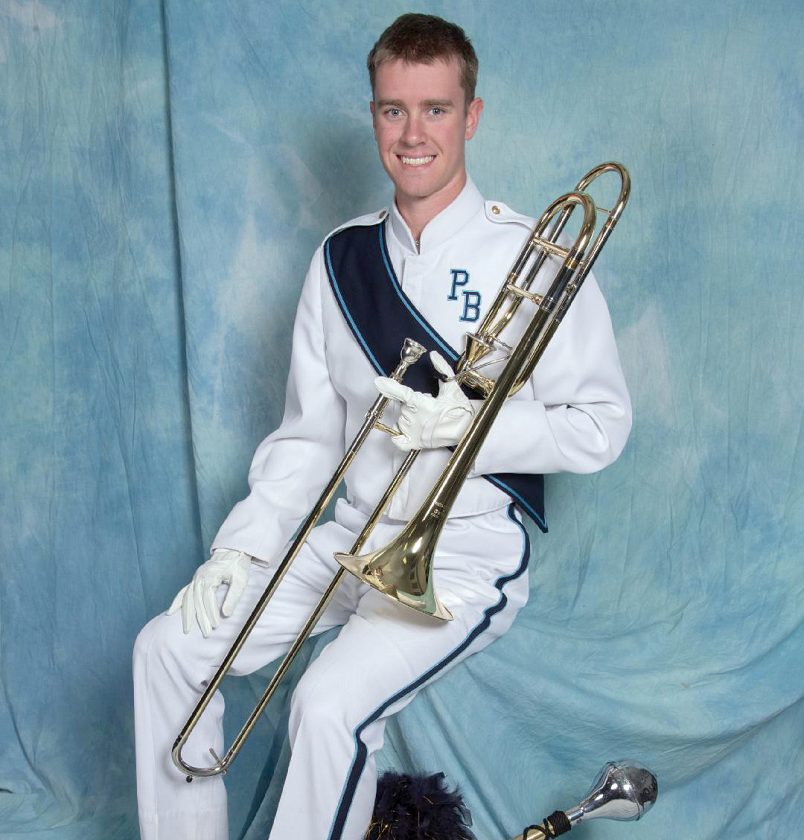 RESTON, Va. — During the 2018-19 school year, along with other accomplished music students across the United States and overseas in military base schools, Jakob Baker from Philip Barbour High School practiced with dedication to gain a chair or part in West Virginia All-State Band.

And now Baker will join the “best of the best” for the National Association for Music Education (NAME) 2019 All-National Honor Ensembles November 7-10, 2019, at the Gaylord Palms Resort and Convention Center in Orlando, Florida. The Jazz Ensemble, Mixed Choir, Guitar Ensemble, and–new this year–Modern Band concerts will take place 7-10 p.m. , November 9, and the Symphony Orchestra and Concert Band concerts will begin at 9:30AM, November 10. The concerts are open to the public. Tickets are $10 and may be purchased online or onsite.

Baker is a senior trombonist in “The Pride of Barbour County,” where he also serves as the band’s drum major. He has been a member of the band four years, where he also plays in the concert band, and mixed brass quartet. He is sponsored by his Band Director, Victor J. Iapalucci, Director of Bands at Philip Barbour High School.

The All-National Honor Ensembles performers represent collaboration and creativity in its highest musical form. The All-National Honor Ensembles consist of a concert band, symphony orchestra, mixed choir, jazz ensemble, guitar ensemble (now in its second year), and modern band (new this year). Students were chosen through an audition process. The concert band and symphony orchestra will each have 119 and 121 instrumentalists respectively, the jazz ensemble 20 instrumentalists, the mixed choir 240 vocalists, the guitar ensemble 41 instrumentalists, and the modern band 16 performers.

Selected students will be rehearsing a challenging repertoire in preparation for performing under the direction of six of the most prominent conductors in the United States: Tesfa Wondemagegnehu (Mixed Choir); Soo Han (Symphony Orchestra); Emily Threinen (Concert Band); Todd Stoll with Camille Thurman (Jazz Ensemble); Bill Swick (Guitar Ensemble); and Scott Burstein (Modern Band). All conductors have received top honors in their field and will spend several days rehearsing with students before the concert.

National Association for Music Education, among the world’s largest arts education organizations, is the only association that addresses all aspects of music education. NAfME advocates at the local, state, and national levels; provides resources for teachers, parents, and administrators; hosts professional development events; and offers a variety of opportunities for students and teachers. The Association has supported music educators at all teaching levels for more than a century. With more than 60,000 members teaching millions of students nationwide, the organization is the national voice of music education in the United States.