No one injured in Elkins fire 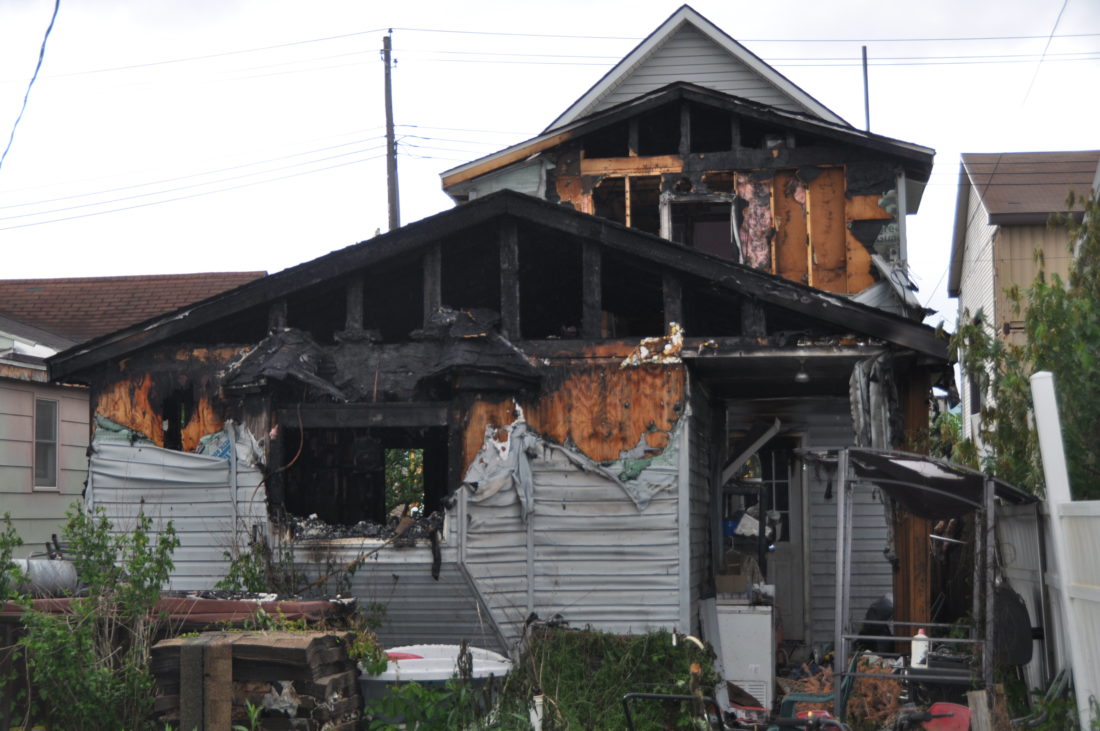 The Inter-Mountain photo by Tim MacVean A Livingston Avenue residence sustained severe damage after a fire during the early morning hours Thursday.

ELKINS — Nobody was injured early Thursday morning when a fire overtook a residence in South Elkins.

Fire crews were called to a Livingston Avenue residence at approximately 3:30 a.m. Thursday morning to battle a blaze in the rear of the residence, Elkins Fire Chief Tom Meader said.

“I’m not really suspicious or anything. I called the fire marshal’s office in just to determine what really happened,” Meader said. “It could be electrical but, just to be on the safe side, I always like to call them in if I can’t — it was burnt so bad in the back room. Just the one back room burnt.

“The front two sections have smoke and heat damage, but I called them in to determine what caused it and what happened,” he continued.

Two adults, three children and a few dogs inhabited the home. None of the residents were at the house at the time of the fire, and the dogs were safely rescued. 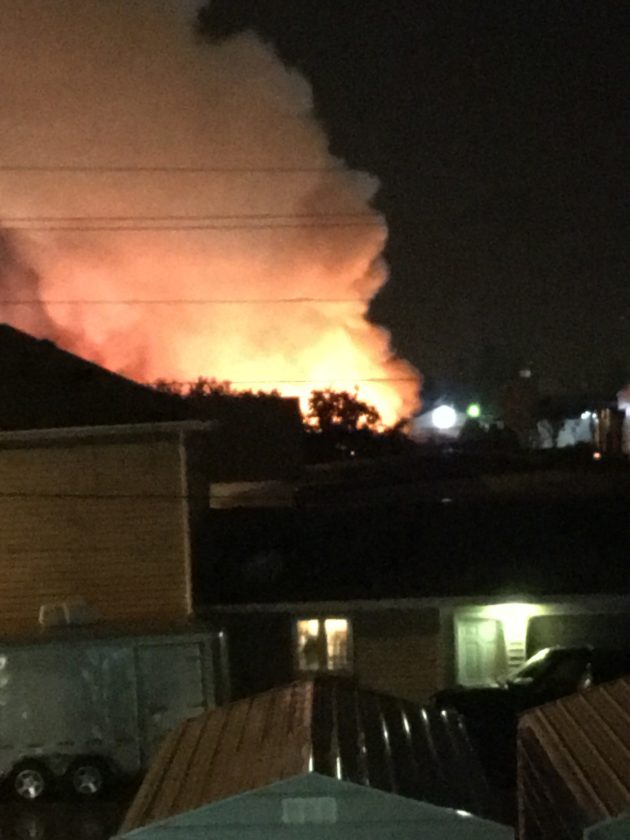 The Inter-Mountain photo by Paul Sines A fire engulfs the back room of a Livingston Avenue residence, in Elkins, early Thursday morning. Nobody was injured as a result of the blaze.

“They weren’t at home. There were some dogs in the house, but we got them all out. They are fine,” Meader said.

In addition to the damage to the home, a portion of the neighboring garage also was damaged during the blaze.

“We had an exposure damage to the garage. It just melted some siding on it,” Meader said.

The fire was “knocked down” quickly, but crews were on scene for roughly three hours.

Meader contacted the Red Cross to ensure the family had a place to stay, but said the house wasn’t destroyed.

“It’s not a total loss,” he said. “It can be fixed, but they can’t live in it right now until they get it straightened out.”

A post is being circulated on Facebook Thursday outlining what is needed by the family due to the fire destroying many of their clothes and possessions.

“(The residents) lost everything in a fire early this morning what the fire didn’t get the water and smoke did they are in need of clothes here are sizes.