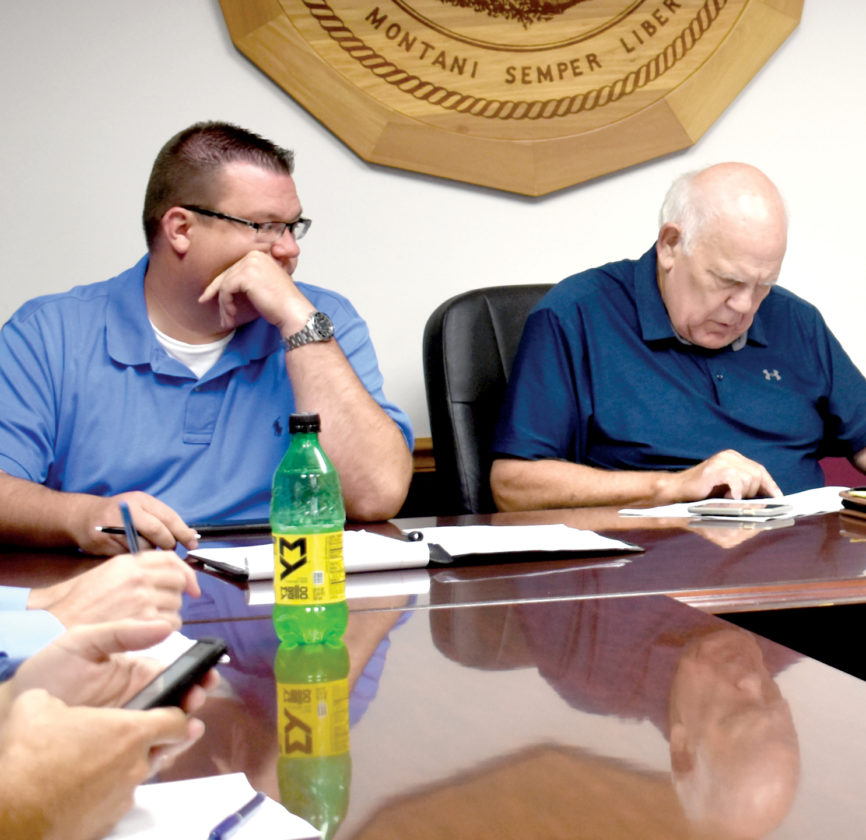 ELKINS — The Randolph County Development Authority board unanimously approved a bid for the downtown Elkins Town Square amphitheater project and plan to break ground next week.

During their monthly meeting Wednesday, the Randolph County Development Authority board of directors voted to approve the sole bid, in the amount of $45,900, from Reliable Builders of Buckhannon.

Randolph County Development Authority Executive Director Robbie Morris explained the bid is merely for labor and equipment. He added the Randolph County Development Authority and Elkins Rotary Club, who did a majority of the fundraising for the project, would purchase the material and engineering, which brings the total cost of the project to roughly $139,000.

The board also unanimously approved the ratification for Morris to reject previous bids that were received for the whole project, including materials, as they all came in over the organization’s budget.

“We put the project back out to bid and had a bid opening yesterday. We received one bid from Reliable Builders, of Buckhannon, which is a labor and equipment bid only,” Morris said. “Working with (architect) Bryson (VanNostrand) the material quotes and estimates that he has, along with that number, do bring the project within budget. I received an e-mail from Rotary President Brad Walters yesterday confirming that Rotary does have all of the funding in hand and are authorized to spend on the project.”

Morris said they anticipate breaking ground on the project at 9 a.m. on Oct. 19.

“We are going to try to schedule a pre-construction meeting for mid-next week. I have been talking with Hoy and tentatively we are looking at a groundbreaking next Friday morning,” he said. “It’s there hope to go ahead and get underway the end of next week or the beginning of the following week. Getting the concrete work and that kind of stuff immediately, due to weather, is going to be the goal.”

Morris applauded the hard work of the Randolph County Development Authority, Elkins Rotary Club and everyone involved in making the project a reality.

“I appreciate Hoy’s work and that of the Rotary Club, as well as the cooperation between the Rotary Club and the development authority, all of the community sponsors and supporters of the project,” Morris said. “When you look at the list of individuals, organizations, businesses and entities that have supported this project and the amount of money raised in a short amount of time to make this project come to fruition, it is really astounding and I am very proud of the community, this organization and all others involved for making this happen.”

Ferguson added he was appreciative to the development authority for allowing the Elkins Rotary Club to go through with the project.

“I appreciate the development authority to put that project in our downtown because it’s well-needed,” he said.

The amphitheater will be centrally located in downtown at the Elkins Town Square.

The Rotary Club of Elkins has worked for roughly one year to raise funds for the construction of the amphitheater that will be in the Elkins Town Square and used for live entertainment and other activities downtown.