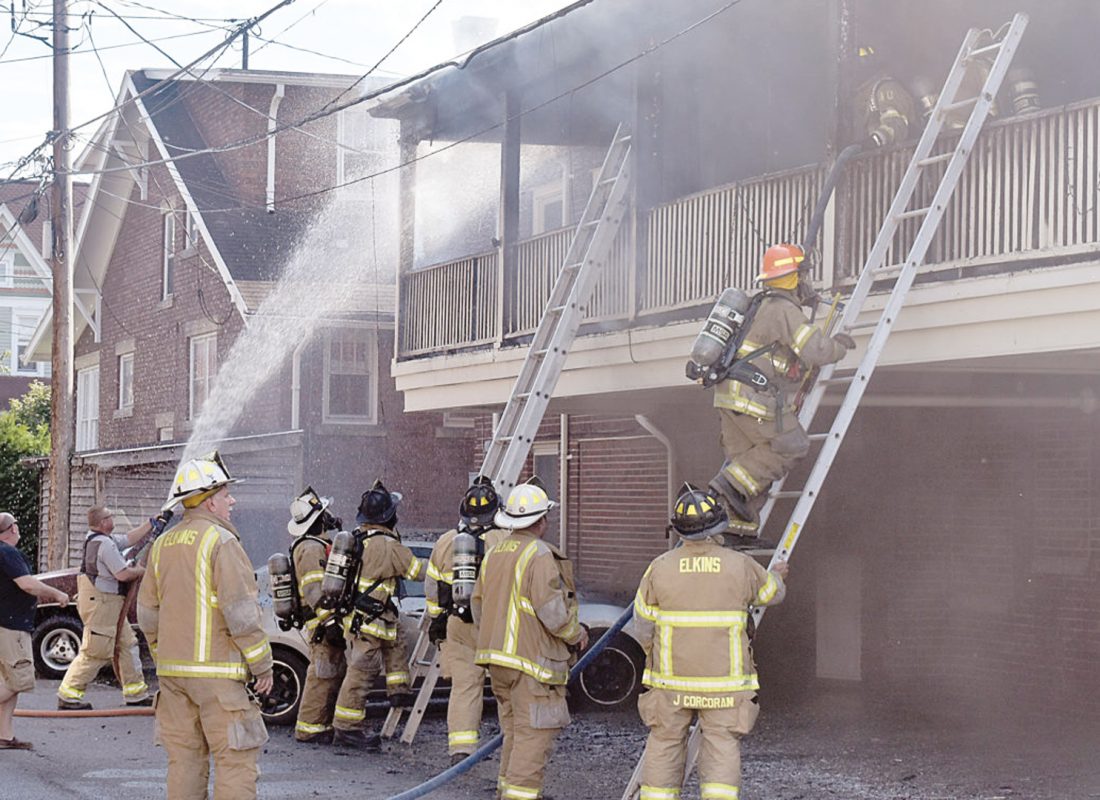 The Inter-Mountain photo by Tim MacVean Members of the Elkins Fire Department battle a fire at 210 1/2 Kerens Ave. for more than two hours in August.

ELKINS — The Elkins Fire Department responded to a total of 81 fires in 2018, according to recently released statistics.

The EFD also responded to a total of 248 rescue or emergency medical service incidents, 60 hazardous conditions calls and 59 service calls, according to the information provided by Chief Tom Meader.

The department also responded to a total of 75 false alarms or false calls in 2018.