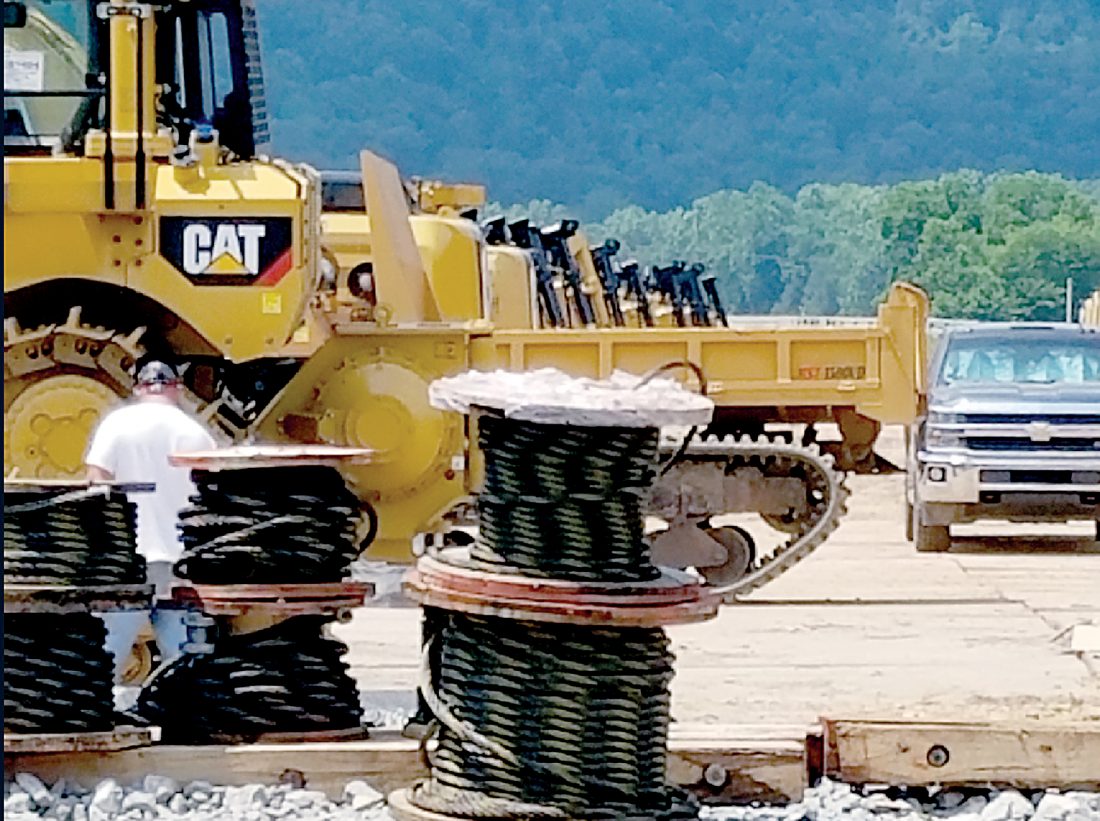 ELKINS — The work stoppage caused by legal delays is raising the cost of the Atlantic Coast Pipeline project, and pushing its projected completion date back by a year, Randolph County officials learned Thursday.

Denise Campbell, community outreach liaison for Dominion Energy, the lead developer for the ACP project, spoke before both the Randolph County Commission and Elkins City Council Thursday. The pipeline is being built to carry fracked natural gas from West Virginia to Virginia and North Carolina, 600 miles in all.

“Currently we are on a stay, which means that we had a ‘stop work’ order on Dec. 7 from the Fourth Circuit Court (in Richmond),” Campbell told the county commissioners. “At that point in time, we had to immediately stop everything, so therefore where we were working on the right of way, there were ditches that were open and pipeline ready to be moved in, so we had to wait a couple weeks to get clarification as to what we could do. We want to be sure that we are environmentally responsible. You don’t want to leave ditches open and things like that.”

Campbell assured officials stabilization activity on the project is underway in Randolph County.

“What we’re doing right now, and the only thing that we’re doing, is stabilization to the yard which we call 2A, which is in Elkwater, a few miles before you get to Valley Head,” she said. “Currently, the only thing that we are doing right now is getting pipe that we are allowed to finish putting in the ground, getting it covered up… Over in the Mingo area, in Turkeybone (Mountain), we’ve been seeding by helicopter over there.” 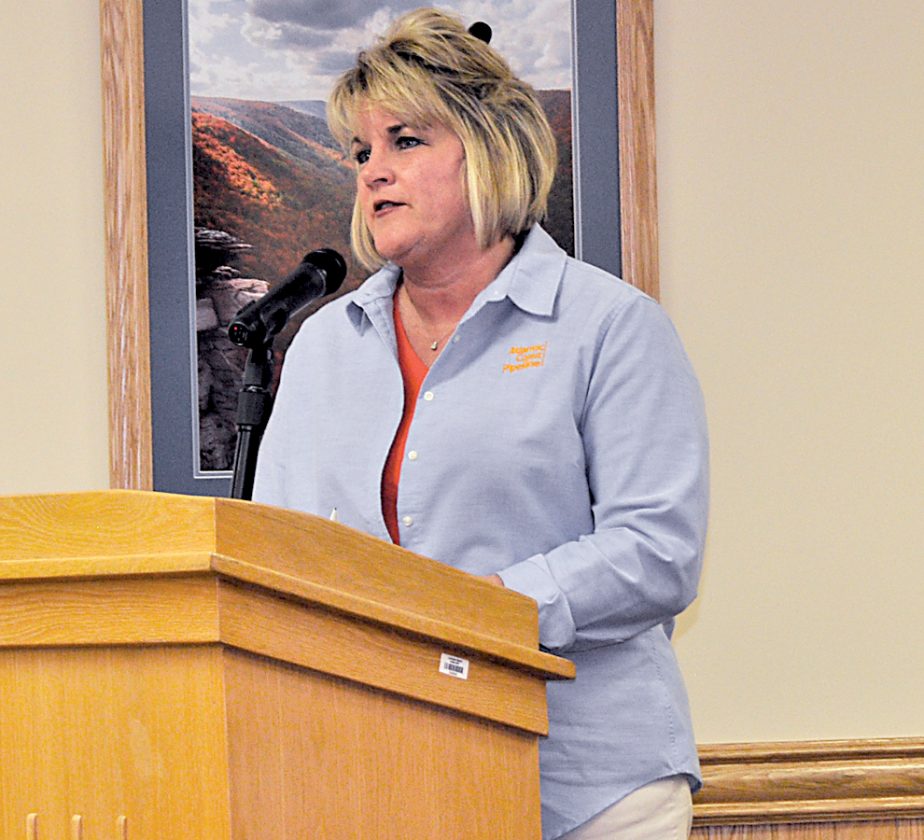 All other work has been stopped, however, and Campbell offered details on the economic impact of the delay.

“On Dec. 21, there were over 4,500 people laid off across the 600 miles, and 2,000 people in West Virginia that were laid off,” she said. “We are waiting on a court date to be able to have oral arguments in circuit court. We do not have a date yet.

“The majority of these individuals who were working on the pipeline are idle now… Some of the positive things that we feel have been good for Randolph County are the facts that we have been able to employ a lot of local individuals from West Virginia, and of course we’ve had professional pipeliners come into the area, so of course we had an increase in business for restaurants and individuals who have rental property. So if you notice things maybe aren’t quite as busy, it’s because our people are not here and our people are not working.”

“I wish you had better news for us,” Commission President Mark Scott said to Campbell, drawing wistful laughs from her and the crowd.

“We were just getting ready to have a second yard here in Randolph County. A yard, when you’re in full construction, can typically have between 500-750 workers out of that yard. We were just getting started with the second construction company building just outside of Huttonsville, on 219, and of course that all had to stop as well.”

Campbell said the cost of the ACP project is growing exponentially with the delays.

Campbell asked county and city officials to send letters of support or issue proclamations of support for the pipeline.

“We appreciate all you’re doing to try to get these jobs back to West Virginia,” Scott said Thursday afternoon. “From a purely economic development standpoint, it’s tough. You know, you’ve got all the ancillary businesses that are trying to plan their futures on what’s going to happen with the pipeline, they’re as uncertain as the pipeline is itself at this point. We’re happy to support you in any way we can.”

Scott said he would bring a resolution of support before the commission at the next meeting.