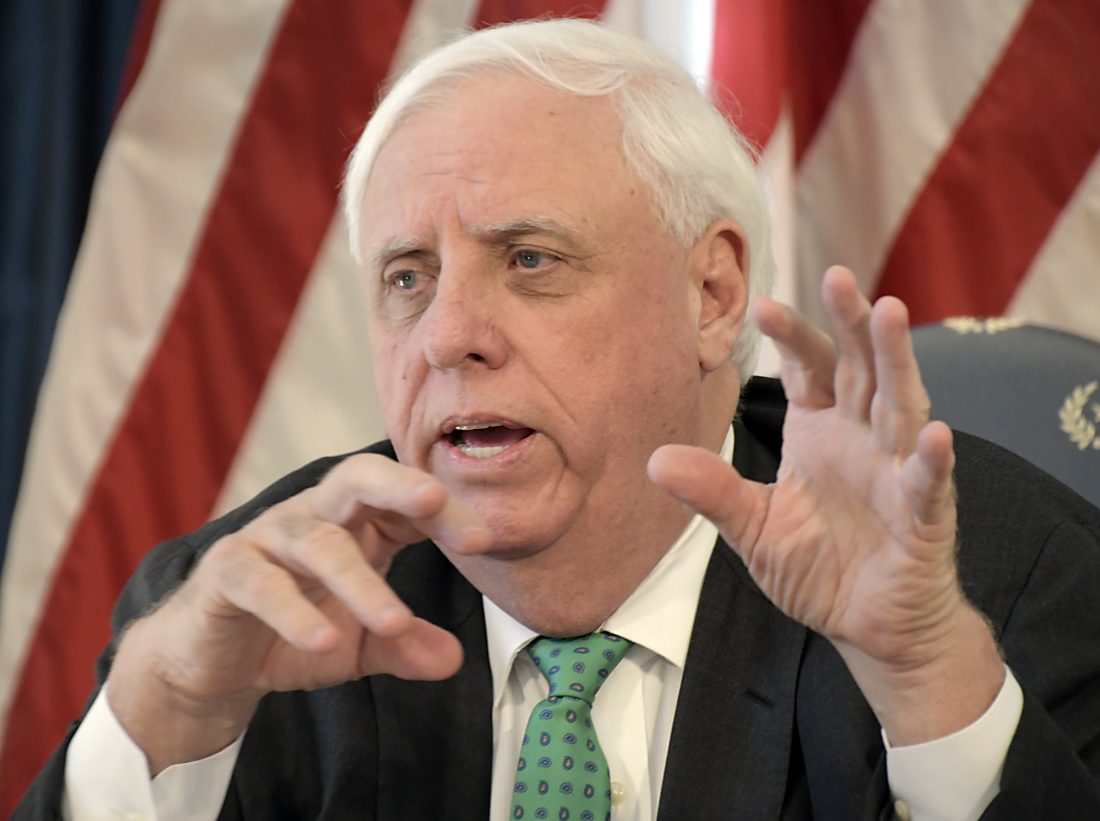 Photo courtesy of the Governor’s Office Gov. Jim Justice explains the tax revenue numbers for the month of January during a press conference Monday.

Gov. Jim Justice and officials with the state Department of Revenue held a press conference Monday to announce the latest tax revenue numbers kicking off the second half of the 2019 fiscal year that began July 1, 2018.

“Think deeper into these numbers than just the soundbite,” Justice said. “Do we think things will continue in a path of goodness? Yes, but it shows we’re managing the house the way the house ought to be managed.”

Business and occupational tax revenue was down by 7 percent from projections in January, coming in at $8.6 million, but were 6 percent ahead of the prior year’s collections. Personal income tax collections came in at $216 million, 5 percent below January projections.

“I don’t want that to be the only thing you hear today,” Justice said. “The reality is that everything across the board the numbers are spectacular.”

“I love where the numbers are,” Justice said. “We believe that things are going to continue to be good.”

The latest revenue numbers are based on an updated projected revenue estimate released by the Department of Revenue at the beginning on January. The numbers were revised upward to $142 million and included revised estimates for personal income tax, consumer sales tax, and severance taxes.

Justice said he hoped the conservative collection numbers would be a sign to lawmakers working on the budget for fiscal year 2020 to be mindful when considering new spending.

“The good thing about coming up a little short is it is a little of a shot across the bow to all of us in government to say, ‘let’s not get carried away upstairs and think the money is coming in from everywhere under the sun’ and get ourselves out where a skier would be and ahead of our skis,” Justice said.