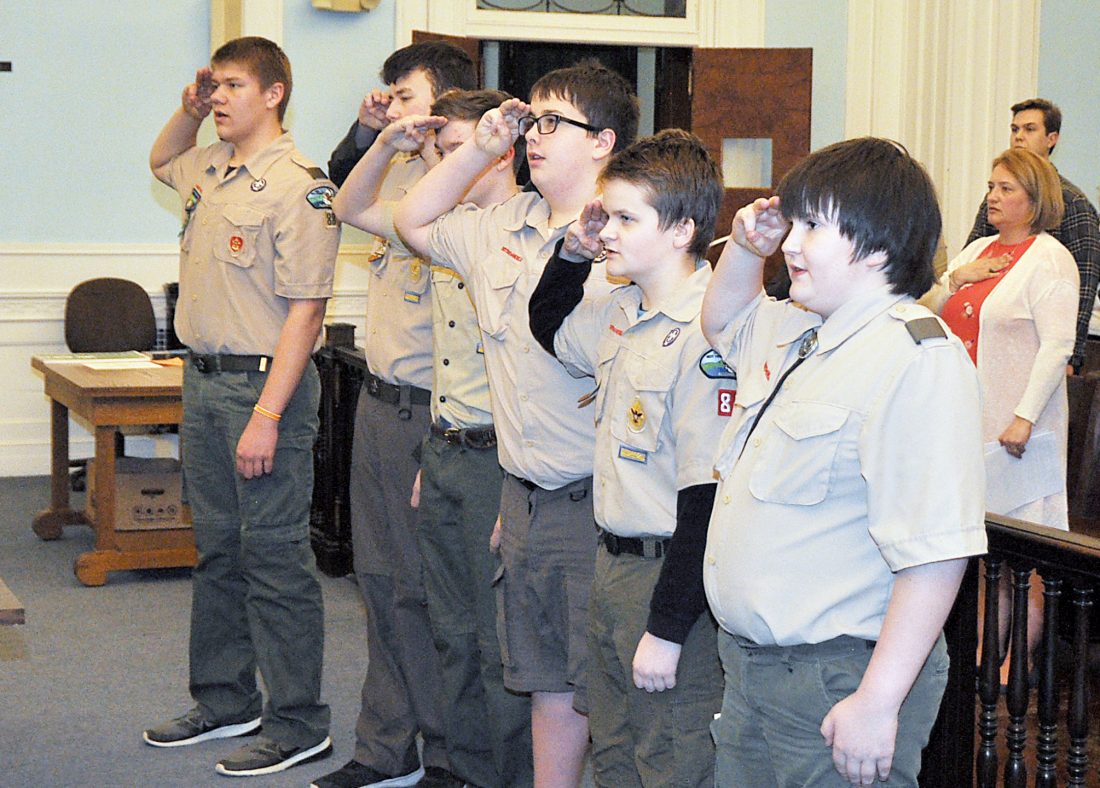 ELKINS — Elkins City Council has approved a $5.5 million budget for the 2019-20 fiscal year for the city of Elkins.

The budget includes funding for city employee pay raises that will be determined according to the “step and grade” pay program approved in August by council.

Outside contributions in the new budget will increase by $67,950.

The budget also includes expenditures which will be taken from the projected revenue from the city’s new 1 percent sales tax, which went into effect July 1.

A total of $125,000 will be spent out of the sales tax revenues on Elkins Police Department costs. City Treasurer Tracy Judy read from a letter to council members at Thursday’s city council meeting that “13 police officers, grade increases due to changed work schedule, are budgeted under Dept. 700 (Police Dept.).”

Council had talked about spending $125,000 on police costs during the two special planning meetings held for discussing the sales tax revenues, but at that point officials said they were looking at using those funds to hire a new Elkins Police Department officer, including providing a vehicle.

The budget includes expenditures of $267,000 from the sales tax revenue for current City Hall projects, including a City Hall parking lot project, GIS needs and marketing; and $45,000 for current projects at the Phil Gainer Community Center.

Also included is spending $70,000 of the sales tax revenue on a hanging basket expansion project and streetscape implementation; $500 for adoption of a new zoning ordinance; and $7,500 for signage or a kiosk outside City Hall for better public notification.

The budget includes expenditures of $50,000 of the sales tax revenue to create a fund for the demolition of condemned structures; $25,000 to create a matching grant fund; $20,000 for codification; and $5,400 for a charter review.

Also included is spending $33,000 of the sales tax revenue to improve parking and pedestrian safety in Tablet Square, but the grant application for that project has not yet been approved after more than a year and a half, officials have said. The grant application requested more than $100,000.

The budget also includes spending $1,200 to hire or contract a city arborist. Council had talked about spending $40,000 of the sales tax revenue to hire, or contract, a public relations person responsible for all the city’s media. However, City Treasurer Tracy Judy said Thursday that “discussion is ongoing” regarding a public relations position, so that expenditure is not included in the upcoming budget.

The city has announced receiving two sales tax revenue checks from the state thus far, totaling $474,413.37 from the first five months after the tax went into effect.