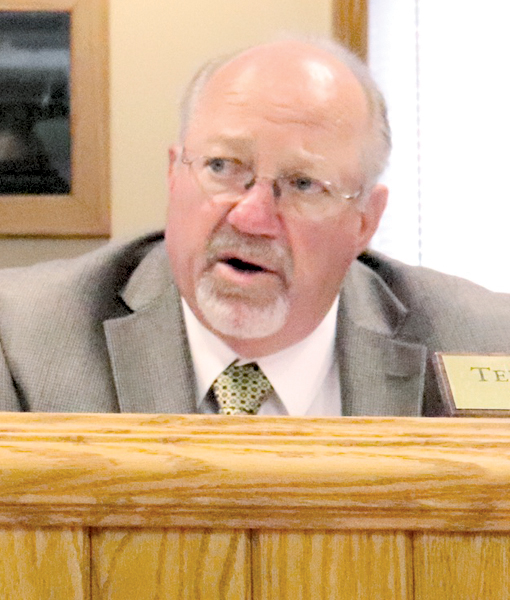 BUCKHANNON — Both the Upshur County Commission and Buckhannon City Council are asking the West Virginia Department of Highways to study what can be done along Route 33 to help prevent crashes, particularly at Childers Run and Kesling Mill intersections.

During Thursday’s Upshur County Commission meeting, county administrator Carrie Wallace said she and commission president Sam Nolte attended a recently district meeting with the WVDOH and were able to use the opportunity to ask about dangerous intersections on Route 33 specifically Kesling Mill and the Childers Run Road.

“We asked if they could potentially perform another study as they did in 2016 upon your request for the potential of the erection of a stoplight or multiple stoplights,” she said. “They have committed to taking another look at these intersections and the stretch of road between Hampton Inn all the way through Kesling Mill.

“We asked that there be a potential to decrease the speed limit in that area,” she said. “We would rather see them put up a stoplight but if they are unable to do that because of traffic volumes — which is what the study determined in 2016 — we asked that there be a potential of putting up some dangerous intersection signs or flashing lights on the side of the road to notify individuals who are not from this area that there are dangerous intersections.”

Wallace said DOH officials told her they would contact the commission when those studies are complete. 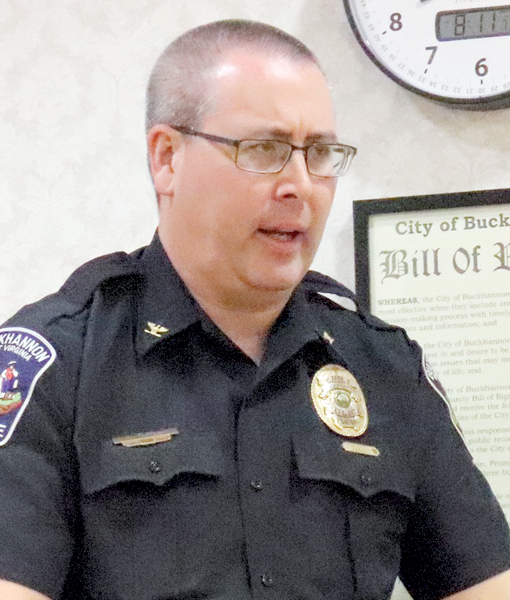 Following the deaths of Sarah Downes and Matt Hymes after Hymes pulled in front of a tractor-trailer at Childers Run, there was an outpouring of remarks, emails and Facebook posts begging the city to again reach out to the DOH and ask for the consideration of lowering the speed limit at least from Brushy Fork Road out to Childers Run or out to Kesling Mill, according to McCauley.

“I would tell you that this was a pet project and a constant gripe of former mayor Kenny Davidson,” he said. “Kenny Davidson could not get the DOH to consider lowering the speed limit or any other installation of devices that might get people’s attention to reduce accidents.”

McCauley said the federal Department of Transportation has predicted that upon Corridor H’s completion, traffic will increase by 330 percent.

“Think about that for a minute – 3 1/3 more cars for every car we presently have,” he said.

“It’s going to be an exponential increase. It’s going to get worse. We could keep turning the deaf ear and the blind eye to these situations or we could be more assertive and vigilant and perhaps appropriately honoring the many folks who we have lost on U.S. Route 33 over the number of years the highway has developed.”

Councilman Dave Thomas said, “I’m not sure dropping the speed limit is going to do exactly what we want to have done. I think that a lot of people don’t obey speed limits and it may be advantageous to put a light either at Childers Run or at Kesling Mill and that would have an affect at reducing the speed of everybody.”

Buckhannon Police Chief Matt Gregory said some of the worst accidents he has seen are at Brushy Fork Road with a stoplight when people, sometimes drivers of large trucks, try to beat the light and end up T-boning someone in a collision.

However, Gregory said he had long been of the opinion that as development continues along Corridor H that traffic needs to constantly be reaccessed and looked at from a safety perspective.

“Given what i have seen, certainly speed has been the factor with a lot of different accidents out there — fatality and otherwise,” he said.

Gregory said-one of the primary stipulations is the volume of traffic that the state looks at for stop signs versus traffic lights.

Councilman Robbie Skinner said there were eight places where a driver can cross the highway to enter Buckhannon from Red Rock Road to Kesling Mill.

He said it should be explored what has been done in other areas and if that was a local push or from the state.

“Why was the speed limit on 79 dropped from 70 to 65 in Harrison County but it’s not dropped in Marion County where there are several Fairmont exits and there are still several wrecks every day,” he said. “It’s just interesting how these speed limits have been drafted.”

Skinner said he would support asking for a study.

Skinner made a motion, seconded by Thomas to ask the DOH for a study.

Prior to the meeting, a visibly emotional McCauley read a statement about the community’s loss of Downes and Hymes.

“I wasn’t acquainted with Ms. Downes, but we all sympathize with her family and friends and her passing is a tragic loss,” he said.

Hymes worked behind the scenes for the city for 53 years and performed numerous tasks as an assistant city attorney.

“He may not be here any more physically, but let there be no mistaking it – Matt Hymes will forever be part of this place, and all things City of Buckhannon – spiritually,” McCauley said.

In other business, the commission:

• approved Federal Aviation Administration Outlay Request Number 5 in the amount of $67,078 for the Airport Improvement Program Project at the Upshur County Regional Airport. A new terminal is under construction.

• approved a request from Nate Kennedy, consulting forester for Kennedy Forest Management Services for $7,651 from the performance bond to be released to Northwest Hardwood Inc. and to accept the final reclamation of the Curry Park Timber Sale.

• reviewed correspondence from Jerry Arnold, City of Buckhannon Director of Public Works, about a proposed address change for 40 Chancery Street which would be changed to 2 Chancery Street if approved by city council. Wallace said the only costs for the county would be a new sign for the maintenance shop and new business cards for Greg Harris, county maintenance director. At Thursday’s council meeting, on motion by Skinner and second by councilman C.J. Rylands, the motion passed to renumber the street to follow addressing and mapping guidelines.