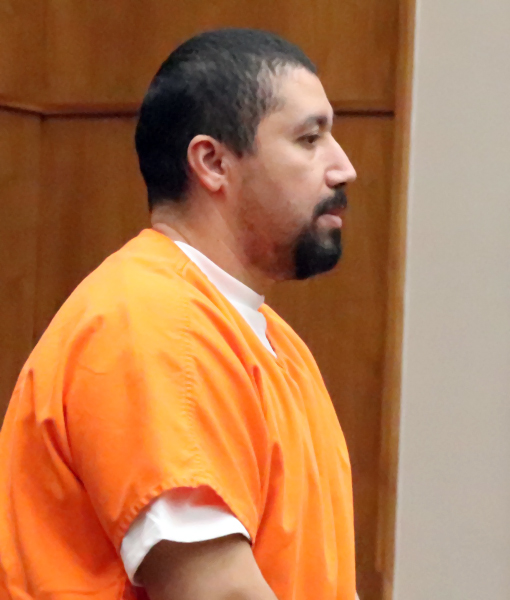 BUCKHANNON — A man who had filed a petition for habeas corpus in 2018 over his 2014 second-degree murder conviction has now dropped his application.

Rodolfo “Chino” Villagomez Correa, now 38 years old, reached a plea agreement for the 2012 murder of Joshua Oberg in which he pleaded guilty to second-degree murder and conspiracy to commit murder. He was sentenced to a term of 10 to 40 years for the second-degree murder charge and one to five years for the conspiracy charge to be served consecutively but is eligible for parole after 10 years. Correa’s co-defendants in the case, Robert Siron III and Jessie Lee Heater also received sentences for their roles in the murder.

In 2013, Correa had received a federal sentence of 46 months in prison for possession of firearms by an illegal immigrant in the United States that is to be served consecutive to the above sentence.

More recently in the habeas corpus case, Correa has filed a request to withdraw his habeas corpus filing saying it was not in his best interest.

Subsequent to that, Correa’s attorney, Jerry Blair, requested to be relieved of habeas counsel.

On Tuesday, 26th Judicial Circuit Judge Kurt Hall told Correa he did not have to explain why he was asking to withdraw the habeas corpus.

However, Correa offered the following explanation and said he thought that it would reduce his sentence.

Hall said that if the habeas corpus had been granted, Correa would have “gone back to square one” and faced a trial all over again.

The judge said he would dismiss the motion to withdraw the habeas corpus without prejudice meaning Correa could refile in the future.

Hall also said that Blair was no longer habeas counsel by virtue of the court dismissing the petition.

In a separate hearing, Ridge Huffman, 29, was back in court related to his own habeas corpus petition.

Huffman received a sentence of 15 years to life in prison in 2010 for the first-degree murder of Rebekah Gibson. His guilty plea then also avoided a trial.

Huffman’s new attorney Ira Richardson, only received the file in the case Monday, and Hall began the hearing by telling Huffman that he should not be the one filing motions before the court.

Huffman’s latest motion was that Richardson must obtain consent in writing from Huffman before he does anything in the case but Hall said that Huffman had picked out parts of three different rules and cobbled them together to make up a new rule.

“You have to trust Mr. Richardson’s representation or you don’t at all,” he said.

The judge explained that Huffman would have his say when Hall reviewed the items on the loshlist (yet to be filed) with him one-by-one in court.

Prosecuting attorney David Godwin said he did not have a copy of Huffman’s motion which Hall pointed to another issue with Huffman making his own filings outside of an attorney.

He said that Huffman needed to work with Richardson for the next proceedings in the case. With having just received the file Monday, Richardson said he would need 120 days to be ready to proceed next. Richardson also said he would set up a system where he communicates with Huffman by mail.

In a separate case, Larry Wayne Gregory, 53, reached a plea agreement in circuit court Tuesday. The plea hearing was originally scheduled for Friday but Gregory was incarcerated Friday after he admitted to using meth a couple days prior. Represented by G. Phillip Davis, Gregory returned to court Tuesday for a rescheduled hearing and the plea offer remained.

Under the agreement, Gregory will plead guilty to failure to update sex offender registration, life registrant, first offense, versus the second offense charge he had been indicted for previously.

Gregory told the court that he returned from prison and found employment but didn’t think he needed to register his farmhand job with the West Virginia State Police’s sex offender registry because taxes weren’t being withheld. Hall set sentencing for June 13 at 11 a.m.

Godwin said he had filed a motion to revoke bond for Gregory and Hall set he would set Godwin’s motion for a hearing sometime before June 13.