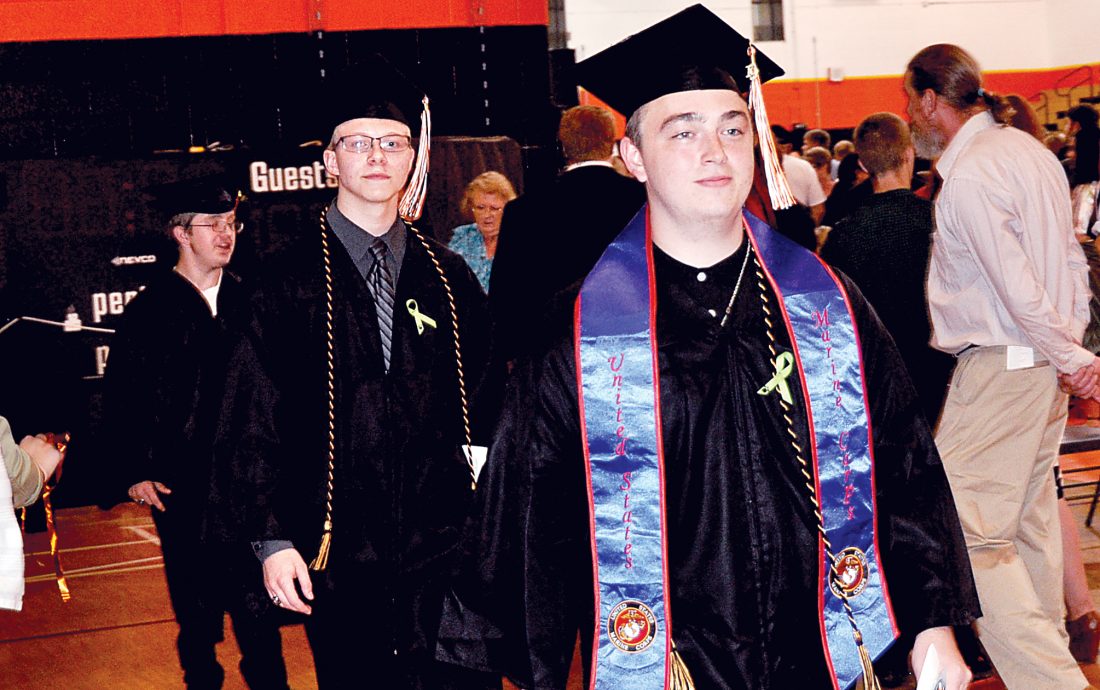 The Inter-Mountain photo by Anthony Gaynor Members of the Elkins High School class of 2019 make their way out of the gymnasium after receiving their diplomas Friday.

The 207 graduates of the Elkins High School class of 2019 gathered in the packed gymnasium to celebrate, alongside friends and family.

Michael DiBacco and Liam Gongola tied as the students with the highest grade point average in the class and served as co-valedictorians, while Danny Corely was salutatorian. The three offered words of encouragement to their fellow graduates.

Gongola credited his childhood in Elkins for allowing him to entertain himself in creative and unexpected ways.

“I used to fear being trapped in a provincial life. However, as I’ve been forced into adulthood, I’ve come to the realization that living in Elkins is not a predicament at all. Rather, it’s been a blessing that has shaped my personality and gifted me with the ability to disregard how others, and even I, perceive myself when pursuing joy,” he said. “For many years, the charming spirit of Elkins eluded me. I failed to find its allure. I can say with confidence that a pessimistic attitude, like the one I lugged around for so long, can make even the most vibrant metropolis seem drab and mundane. I’ve managed to create wholesome fun despite the draw of fabricated amusement. Had I lived somewhere with more traditional forms of entertainment, I can confidently say that I would not be able to make fun out of nothing.” 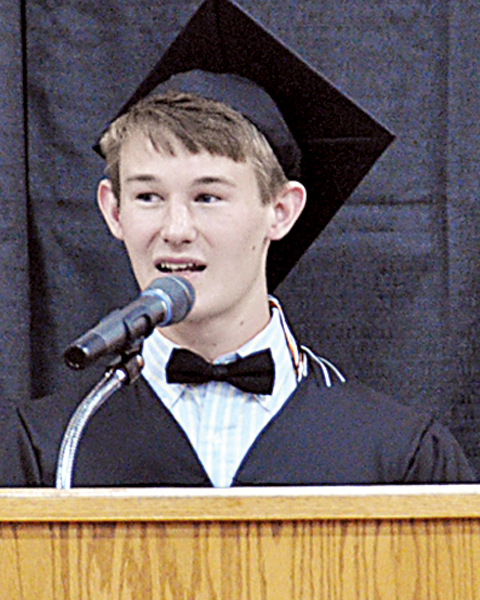 DiBacco imparted advice onto his classmates for beginning the next chapter of their lives.

“Make good on the gift of life,” he said. “Leave something of value in the world, no matter how small or fleeting it may seem. Become a loving parent, practice an art, show forgiveness when all reason tells you it is not deserved. Find happiness in a job well done or a day well spent. Ask little and give much. Ensure that those that you love know that this is so. Become a more credible witness to life’s wonders, recognizing the responsibility entailed in each rising and the freedom we possess to render any possible real.”

Corley noted the possibilities unfolding before him and his fellow graduates were completely in their hands as they crossed the metaphoric bridge to adulthood.

“Today in this moment we say goodbye to high school, step into adulthood and decide the person we want to be. How you see the world changes how you approach it,” he said. “Just know the world is ours to change. Our possibilities are limitless.”

Students and faculty wore green ribbons to the graduation ceremony in honor of Alex Pritt, an EHS senior who was recently diagnosed with lymphoma. 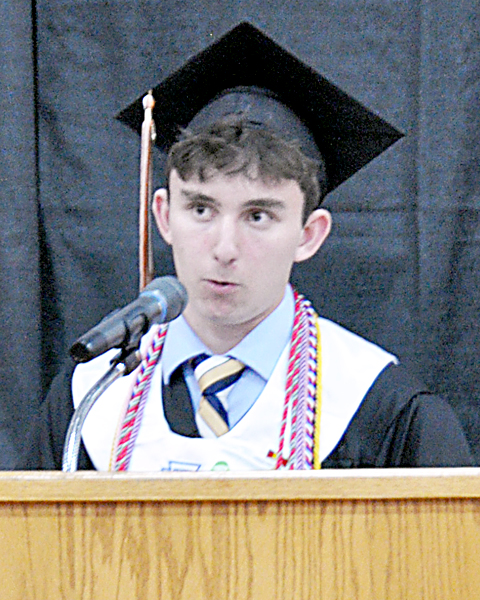 Senior class officers for the EHS class of 2019 were Susan Riggleman, president; Sarah Riggleman, vice president; and Kaeli Ricottilli, secretary. Members of the senior class council were Kiley Calain, Hannah Haddix, Alli Hopwood, Ethan Mallow, and Kassie Miller. The class flower was the sunflower, and the class colors were black and gold. The class motto was, “Looking Fine Class of One Nine.”

Graduates of the Elkins High School class of 2019 include: 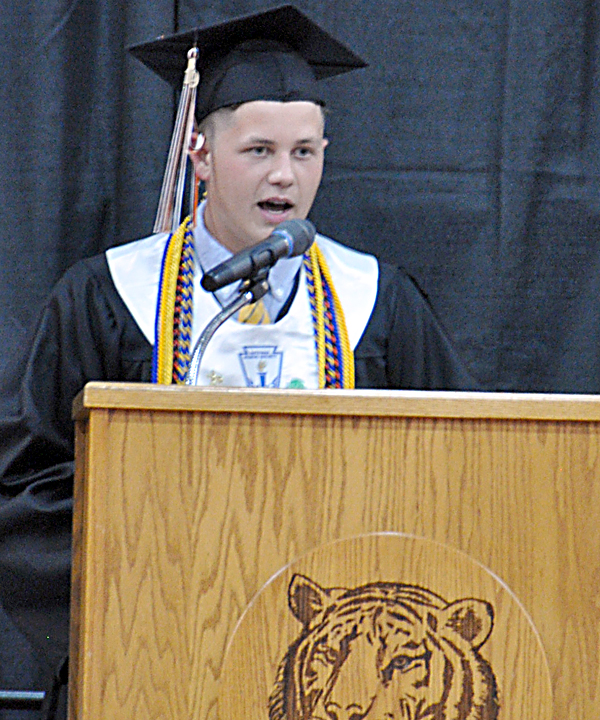