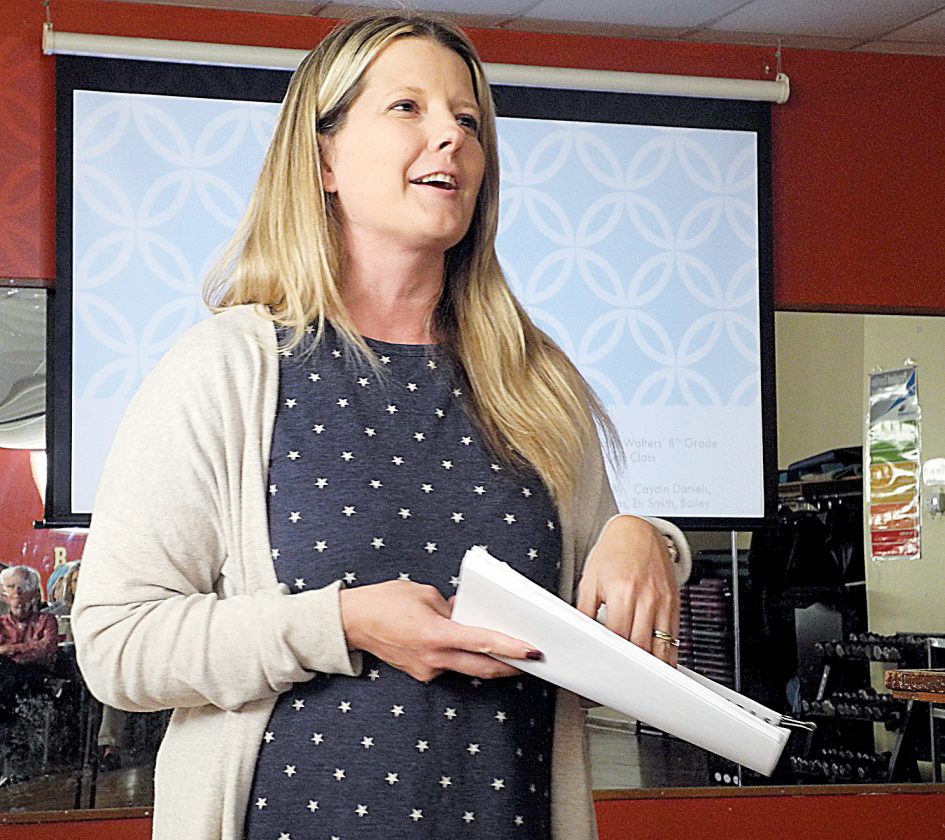 ELKINS — On Monday, the Elkins Rotary Club learned about the Tygarts Valley Middle School Game Design program, which is spearheaded by Melissa Walters.

Game design classes at TVMS received a donation from the Elkins Rotarians at the end of the last school year, with some students from that year winning national awards for their individually created games. Monday’s presentation allowed several students to tell Rotary members what they learned throughout the duration of this school year and their knowledge in utilizing Code.Org programs.

“Computer science leads to some of the best careers in the world. Computer science is now foundational knowledge for all 21st-century careers, making access to this field a critical equity issue,” said Bailey Wildman, an eighth-grader at TVMS.

Wildman then went on to explain Unit 1 of the Code.Org program, an “unplugged” assignment that asked students to think critically without the the inclusion of computers– creating a prototype boat out of a sheet of five-by-five inch aluminum foil.

Later, the students tested their prototypes in order to see how many pennies they could hold before sinking and improving their designs– which ultimately allowed one of the boats to hold as many as 72 pennies.

“Most importantly, they’re not just learning coding skills– they’re learning problem solving, public speaking and teamwork skills which are necessary to their future success,” summarized Walters, highlighting the meaningful abilities gained by students who participate in the program.