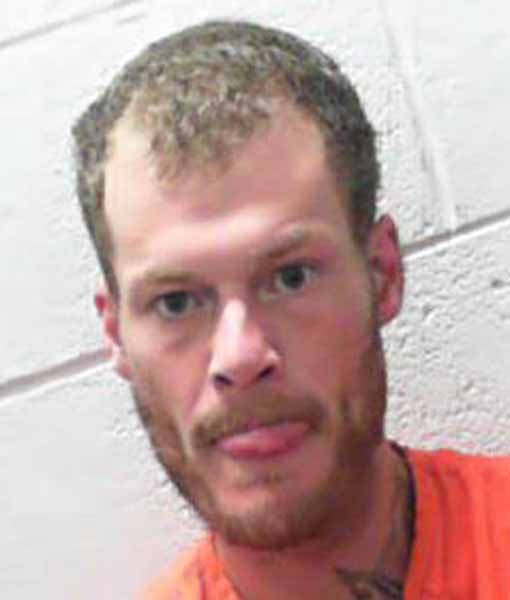 BUCKHANNON — A Buckhannon man wanted on a federal probation violation initially fled from law enforcement Sunday both in a vehicle and on foot before he was apprehended.

Brandon Michael Beeson, 32, was the driver of a black 1999 Doge Dakota which Senior Trooper P.J. Robinette with the Buckhannon detachment of the West Virginia State Police observed traveling South on Route 20 in Adrian without a registration plate. Robinette turned on his emergency lights to stop the vehicle which then accelerated away from him at a high rate of speed before turning without signaling onto the Waterloo Road, according to the criminal complaint in the Upshur County Magistrate Clerk’s office.

The Dodge Dakota continued east on Waterloo Road in excess of 60 mph even after Robinette also turned on his siren. The vehicle turned on to Larry Loudin Road without signaling but encountered several vehicles traveling slowly in the same direction which it could not pass.

“The vehicle slid to a stop on the gravel road nearly striking the vehicles in front,” Robinette wrote in the criminal complaint. The driver, later identified as Beeson, attempted to exit the drivier’s side door but could not due to it being held shut with a bungee cord, and then exited through the passenger side of the vehicle. Beeson ran up the mountain to the right of the roadway despite verbal commands from Robinette to stop. After a short pursuit of 100 yards, Robinette was able to catch Beeson and place him into custody. A records search found Beeson had been entered into the NCIC as a wanted person with full extradition due to a federal probation violation.

Beeson admitted to Robinette that he had no insurance or registration for the vehicle.

Beeson was arrested for fleeing from an officer in vehicle, fleeing on foot, no insurance, no registration, no MVI, speeding and failure to signal, all misdemeanors. Magistrate Mike Coffman set bond at $48,000.