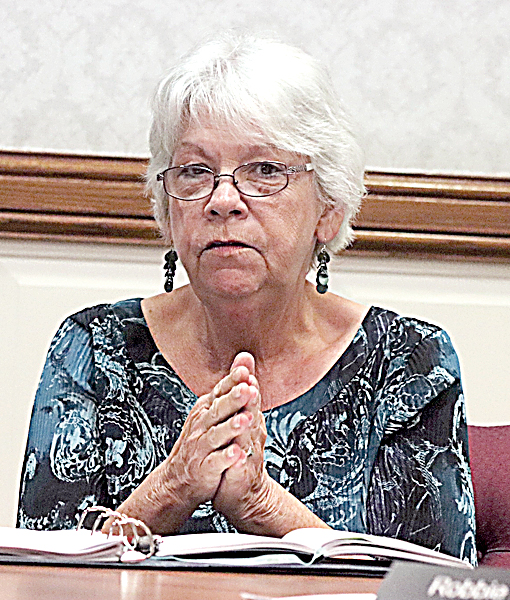 BUCKHANNON — Buckhannon City Council will move ahead with the rest of the insurance changes following a vote at a recent meeting in a move that will lead to the city saving $150,000 in insurance premiums.

The city already voted to go with a semi self-funded insurance pool and eliminate GAP coverage with Morgan White in a previous special meeting both of which may result in some savings as well.

On Thursday, Mayor David McCauley reviewed four other items he had proposed at the special meeting and reminded council that two street department employees were retiring this summer and the two-reading ordinance would require a 30-day enactment period.

“The sooner we can effect this the better,” he said.

Under the proposal, McCauley said that current full-time city employees and their current spouses and family members would be grandfathered in.

The ordinance would also require newly hired full-time employees to pay 20 percent of the premium costs for spouse and familial coverage.

There would also be a moratorium on hiring new full-time employees except for the SYCC program director which is being considered at this time.

Councilwoman Mary Albaugh moved to approve the changes and go forward with an ordinance which was seconded by councilman C.J. Rylands and passed. Councilwoman Pam Bucklew was absent.

“My concern with item three is can we legally tell an employee that he or she can not participate in the spousal carve out regardless of when they were hired?” Skinner asked. “To me, that is different than the tiering program.”

City attorney Tom O’Neill said, “Any employee has the ability to decline coverage for their spouse if they so choose.”

McCauley said, “In the next five years we will probably experience the loss of 20-25 percent of our staff due to retirement. While there will be some realized in year one, the savings by the new design with carve outs and tiering will substantially in the next five to 10-year period reduce our insurance premiums dramatically. We are projecting $150,000 in savings in a relatively short period of time.

“That’s a $150,000 we can be building new sidewalks, paving more streets and all those other things we want to do,” he said.

O’Neill said it will be a complicated ordinance but he will come back with a draft by the July 2 council meeting.