Upshur deputy one of top DUI enforcers in West Virginia 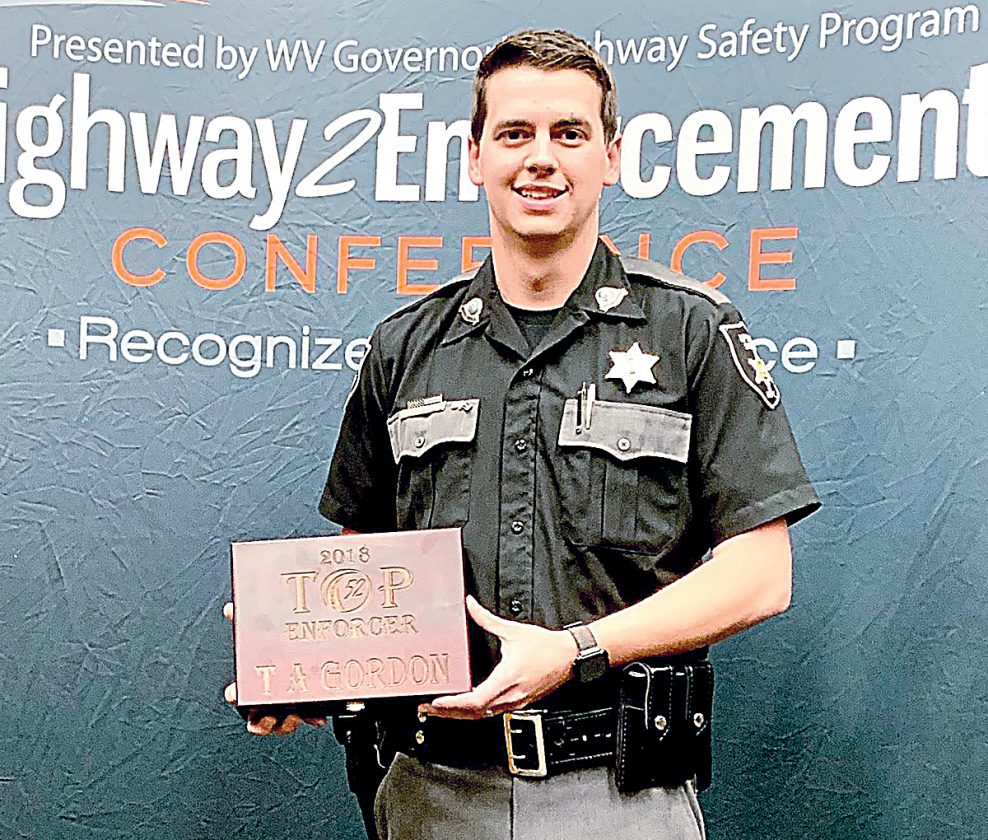 BUCKHANNON — He’s one of the top 52 DUI enforcers in the state and he spends his shifts patrolling Upshur County roadways.

“I was lucky enough last year to get invited to the Highway to Enforcement Conference in Glade Springs,” he said. “I went down there and took DUI arrests to heart and saw what a problem it is in the state. One of the big things that stuck with me was that for every one DUI that is caught, there are 100 that we miss on average across the country.

The top enforcer in the state, J. Koher from the Huntington Police Department and the first Drug Recognition Expert in West Virginia, made 157 DUI arrests and the second top enforcer made 155 arrests last year, according to Gordon.

“Just think of how many we arrested across the state last year but we missed out on 100 others for every one,” he said. “Too many people are still dying because of impaired driving.”

While DUI fatalities in Upshur County are rare, there are still many wrecks caused by drivers who are impaired.

In the previous two weeks, Gordon said he responded to four DUI wrecks but there were no injuries to anyone other than the driver.

Law enforcement agencies continue DUI enforcement but DUI investigations are harder because of the time involved.

“DUI arrests are tough,” Gordon said. “They take a lot of time. There is a lot of paper work for DUIs. I worked a lot of grant time through the Governor’s Highway Safety Program.”

The Upshur County Sheriff’s Department receives grants through the program to allow officers to work overtime targeted at enforcement of DUI.

“I would love for no officer anywhere to have a DUI arrest, but that’s just not the world we live in,” he said. “There are all kinds of impairing substances out there that people drive under the influence of and people don’t realize it. It can be anything from Red Bull to cough medicine to drugs to prescription medicine you are prescribed to alcohol — anything that impairs your ability to drive.”

Soon, Gordon will attend a training to become Advanced Roadside Impaired Driving Enforcement certified which will give him more knowledge in drug-impaired drivers.

Sheriff David Coffman said the department continues to place a priority on impaired driving through routine patrols and sometimes through grants received from the Governor’s Highway Safety Administration.

“It’s something we have been concerned with for years and doing everything we possibly can to keep the impaired drivers off the road,” Coffman said. “They do not think about the innocent person. I do not want anything to happen to them and I also do not want them to be in a position to hurt any other member of our community.

“Other illegal drugs have enhanced our issues for people driving impaired. It’s a little more difficult to determine why the officer believes someone is impaired and shouldn’t be behind the wheel,” he said. “For many, many years if you had that concern, you could take the person in and give them a breathalyzer test. Now, there are all these other illegal drugs and it is harder to determine. Now, you have to get a search warrant to have blood drawn and it is more difficult to get a prosecution.”

This makes the deputies job harder and more time consuming, according to Coffman.

“Deputy Gordon is a fine law enforcement officer,” the sheriff said. “We are fortunate and happy to have him working here with us. He is motivated and hardworking. Once he starts an investigation, he works hard to complete the investigation. He is just the type of officer that can make a sheriff proud.

“Deputy Gordon goes over and beyond what is necessary. He is a caring person and he wants to do what is good for the people of our communities.”

For someone who may not think that driving impaired is a problem, Gordon reminds them that jail time, fines and potentially losing one’s license are what they may face.

He encouraged people to plan ahead with designated drivers or call an UBER.

“It’s not worth risking your life or any one else’s life,” he said.