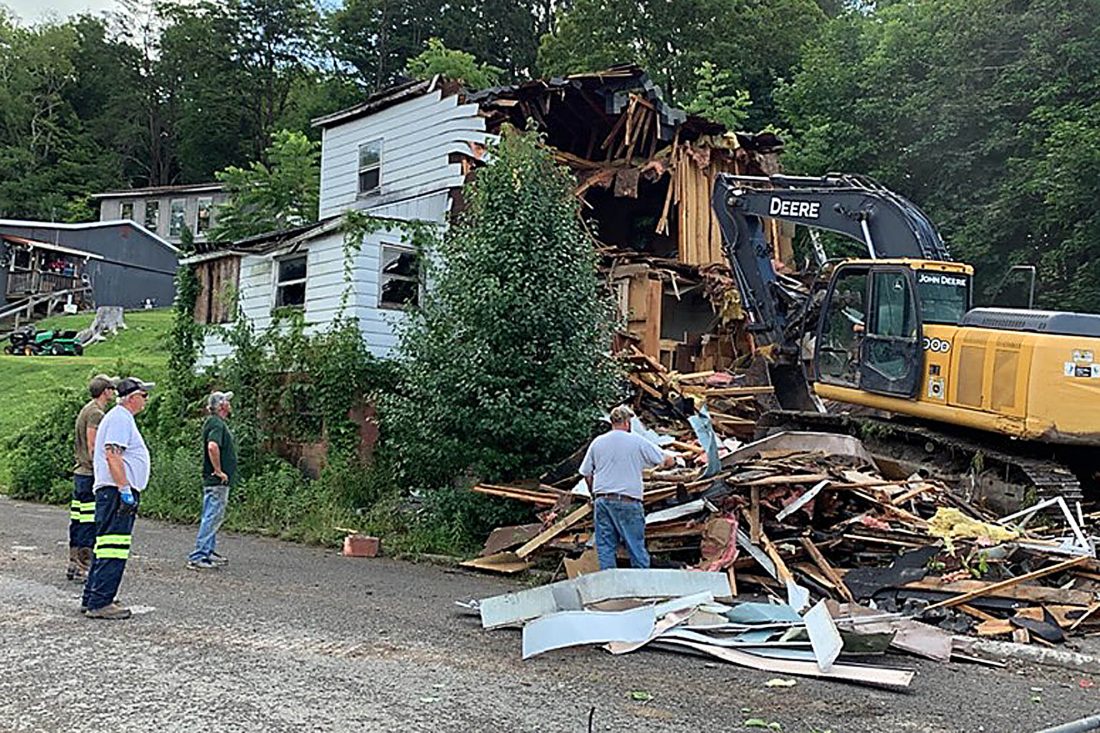 City Clerk Jessica Sutton told The Inter-Mountain that, because of vacations and other complications, there would not have been enough council members present to have a quorum to vote on any motions.

Sutton said the meeting has been rescheduled for 7 p.m. July 25 at City Hall.

On the agenda for the meeting was a vote to approve Karen Wilmoth to the unexpired Fourth Ward council seat; a resolution to assign a special committee for the purpose of hiring a chief of the Elkins Police Department; and a proposed ordinance regulating the use of public and private sewers and drains, and providing penalties for violations thereof.

In other city government news:

• City officials announced on Friday that a dilapidated property was demolished this week.

The structure located at 100 Adams Street, formerly North Washington Street, was donated to the city by the owners, according to information provided by the city.

“Once the transfer was complete, city employees and equipment were utilized for the demolition,” a city social media post stated.

The post singled out the efforts of Code Enforcement Officer Phil Isner and City Attorney Gerri Roberts, and “the support of Elkins City Council,” in the effort to demolish the property.

Earlier this month, the city of Elkins, Freedom Bank and Woodlands Development Group partnered to demolish a vacant and dilapidated structure at 114 Henry Ave. in Elkins.