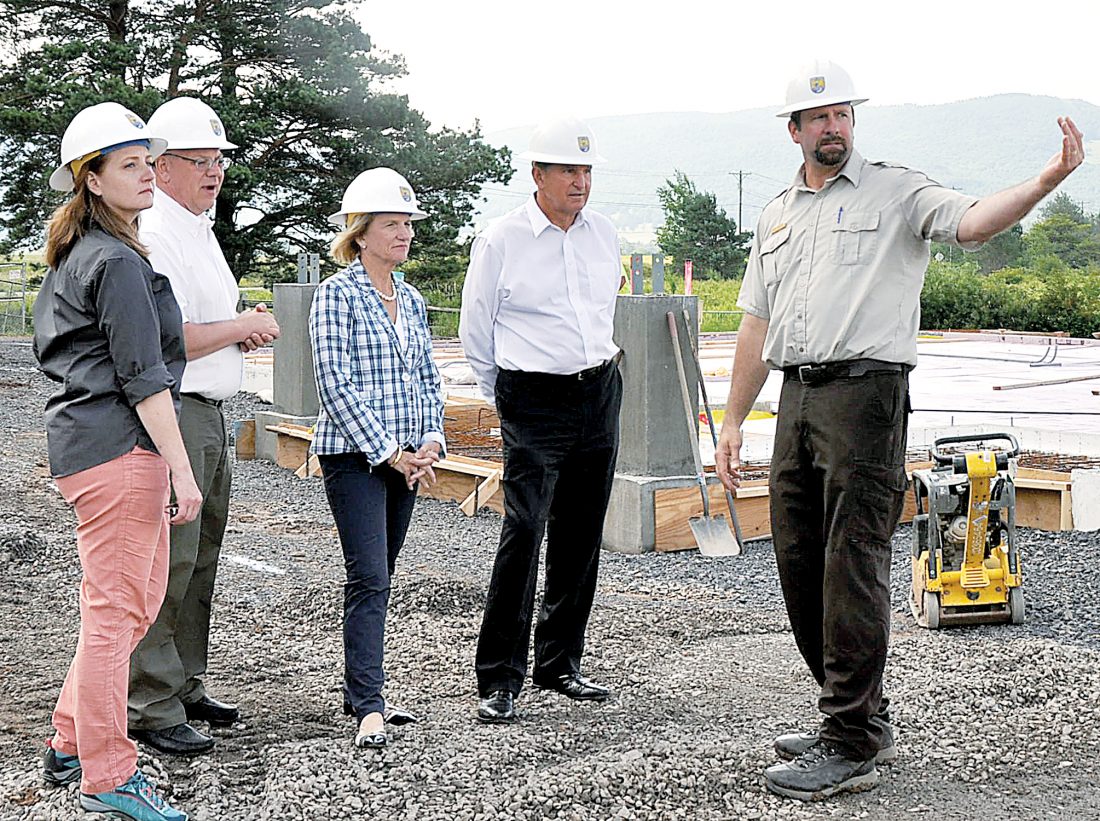 The Inter-Mountain photos by Eliana McCutcheon The construction site for the new visitors center at the Canaan Valley National Wildlife Refuge in Davis is shown to West Virginia Senators Joe Manchin and Shelley Moore Capito and U.S. Secretary of the Interior David Bernhardt Monday morning.

“Canaan Valley is a hidden gem for all of us in West Virginia,” Manchin, D-W.Va., said during the tour. “With Corridor H coming through, hopefully it will be completed sooner than later. It is going to make a tremendous amount of difference in traffic and getting through. This right here is going to become a tourist attraction. It basically shows off the best of what we have.”

“Over 50,000 visitors come to the visitors center and to this region and, as Sen. Manchin said, there is a highway coming in from the eastern part of the country. Growth is on the horizon,” Capito, R-W.Va, said. “A beautiful center to feature what we have here and the trails that we have… This is a win-win for us and to have the state park right there, it is just absolutely a beautiful opportunity for the visitors, but also for the folks who live here.”

Bernhardt thanked the senators for their leadership in securing funding for the construction of the new facility.

“Today I am joined by two very important leaders for the Department of the Interior,” Bernhardt said. “Sen. Capito serves on the appropriations committee, which is the committee that gives us all our funding, and Sen. Manchin is a ranking member on (the Senate Energy and Natural Resources Committee), who tells us what we can and cannot do. 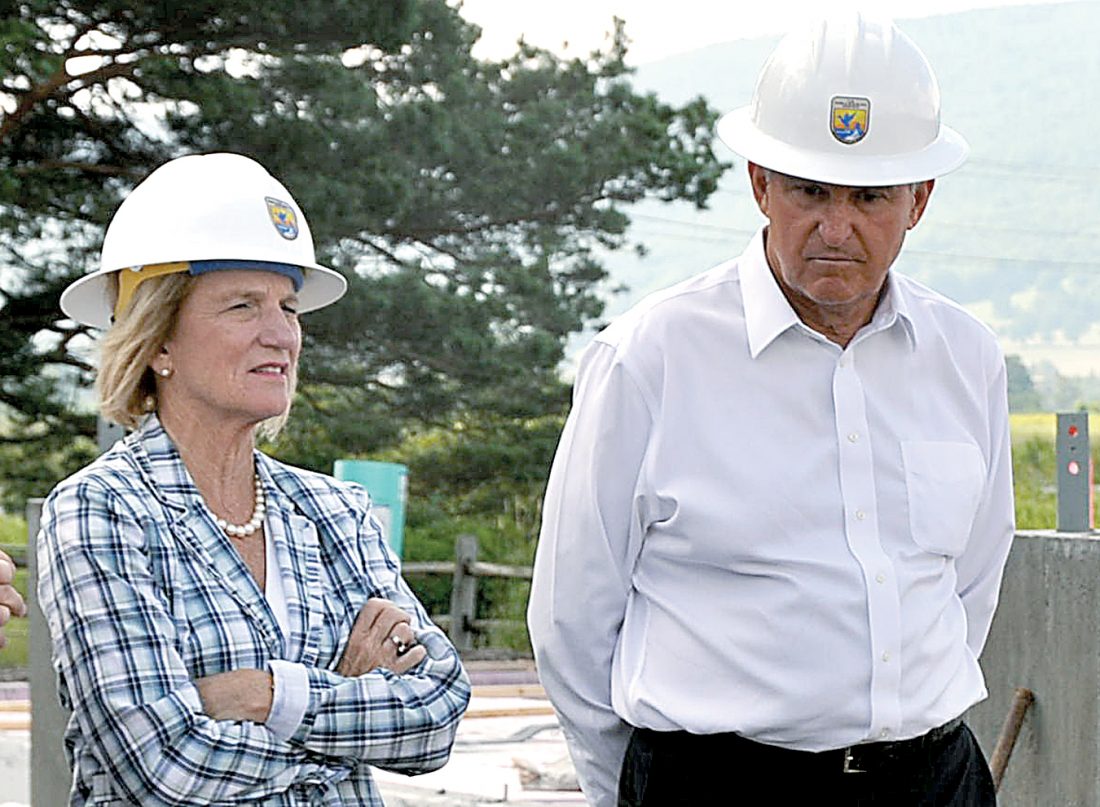 “We are visiting here today to see something that is really fantastic,” Bernhardt said. “It is enhancing the infrastructure of the refuge system and at the same time, expanding assets because they have the leadership to put some money on the bill to construct what will be a fantastic facility for the community. We really wanted to come up here and say thanks and show them what their money is creating.”

The $7 million in construction funding announced by the Department of the Interior in the 2018 fiscal year operations plan will permit construction of an energy efficient replacement administrative/visitor center to provide state-of-the-art interactive and educational experience for visitors, a safe and efficient work space for service employees, a community meeting space, and a bookstore.

The construction process will not only involve the new center, but will also include trail improvements. During construction, a temporary visitor center is open at the Canaan Valley Wildlife Refuge.

“We did start working on this right after I was elected into the senate,” Capito said. “It was the first thing on my agenda. After much pestering, we were able to get the funding to move forward and to move this project up to the priority list.

“Sitting here in 72-degree weather with this breeze, all those people on the east coast that are steaming, come on over because this is a beautiful spot with great hunting and fishing, family recreation everywhere, and also an appreciation of the conservation and ancient species that are in this refuge. It’s just really a great educational opportunity for people,” she said.

“The community is really what made this happen,” Manchin said. “They are the ones who wanted it down in the valley. They wanted to show off the valley. The amount of revenue that can come into the valley from this fantastic center and showing people what is available to them… This will be able to connect you to the entire ecosystem. It is just an unbelievable opportunity.”

“”In a real sense it is an economic opportunity because of restaurants, skiing resorts, and other places. So on the economic front, I think of places like the restaurants that we see in Thomas and Davis, but also it is a big educational opportunity,” Capito said. “Ron Pearson runs the National Youth Science Camp. Each state sends two of their best science campers to West Virginia for a month. Some of these campers go on to become some of the most premier scientists in our country.”

Also on Tuesday, Manchin toured areas of Harman in Randolph County which were damaged by severe flooding on June 30, saying he was working to make sure the “impacted communities get the resources they need to rebuild and recover.”