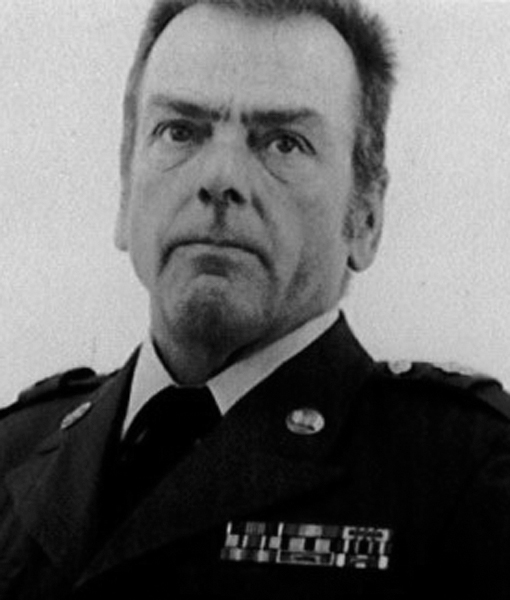 PARKERSBURG — A wrongful death claim against the Veterans Administration filed by a Ritchie County woman over the death of her father says nine or 10 other patients died under suspicious circumstances at the Louis A. Johnson VA Medical Center in Clarksburg.

Melanie Proctor, of Ellenboro, filed a claim Aug. 20 against the U.S. Department of Veterans Affairs over the April 9, 2018, death of her father, Felix K. McDermott, 82, a retired sergeant in the U.S. Army.

McDermott, a Vietnam War veteran, was admitted to the medical center on April 6, the claim said. He died three days later of extremely low blood sugar caused by an injection of insulin, willfully or negligently, that was neither ordered by a doctor nor medically required, the claim said.

No one at the medical center told his family about the sudden and unexplained hypoglycemia that caused his death or about the nine or 10 other patients at the facility who had suffered similar unexplained deaths due to sudden onset of unexplained medical conditions, the claim said.

“It was not until months later that government investigators contacted Ret. Army Sgt. McDermott’s daughter Melanie Proctor and advised her of the earlier deaths and their belief that her father’s death was not a result of natural causes,” the claim said.

McDermott was “foreseeably injected,” either negligently or willfully, with a fatal dose of insulin by an unidentified person, the claim said. The center had a responsibility to protect him and inform the family of the other mysterious deaths, the claim said.

“Upon information and belief, before April 9, 2018, nine or 10 patients of the Louis A. Johnson VA Medical Center in Clarksburg, W.Va., had died … as a result of unexplained severe hypoglycemia, aka low blood sugar,” the claim said. “The employees of the VAMC were aware of each of the unexpected and suspicious deaths. Each of these nine or 10 patients had received a large and wrongful injection of insulin in the abdomen that was neither ordered by a doctor nor medically necessary.”

Calls to Wesley Walls, a spokesman at the medical center, for comment were not immediately returned Friday. A comment from the Department of Veteran Affairs was not immediately available.

The McDermott family has been advised that Veterans Affairs investigators have a person of interest in the deaths of the patients, the claim said.

The family doesn’t know who the other victims are or who is suspected, or whether that individual is murdering patients or is greatly incompetent, said Tony O’Dell, an attorney from Charleston representing Proctor.

Nonetheless, the situation has to be brought into the light of day because of the many servicemen treated at the medical center who have not been informed of what has happened, O’Dell said.

McDermott retired as a sergeant after 20 years of active service with the U.S. Army, then as a member of the Pennsylvania National Guard. He was admitted to the center after he had aspirated on food and developed aspiration pneumonia, the claim said.

His health condition had improved since his admission to the medical center, the claim said.

McDermott did not suffer from or was ever diagnosed with diabetes and did not have a history of taking oral medication or insulin injections for diabetes, the claim said.

The family was never told of the hypoglycemia diagnosis, the claim said. He was buried on April 13.

Under the jurisdiction of the VA Office of the Inspector General, McDermott’s remains were disinterred on Oct. 23 and sent to Dover Air Force Base for an autopsy because of the suspicious manner of his death, the claim said. It found he died of an exogenous insulin administration in the left abdomen area with other contributing factors being Chronic Obstructive Pulmonary Disease, dementia, hypertension and aspiration pneumonia.

The manner of death was homicide, the report said.

“As a result of the investigation, the Armed Forces Medical Examiner ruled that the manner of Felix Kirk McDermott’s death is homicide,” the claim said. “If the medical examiner’s conclusion is correct, Felix Kirk McDermott was murdered while he was in the care and custody of the Louis A. Johnson VA Medical Center despite the VAMC being on notice of the previous wrongful injections. Ret. Army Sgt. McDermott’s family has been advised that the VA investigators have a person of interest in the deaths of the multiple VAMC patients. As of the submission of this claim form, that person’ s identity has not been shared with Ret. Army Sgt. McDermott’ s family.”

The claim said the medical center was negligent for not investigating the suspicious deaths and by not informing the family of the deaths.

West Virginia Sen. Joe Manchin, D-W.Va., said in a statement Friday that he was appalled at the news.

“This report is shocking and if accurate, I am appalled that these crimes were not only committed but that our veterans, who have sacrificed so much for our country, were the victims,” Manchin said. “As a member of the Senate Veterans Affairs Committee I will do everything in my power to investigate these accusations and get to the bottom of what happened. These families and loved ones deserve answers as soon as possible, and I will make sure they get them.”

“My office has reached out to the VA to learn more details, and I will do everything I can to make sure this is fully investigated,” she said.