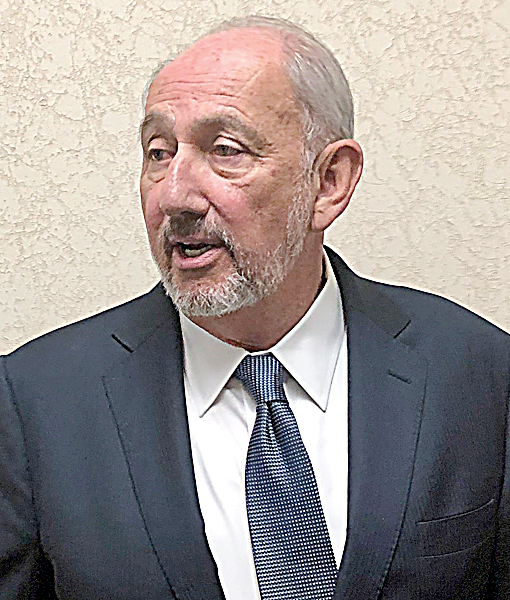 CHARLESTON — A Kanawha County judge is seeking more information from attorneys for Gov. Jim Justice and the Pendleton County lawmaker in a residency dispute over where the governor spends his time.

Kanawha County Circuit Judge Charles King held a hearing Wednesday with Justice’s legal team and Delegate Isaac Sponaugle, D-Pendleton, who brought a writ of mandamus in December asking the court to mandate the governor abide by the West Virginia Constitution and reside in the seat of government in Charleston.

King called the hearing to discuss two motions filed by Justice’s attorneys: former U.S. Attorney for the Southern District of West Virginia Mike Carey and George Terwilliger, the former deputy attorney general under President George H.W. Bush. Instead of ruling on the motions, King asked both parties to submit proposed orders while he considers the motions.

The first motion by Justice’s attorneys asks for a stay of discovery and for the court to approve a list of questions to submit to the West Virginia Supreme Court of Appeals asking for clarification on several issues. King did grant the stay while he considers that motion.

The second motion from the Justice team, which King is required to grant, requests that the judge issue findings of fact and conclusions of law as to why he dismissed a previous motion to dismiss the case. Based on King’s answers, Justice’s attorneys could file a writ of prohibition, arguing that circuit court is an improper venue for such a case. 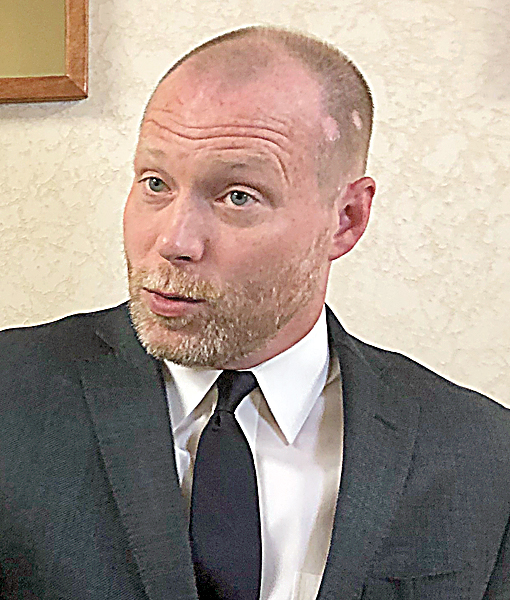 Speaking to King Wednesday, Sponaugle said he opposes the motion to stay discovery and seek further clarification from the state Supreme Court. He argued that when the Supreme Court threw out his writ of mandamus last year, it did so without prejudice, which he believes was because the Supreme Court wanted the lower court to take the case and hear evidence before possibly taking up an appeal.

“It’s just going to delay it and we’ll beat this around for six months,” Sponaugle said. “They could have denied it with prejudice and shot all these legal issues down. The same arguments being presented back then are being presented now. That implies that they want the discovery process completed at the circuit court prior to weighing in on it.”

“Where do you keep your crystal ball,” King said. “You seem to have a lot of insight, or think you do, about what the higher court will do…I hate to disagree with you, but this is probably the last thing they want to do. It seems like the only person who wants to jump on this is you.”

“That’s what the purpose of the questions is, to define what the law is that would apply to the further proceedings in the case,” Terwilliger said. “Everybody knows what the Constitution says. We just don’t know how a court could possibly administer whatever that requirement means.”

Justice’s attorneys believe that the state supreme court needs to weigh in on several questions, including the meaning of “reside” and whether a writ of mandamus is the proper tool to enforce the state constitutional residency provision.

“It’s not about whether or not the governor resides here,” Terwilliger said. “It’s what constitutes residing. What is the manner and which he executes meeting that responsibility? As the papers that have been filed in the case point out, at the very least the threshold question is mandamus available even to address that kind of discretionary exercise of executive responsibility.”

According to interrogatory questions submitted to Sponaugle through the discovery process, Justice said he does reside at the seat of government but refused to answer direct questions about whether he stays at the governor’s mansion or even his residency address, arguing the “reside” is not defined and that Justice has more than one address.

“You can’t really reach an answer whether or not (Justice) resided at a place unless you can get facts,” Sponaugle said. “I believe he has made public remarks that he doesn’t reside there, but in the pleadings, he says he resides there as far as the constitution says. I don’t know how the court can make a determination without at least a little bit of evidence.”

Terwilliger said Justice does reside in Charleston as specified in the state constitution, maintains a home at the Governor’s Mansion, an office inside the Capitol and physically present there as often as he needs to be.

The issue, Terwilliger said, is the merging over time by the courts of the definition of “residence” and “domicile.”

“(Sponaugle) continually confuses the term,” Terwilliger said. “The courts, over time, have merged the concept of residence and domicile, but they mean different things. We have a beautiful language in English, and no two words mean exactly the same. Residence may not even mean live in a particular place.”

Carey represents Justice in his capacity as governor in the legal case. Since the case was filed at the end of 2018 Carey has been paid $15,217 by the governor’s office according to the state auditor’s office.

Terwilliger was brought on last month, though when speaking to reporters after Wednesday’s hearing he would not say who was paying him other than to say the state was not paying him. Terwilliger practices law with MacGuireWoods in Washington, D.C., specializing in “government and internal investigations, agency enforcement proceedings and civil and criminal litigation.”

Prior to Wednesday’s hearing, the Governor’s Office released the following statement.

“No one has worked harder for the people of West Virginia than Governor Justice,” said Brian Abraham, general counsel for the governor’s office. “He has used his unique skills as a businessman to drive economic growth and job creation, as evidenced by our number-one rankings in GDP and personal income growth. This lawsuit is a frivolous political stunt designed to distract from the important work that needs to be done for the state.”