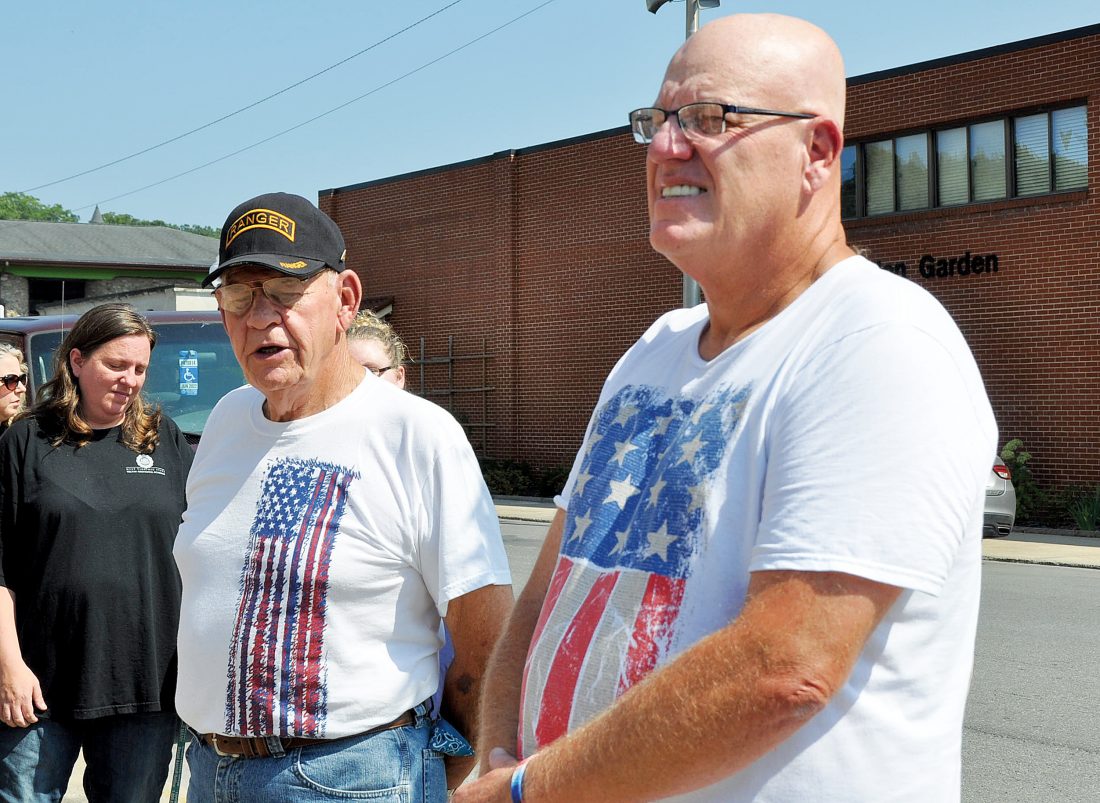 The Inter-Mountain photo by Haley Gordon Virgil Broughton, Elkins Mayor Van Broughton’s father, speaks with his son by the flagpole at Wednesday’s 9/11 memorial ceremony. Virgil Broughton was mayor of Elkins during the 9/11 attacks.

ELKINS — Mayor Van Broughton asked first responders, veterans and members of the community to gather around the flagpole at Elkins City Hall at noon Wednesday in honor of the 18-year anniversary of the Sept. 11 terrorist attacks.

“It’s a beautiful day, but it’s a sad day. It’s something we’ll never forget,” Broughton said, before recounting the events of the tragic day. “Out of these tragic moments emerged a stronger United States of America.”

Hal Boehm, a pastor at the Summit Church, lead the event’s opening prayer.

Broughton continued by honoring and thanking any and all first responders, “These are the folks that are first on the scene to save lives.”

After Broughton opened the event to public comment, several members of the community stepped forward to share their own experiences from Sept. 11, 2001.

Johnson then reminded everyone that some first responders who were heroes on that fateful day are now sick and dying, apparently from the conditions they willingly put themselves in to save lives.

Lisa Boehm, a pastor at the Summit Church, lived in Oklahoma with her husband Hal when 9/11 happened. She was asked by emergency responders to gather a team and go to New York City with Christmas gifts to give to the children who lost their parents in the attacks.

“One of the things I would like for us to think about are all the children who lost a parent at 9/11,” she said.