Steffan saw the world while serving 20 years in the Navy 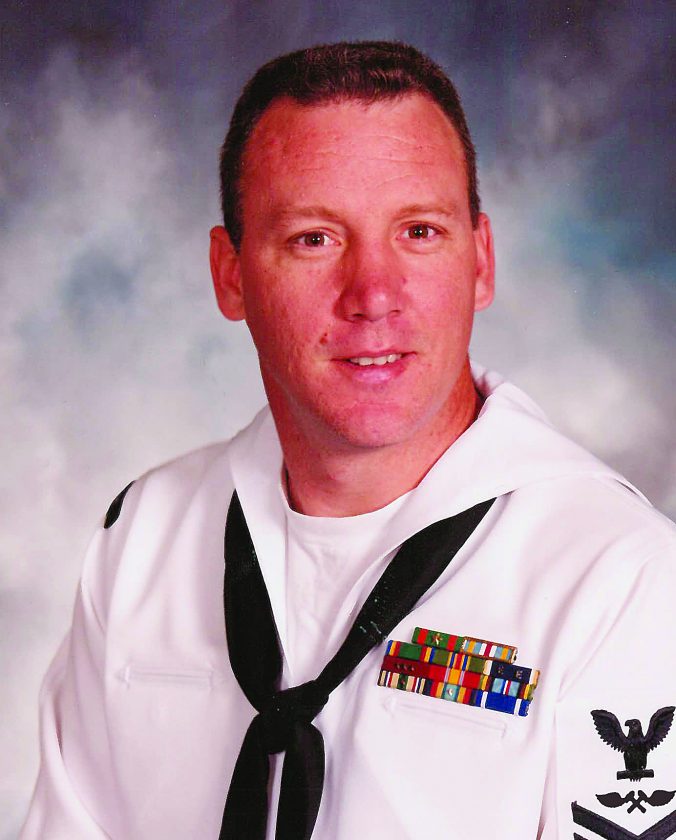 Submitted photo Mike Steffan enlisted in the Navy in 1979 and retired in 2001.

ELKINS — Area native Mike Steffan served in the United States Navy for more than 20 years. His selfless career of service, which was inspired by his beloved grandfather, included experiences both in and outside of the United States.

“I enlisted during my senior year of high school through the delayed entry program. One of my classmates and I went into the Navy together,” he said. “I left in October after I graduated in 1979. I was in the first graduating class of Tucker County.

“The reason that I joined was mainly because of my grandfather. My grandfather was a bit of a hero in my eyes and my family’s eyes. We called him the Iron Man of West Virginia because he was tough as nails.

“He served in the military in between World War I and World War II,” Steffan said. “He was really influential to me and a lot of my first cousins. A lot of us went into the military. My granddad served in the marines back in the 1920’s and 30’s. He was a larger than life figure to us and he was proud to see that his grandsons and granddaughters go into the military. That was one of the main influences for why I joined. It was a sense of duty that was instilled in us growing up. I enjoyed the Navy and that is why I put 20 years into it.”

Steffan attended bootcamp in Orlando, Florida. There, he overcame many challenges as a young man stepping into adulthood.

“I had the option of going to Orlando or to the Great Lakes. I was going there in October so I thought it would be a little better going south than going north,” he said. “I was there from October 1979 to late December of that year.

“The day to day disciplines that we had to go through were challenging, especially coming straight out of high school. You are kind of used to being on your own schedule but in bootcamp, everything you do is planned out for you. It was tough to get on board with that. At the same time, it makes you grow up really fast. It instilled in me a sense of discipline.”

Steffan enlisted in 1979 and retired in 2001. In 1986, he had broken service after his second tour, eight years in. He decided to get off of active duty and try to get into the reserves because he wanted to be in a particular reserves program.

After staying on reserves for a year and a half and working a civilian job, he waited to get accepted into the program. When it didn’t happen, he did not want to wait to reapply, so he chose to return to the Navy on active duty in 1989.

The majority of his service was spent on different bases in Virginia. However, Steffan went overseas eight times for deployment.

“I did enjoy traveling although I did my entire career down at Hampton Roads, Virginia. I enjoyed my first and second cruise, but I did eight deployments in all, and after a while it is kind of the same thing.

“It is rare to have the same permanent duty stations for their whole career. People usually move stations around the country and around the world.”

Over the span of his 20 years in the service, Steffan learned many skills.

“I was enlisted and I went into an aviation job as an aviation structural mechanic,” he said. “I worked on flight control services, I worked on landing gear systems, and also, I did a lot of hydraulic work. Back then, structural mechanics and hydraulic mechanics worked in the same shop together. So, we cross trained with each other. I worked the level that is directly in squadrons on the aircraft.

“We got the planes ready to fly, took care of them when they came back, we were a part of trouble shooting and we launched them out on the ships on the flight deck. I spent a lot of time on the flight deck when we were out at sea.

“I also worked in quality insurance later in my career. That was when we did final inspections on airplanes,” he said. “It was mainly the structural integrity of the aircraft and the hydraulics that we maintained.”

Even though Steffan got to experience the world at sea while he was in the Navy, his most fond memory took place on the USS Roosevelt.

“Me, my first cousin, and my brother were on board the USS Roosevelt during the first Gulf War,” he said. “We were all stationed at the same ship at the same time. This was in 1991 and 1992. It was something else to get to serve with family. That was a big highlight right there. Getting to see each other and working for a cause together was just a great thing.”

Another memory Steffan has is not a joyful one.

“I was on cruise when a plane from my squadron went down in the water at night. We lost five crew members and one of them was my division officer,” he said. “That was tough because it happened really early on the cruise. It was a really sad time because they were unable to recover the bodies.

“They had a memorial service in Virginia Beach, which my wife, Linda, attended. We also had a memorial service on the ship. They were really good men and I remember playing golf with my division officer. I even got to meet his wife. He was just a good man and I will never forget him or the other crew members.

“It was a tough time but you know, being in the military, especially on aircraft carriers, it is very dangerous,” he said. “We put ourselves on the line and that is one of the reasons that serving in the military is tough because there is a lot of risk involved. I will never forget those men.”

After retiring from the military, Steffan went to work for a government contractor at the Norfolk Navy Base, from which he retired.

“I was very knowledgeable in E2 hydraulic and airframe flight control systems. So, I went to work for a government contractor that worked out of one of the buildings on base and I combined my knowledge and experience on E2’s with my love for computer graphics,” he said. “I was doing CBT (computer based training) and I was developing story boards for graphic illustrators for the different hydraulic and flight control systems so that they could do animation of those. Also, they would develop computer based training for the sailors to see how the systems work as a visual, and to use them in conjunction with the actual simulators that they have in the building.

“I did that for about two to three years until the contract dried up. Then I went to work for another computer contractor where I worked in marketing. I worked there until recession hit and they scaled that branch down to nothing but HR. So, I went back to school n 2009. I went to community college and got my associates degree in computer graphic design. After that, I did some work at a couple of churches that we attended.”

Steffan currently lives in Elkins with his wife, Linda, who he married in 1986. Together, they have two daughters and two granddaughters.