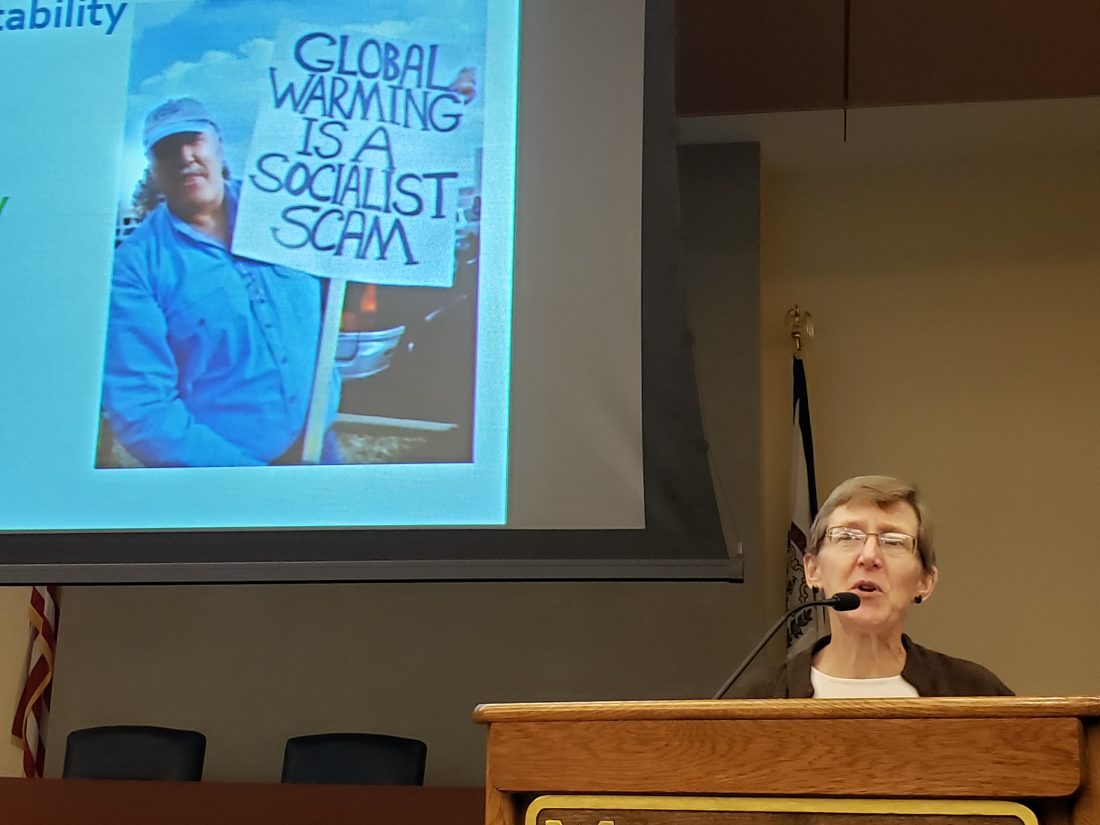 Photo by Scott Beveridge for The Inter-Mountain Susan Clayton, a professor of psychology at The College of Wooster in Ohio, speaks Saturday about intergroup tension about the causes of extreme weather during a climate change conference at West Virginia University in Morgantown.

MORGANTOWN — West Virginia needs to come to terms with the fact that its coal economy is nearly over, a professor said Saturday at a climate change conference in Morgantown.

The shift to renewable energy and natural gas is a signal that state and local governments need to focus on what they can do to help those who depended on the coal mining industry, said Susan Clayton, a psychology professor at The College of Wooster in Ohio.

“It just makes sense to move to renewables,” Clayton said during a break at the conference at West Virginia University’s College of Law in Morgantown.

She and Lise Van Susteren, a forensic psychiatrist in Washington, D.C., hosted a conference session on the health impacts from climate change.

“People are waking up,” Susteren said, regarding the public recognizing the need to do such things as use public transportation and switch to plant-based fuels.

“People are not as nice to each other when it’s hot,” Clayton said.

Natural disasters disrupt the delivery of food, water, shelter and health services, she said. They also can lead to post-traumatic stress disorder, she added.

She said 49 percent of those who were in New Orleans at the time of Hurricane Katrina in 2005 developed mood or anxiety disorders.

Extreme weather also displaced seven million people across the globe in the first half of this year.

“It’s still such a beautiful, lush area,” she said.

The lose of a job can cause stress from something as simple as not being able to afford air conditioning, Clayton said.

He said many people believe that “climate changes is an excuse to take away constitutional rights to property. We need to get to them,” Goldstein said. “Policy without science is gambling.”