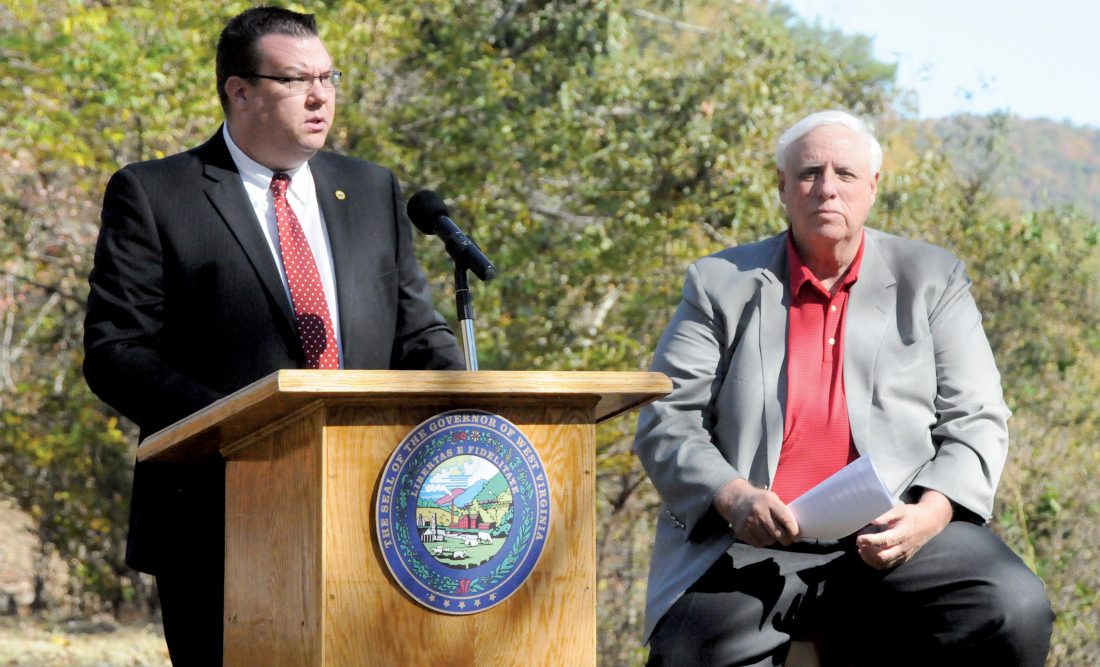 The Inter-Mountain photos by Haley Gordon From left, Robbie Morris, chairman of the Corridor H Authority, and Gov. Jim Justice address the crowd in Tucker County Monday with reports of progress on the highway.

“Corridor H brings us jobs, it brings us opportunity, it brings us exposure, it brings us so much it’s unbelievable,” Justice told the crowd gathered at a site approximately 1 mile north of Parsons along Route 72 Monday.

Justice continued by promising citizens that if President Donald Trump is re-elected, he will ask Justice what needs funded in the state of West Virginia.

“What’s the most important project? It’s going to be Corridor H,” Justice said.

During his speech, the governor addressed an unnamed man whose property is to be purchased in order to make way for Corridor H. 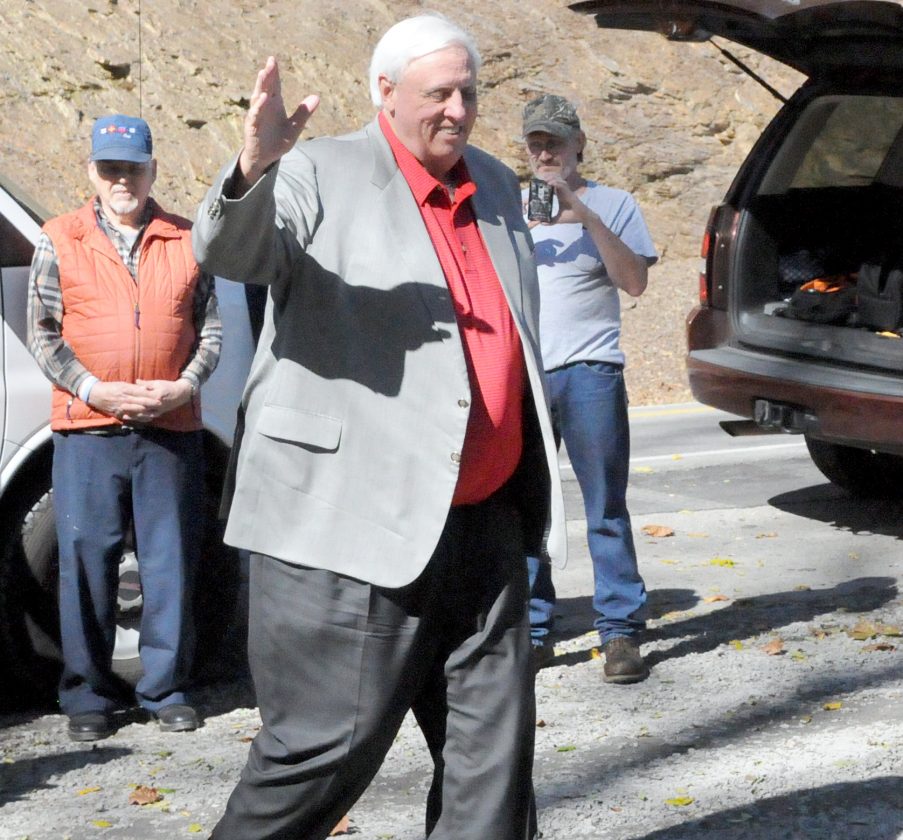 Gov. Jim Justice arrives at a celebration about the progress on Corridor H Monday afternoon.

“From the bottom of my heart, we pray. I know it’s just not enough, but you see, if we move forward with things, there are those who hurt,” said Justice.

Justice ended his comments on a note of pride.

“I’m absolutely proud of you in every way, shape, form or fashion,” he told the crowd. “I could not be more proud or more sincere,” he said.

Justice was greeted at the site Monday by Parsons Mayor Dorothy Judy.

“We want to welcome the governor here, and we’re just proud that he could come by and see us,” Judy said before presenting Justice with a certificate of appreciation.

Robbie Morris, chairman of the Corridor H Authority, spoke about the economic development benefits officials believe the completed highway will bring to the area.

“As outlined by West Virginia code, the Corridor H Authority’s mission is to promote the completion of Corridor H, and foster the economic development that will come along its path,” he said. “The benefits of this highway are evident now and will only continue to grow.”

Morris acknowledged that this progress would be impossible without the support of the governor, local representatives and the state Department of Highways.

“With tremendous support from our entire delegation, 120 million additional dollars have been awarded to Corridor H construction since December of 2018,” said Morris.

Work on the Appalachian Development Highway System was authorized in 1965, and Corridor H was designated that year.

Overall, the Corridor H project would stretch 130 miles from Interstate 79 at Weston to Hardy County, and then eventually continue 13 miles to Interstate 81 near the junction with Interstate 66. This would allow direct access to the large inland port at Front Royal, Virginia.

The Robert C. Byrd Corridor H Highway Authority was established in 1997 by an act of the Legislature to promote the construction and use of Corridor H so economic and community development improvements could be realized by completion of Corridor H.