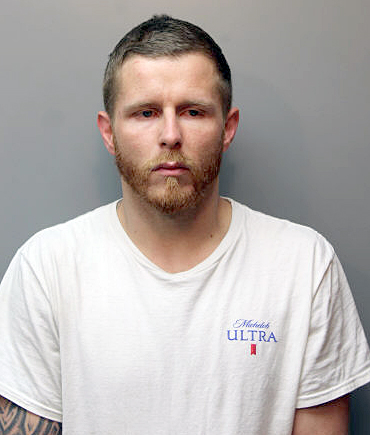 MONTROSE — A fugitive wanted on outstanding warrants from multiple counties was captured in Montrose over the weekend, police said.

Richard Scott Connally, 31, was spotted in the Montrose area, prompting a call to the Randolph County Sheriff’s Office Saturday, according to a Monday press release.

“Deputies responded to the area and were assisted by the Tucker County Sheriff’s Office canine unit and the West Virginia State Police,” the release states. “Deputies were able to locate Connally concealed in an outbuilding, and he was placed under arrest.

“Subsequent to the arrest Connally was found to be in possession of a handgun, approximately 193 grams of methamphetamine and U.S. currency,” the press release reads.

Connally has been charged with possession with intent to distribute a controlled substance. Other charges related to the incident are pending, the release states.

Connally had last been seen in the Elkins area on Sept. 29 when “he fled from officers into the woods,” according to a West Virginia State Police press release.

Connally was wanted in Randolph County on the charges of driving revoked for DUI, third offense; burglary; and conspiracy to commit a felony, all felonies; and fleeing from an officer, a misdemeanor.

In Lewis County, he is wanted on charges of petit larceny and depriving another of money, goods, property under false pretenses, both felonies.

In Upshur County, Connally is wanted on a misdemeanor shoplifting charge.

He is wanted on a felony grand larceny shoplifting charge by the Morgantown Police Department.

He is also wanted on a felony circuit court capias in Barbour County.