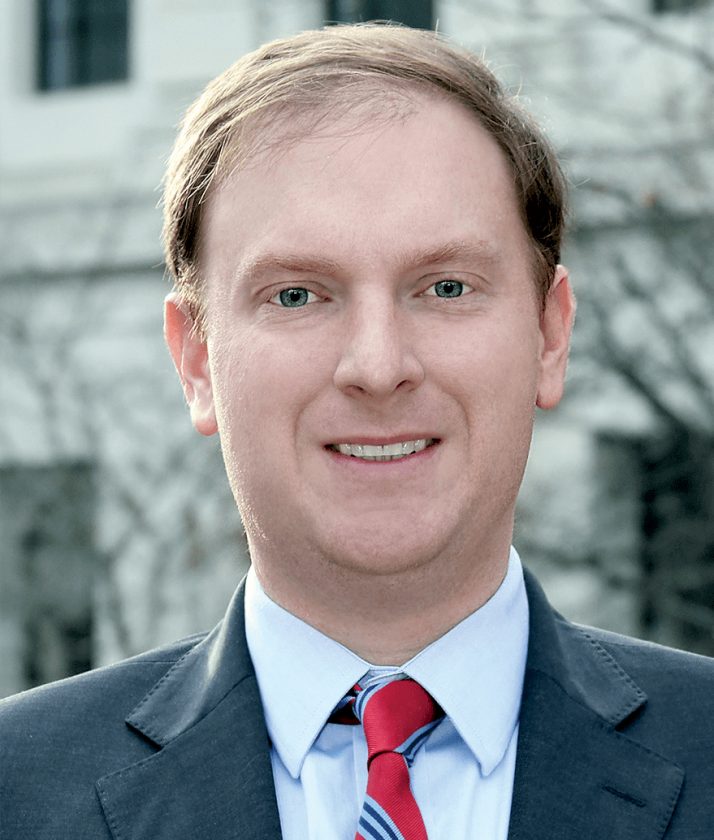 State Supreme Court Justice Tim Armstead will be the guest speaker for the event, to be held at the Elks Club. The social hour will begin at 1 p.m. Sunday, with the dinner set for 2 p.m.

John B. “JB” McCuskey, West Virginia’s 21st state auditor, was a two-term member of the House of Delegates, District 35 in Charleston from 2012-2016. He is a graduate of The George Washington University, Washington, D.C., with a degree in political communication. He is also a graduate of the West Virginia University College of Law, and was previously an attorney for six years with Steptoe & Johnson in Charleston.

While serving in the West Virginia House of Delegates, McCuskey was a member of the Energy, Industry and Labor, Judiciary, Banking and Insurance (chair), and Enrolled Bills (chair) Committees. He also served on Interim Committees including Energy, Judiciary, Technology and the Regional Jail and Correctional Facility Authority (chair).

McCuskey is the son of John F. McCuskey of Charleston, 70th Justice of the Supreme Court of Appeals of West Virginia and former member of the State Legislature, and the late Anne McCuskey.He resides in Charleston with his wife, Wendy, and daughters, Charlotte Anne and Martha Elizabeth, where they own a small business.