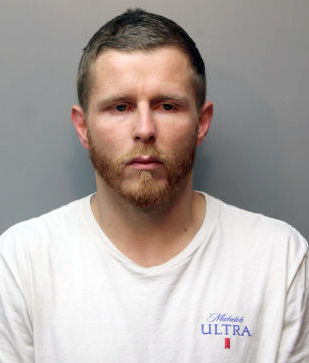 ELKINS — Police are searching for a man in the Randolph County area who is wanted on several felony charges from multiple counties.

Richard Scott Connally, 31, of Elkins, was last seen in the Elkins area on Sept. 29 when “he fled from officers into the woods,” according to a West Virginia State Police press release Friday.

“Anyone with information on this subject’s whereabouts is asked to contact their local WVSP detachment or any other law enforcement agency,” the release states.

“Anyone found to be aiding Richard Connally in avoiding arrest will be charged with a felony per WV State Code 61-11-6(b),” according to the release.

Connally is wanted in Randolph County on the charges of driving revoked for DUI, third offense; burglary; and conspiracy to commit a felony, all felonies; and fleeing from an officer, a misdemeanor.

In Lewis County, he is wanted on charges of petit larceny and depriving another of money, goods, property under false pretenses, both felonies.

In Upshur County, Connally is wanted on a misdemeanor shoplifting charge.

He is wanted on a felony grand larceny shoplifting charge by the Morgantown Police Department.

He is also wanted on a felony circuit court capias in Barbour County.

The press release was prepared by Senior Trooper Austin H. Clark of the Philippi detachment of the WVSP. The office number is 304-457-1101.