The Inter-Mountain photo by Anthony Gaynor Crown Bearer Emma Rae Morgan smiles to the crowd during the coronation ceremony.

Scepter Bearer Callie James Casto walks to the stage during the coronation Friday. 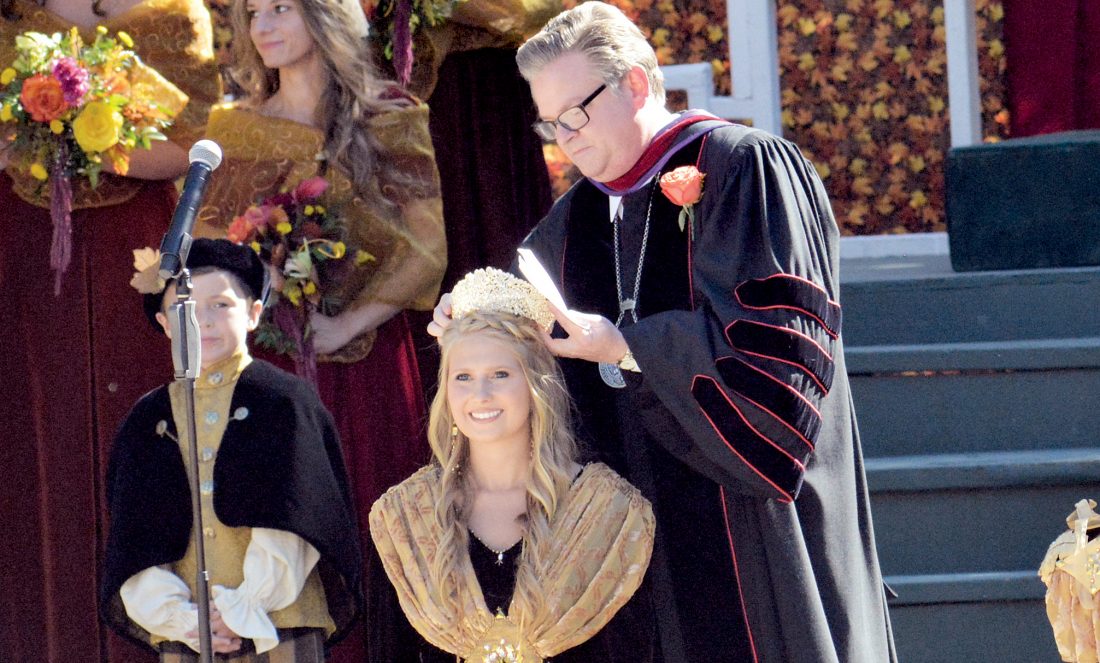 “The first three days of November 1930 saw the first Mountain State Forest Festival,” Wood said during the ceremony. “The name ‘Queen Silvia’ was chosen, which means deity of the forest. What a fitting name for the queen of a festival that celebrates the beauty of West Virginia’s forest and the conservation of our state’s natural resources. From that small beginning, the Mountain State Forest Festival has grown into one of the oldest and largest celebrations in our state.”

Following the royal trumpeteers down Coronation Hill was the 2019 Woodly the Elf, Kendal Nicole Ray, who brings color to the forest.

Representing the many colors of the forest in their gowns were 40 royal princesses from across the Mountain State.

Smith was also accompanied by her two Maids of Honor, Christine Paige Zurbuch and Susan Elizabeth Riggleman, both of Elkins. 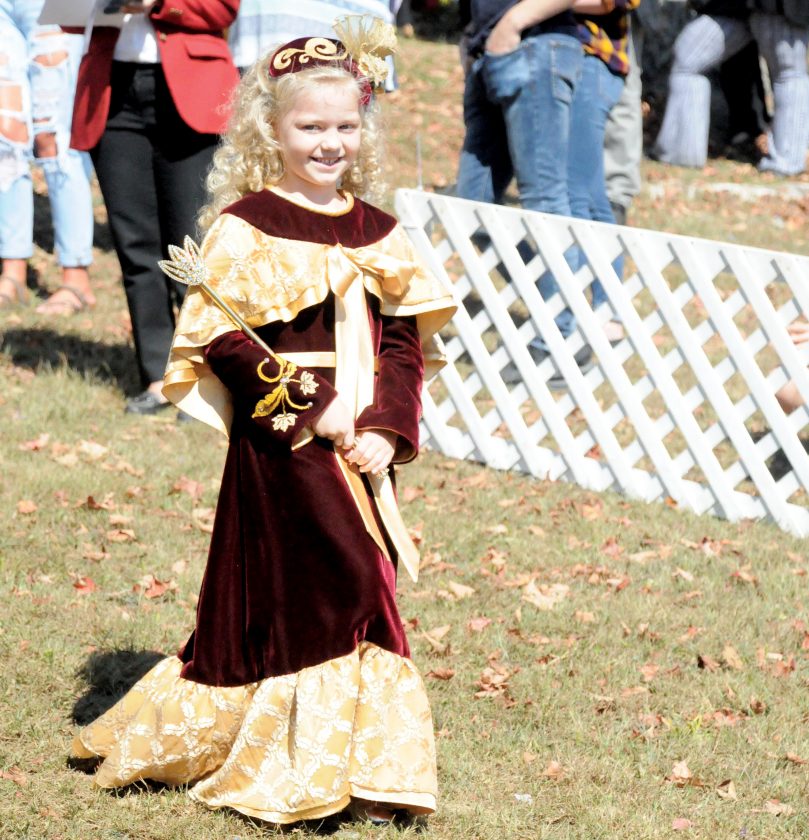 Scepter Bearer Callie James Casto walks to the stage during the coronation Friday.

Queen Silvia was also presented with other items during her official coronation ceremony, including a mantle of authority, a jewel, a key to the city of Elkins, a sugar maple sapling and a scroll.

Entertaining guests of the Mountain State Forest Festival during the coronation were the royal jesters. Every year, festival goers watch in awe as the acrobats tumble down Coronation Hill with great enthusiasm. This festival’s entertainers included Kendall Corley, Hazel Jackson, Madison Bender and Layla Fletcher. 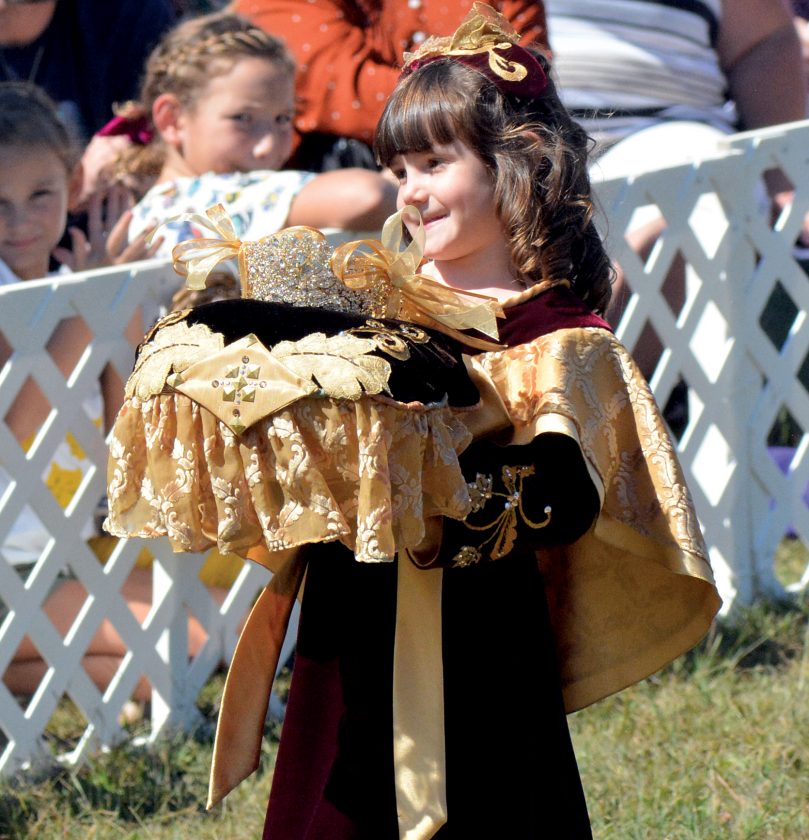 The Inter-Mountain photo by Anthony Gaynor Crown Bearer Emma Rae Morgan smiles to the crowd during the coronation ceremony.

Smith is the daughter of Paul and Donna Smith of Bridgeport. She is the granddaughter of Emilio “Shorty” and Carolyn Gola of Elkins, the late Gene Smith, Grace “Kitty” Smith and Denny Alt of Alpena. She has one brother, Logan.