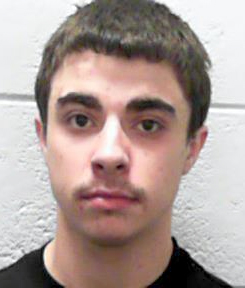 BUCKHANNON — A Buckhannon teenager is facing 11 charges including several felonies after allegedly running a marijuana and THC distribution operation out of his home.

After the vehicle left, Gordon noticed it straddling the dotted lane line and varying speeds from 60 to 70 mph and displaying erratic driving habits. After initiating a traffic stop, Gordon detected marijuana odor coming from the vehicle and identified the driver as Bradley J. Bennett. A search of the vehicle found an electronic smoking device commonly used to consume THC oil inserts and a box labeled Dank Lemon Head (THC 91.23%) on the rear driver side floorboard. The driver allegedly admitted that Quici sold the insert to him prior for $40. 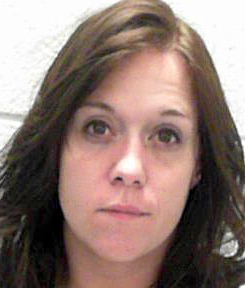 On the bed were two sets of two $20 bills folded into $40 per set. In the living room, Gordon found an AR style .22 LR, a single 20-gauge shotgun and four handguns. Two of the handguns were found in the kitchen where Quici and the other occupant of the house ran to when officers entered the home.

Quici lives in the house with his 17-year-old brother and created a significant risk of injury or death of the juvenile by having the controlled substances, loaded firearms and the dangers of selling illegal substances in the house, according to the criminal complaint.

One of the firearms found in Quici’s bedroom returned as stolen from Harrison County after a records search.

“The defendant is an unlawful user of marijuana, THC oil, as well as a white powdery substance believed to be cocaine which was located in the defendant’s top dresser drawer,” Gordon wrote in the criminal complaint.

Delivery of a controlled substance-THC oil, possession with intent to deliver marijuana and possession with intent to deliver THC oil extract all carry confinement in a state correctional facility one to five years and/or a fine up to $15,000. Gross child neglect creating risk of injury carries a $1,000 to $3,000 fine and/or one to five years in a state correctional facility. Receiving or transferring stolen property carries up to one year in jail and/or fined to $2,500. Each of the counts of persons prohibited from possessing firearms carries a $100 to $1,000 fine and/or jail for 90 days to one year.

• In a separate case, Chasity Alice Reed, 31, of French Creek, was arrested for possession with intent to deliver marijuana, a felony; and possession of methamphetamine, a misdemeanor.

On Monday, Senior Natural Resources Police Officer Tanner Collins was patrolling Stonecoal docks in Upshur County when the officer made contact with Reed who was there to allegedly sell marijuana, according to the criminal complaint. Reed was arrested after it was discovered there was an active warrant for her arrest.

Collins asked Reed what she was going to do with the marijuana and Reed said she was there to sell for $50 to an individual and that she needed money to get through the week. Reed allegedly had two bags containing a green leafy substance, one clear container with same and one bag containing a clear/white crystal like substance that she stated was meth, according to the criminal complaint.