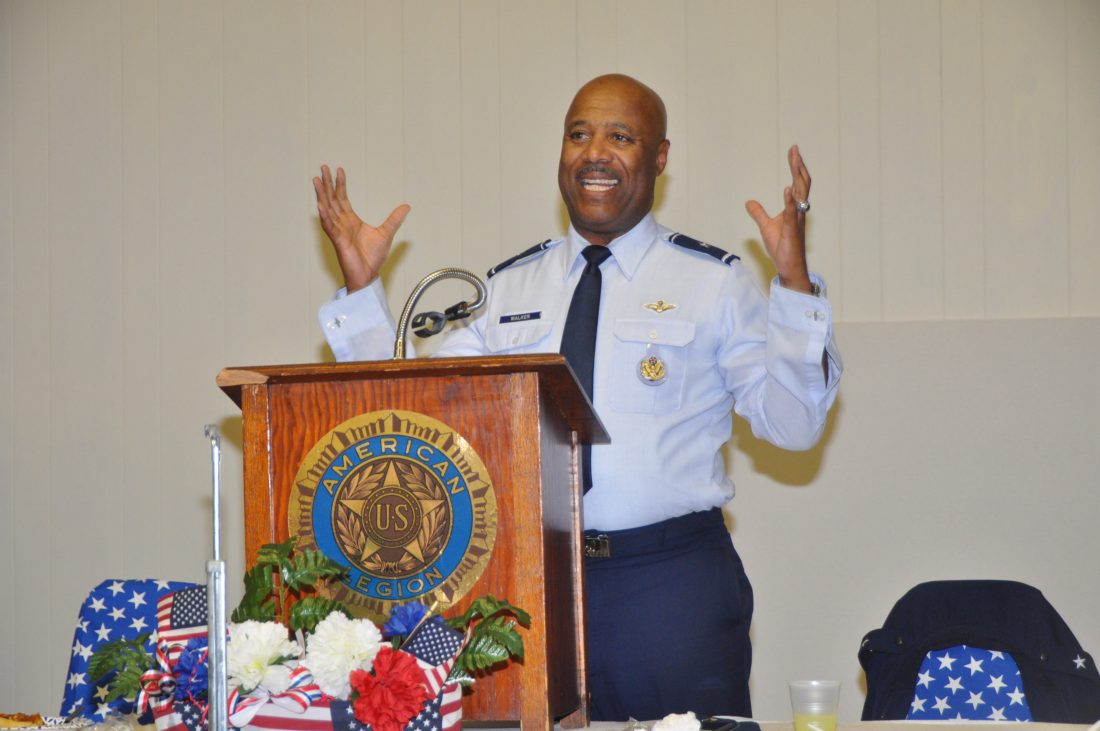 ELKINS — Brigadier General Christopher Walker, Assistant Adjutant General and Commander of the West Virginia Air National Guard, spoke to veterans and their families about the importance of mental health in the military at the Veterans Day Dinner hosted by H.W. Daniels American Legion Post 29 Saturday.

“He provides command and control over all Air National Guard forces assigned to this state, and is a principal advisor to the Adjutant General on all matters related to the Air National Guard,” Lambert said. “In this role, General Walker assists in the areas of diversity, force development, force management (…) and airman readiness.”

Walker began his career in 1988 upon graduating the Air Force Academy. He served as a navigator for some time before joining the Air National Guard.

“Some of you may know, after an alarming increase of suicide rates in the Air Force in 2019, the Chief of Staff of the Air Force, General Dave Goldfein, ordered all wings (…) to stand down for a day and focus on resiliency and suicide prevention,” said Walker.

The goal of this stand-down was to “take a break from the daily grind,” explained Walker. Leaders in the force could use this time to “focus on airmen and their well-being.”

Walker clarified that concern for the mental health of troops doesn’t stop in the Air National Guard. Those who serve in other branches of the military are also being evaluated and looked after, he said.

Walker spoke about a peer assistance program which helps those with onset mental issues to speak with other pilots who understand the pressures of the job before getting help. “What we’re trying to do with this Invisible Wounds Initiative is get out to a lot of the different bases what we call the Peer Support Tool Kit,” Walker said.

“It’s 300 pages long (and) has lots of different methods of support in it.

“Right now we’re losing that sense of community, in general, but also within our armed forces. That is where we need community the tightest, because of all the stresses,” he said. “People are more apt to talk to each other when we have a tribe, when we have a true community.”

At the conclusion of Walker’s speech, Lambert presented him with an Air National Guard emblem stepping stone.