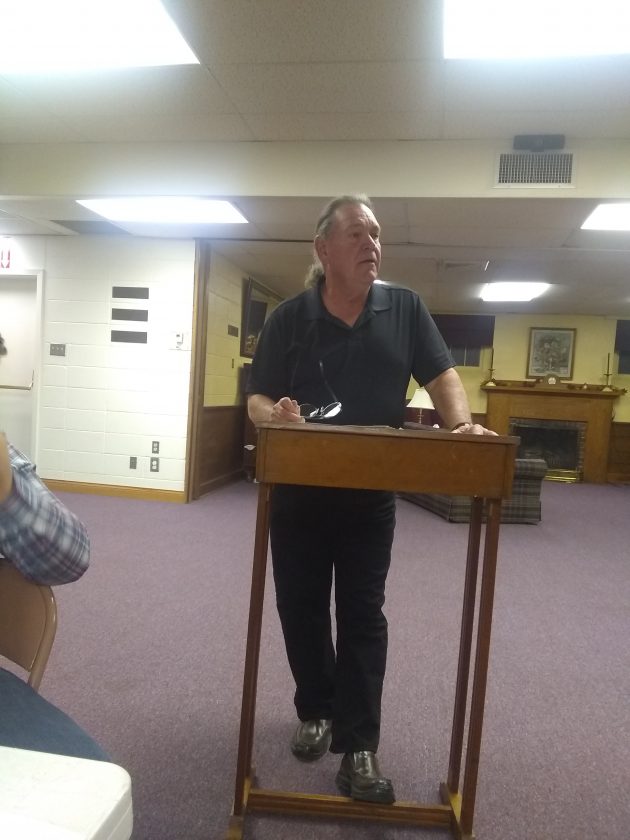 ELKINS — The Nov. 12 meeting of the Emma Scott Garden Club opened with recognition of six students from Elkins Mountain Schools, each having completed 10 hours of landscaping work on their campus or in community gardens under the direction of ESGC member Katy McClane.

Opening remarks were made by program coordinator of the Elkins Mountain Schools Horticulture and Design Club and ESGC member, Bobbi Trimboli, and certificates were distributed by McClane.

Owner of Mary’s Greenhouse and President of Terra Flora Landscaping, Larry Gouer, was the program presenter. Gouer is a graduate of of Dupage Horticulture School, a West Virginia Certified Horticulturist, member of the Ohio Florists and a member of the West Virginia Nursery Association. Gouer discussed the various aspects of preparing perennials for winter.

Distributing handouts to those in attendance, he discussed the basics of fall pruning with a host of perennial plants such as hostas, clematis, daylily, salvia, peony, etc. He explored the following issues with members and guests who were present:

Cutting Plants: Plants are to be cut 2-3 inches above ground level and all debris should be removed from the area and never placed in a compost pile.

Many perennials can host insects or possible disease which the gardener would not want to transfer to the new growth or other plants in the spring.

Mulching: If plants are kept mulched during the spring or summer, no additional mulch needs to be added in fall. If some is required, Norway Spruce branches are recommended to cover the plants. It is cautioned that if there is the possibility of mice finding winter homes in the pine boughs then mouse poisoning can be added. Mice will often consider this their permanent homes and will feed on young plants as they grow in the spring.

Fertilizing: No fertilizing of any plant is recommended in the fall. Plants are preparing to go dormant at this time of year and should not be encouraged to grow. Bulbs are the exception with organic bone meal being appropriate.

Moving and Dividing Plants: In our area, November is an excellent month to dig up, move or divide perennials along with relocating trees, shrubs and bushes because there is less chance of transplant shock.

Garden Planning: Fall and winter is the time to plan for the next year. The presenter stressed that a perennial garden is not for foundation growing but should be a distance from the house with plants chosen that bloom at staggered times during the spring and summer.

Annuals can also be incorporated to add color throughout the season.

Gouer also addressed the topic of caring and pruning hydrangeas. The important thing for the gardener to know is which type of hydrangea they are growing considering there are five varieties. Some bloom on old wood and some on new wood thus dictating when pruning should occur.

Fertilizing these plants should occur in spring and, again, in July when they leaf out. Fertilizer that is slow release can be applied only once, but no fertilizer should be near the main trunk of the plant but, instead, 12-18 inches away. Fertilizer should be worked into the soil. Hydrangeas are “thirsty plants” and require a great deal of water.

Many gardeners want the bloom to be blue in color which requires aluminum sulphate to be added. This product is also good for azaleas and rhododendron. It is imperative to follow package directions for application.

The computer is a valuable resource for the gardener where plants and their care can be found on Google sites. Gouer encouraged members to use university or government sites for the most valid information.

The very informative program was concluded by opening the floor for questions from the audience about concerns individuals had regarding plants in their gardens or yards.

The business section of the meeting was called to order by President Pat Mayes. The following topics were discussed; actions taken; announcements made:

A moment of silence was taken to honor veterans. Two members of ESGC, Ken Hanscom and Rachel Pingley, were recognized as veterans in attendance.

Minutes were read by Secretary Christina Sanders, and approved. The treasurer’s report was given by Judy Guye.

Under the president’s comment section, Mayes thanked Larry Gouer for being the guest speaker and Katie Kerns and Rosemary Markley for the evening’s refreshments. She provided an update on the Serenity Garden project with Davis Health System where the hardscaping is now complete with preparations for planting to begin in the spring of 2020. She recognized the article recently published in The Inter-Mountain regarding the history of the stone wall that surrounds the Davis & Elkins campus and adjacent historic properties that was constructed by the Trimboli family in the early 1900s. Jerry and Bobbi Trimboli are members of the ESGC. Heather Biola, spoke about an upcoming Christmas open house at the Kump House and Educational Center from 2 – 5 p.m. December 15 asking for assistance from garden club members in decorating the home as it would have been in the 1930s.

Under committee reports it was announced that the club was sending submissions for six awards to the West Virginia Garden Club. The nominee for the prestigious Virginia C. Mably award will be Katy McClane recognizing her extensive gardening work throughout the community.

Katie McClane reported the community gardens are being put to sleep for the season and a tree at Elkins Middle School will be replaced next Arbor Day.

Master Gardener and ESGC member Sara Phares announced the Extension Service of West Virginia University will offer an Extension Gardening Series on Nov. 19 at the Randolph Extension Office from 6-8 p.m.

The next meeting of the ESGC will be on Wednesday, Dec. 11 at the home of BJ McKenzie which will be the annual Christmas party. A review of the past year’s activities will be presented by Pat Mayes, president. Members of the club are encouraged to bring fruit and cookies to be given to the Elkins Mountain Schools for their holiday events. 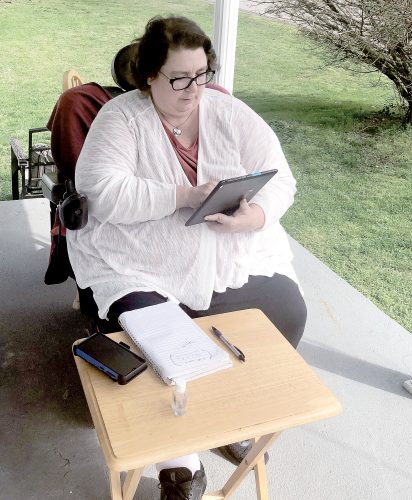 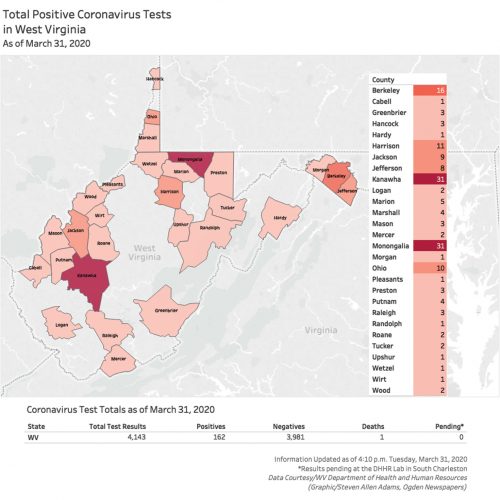