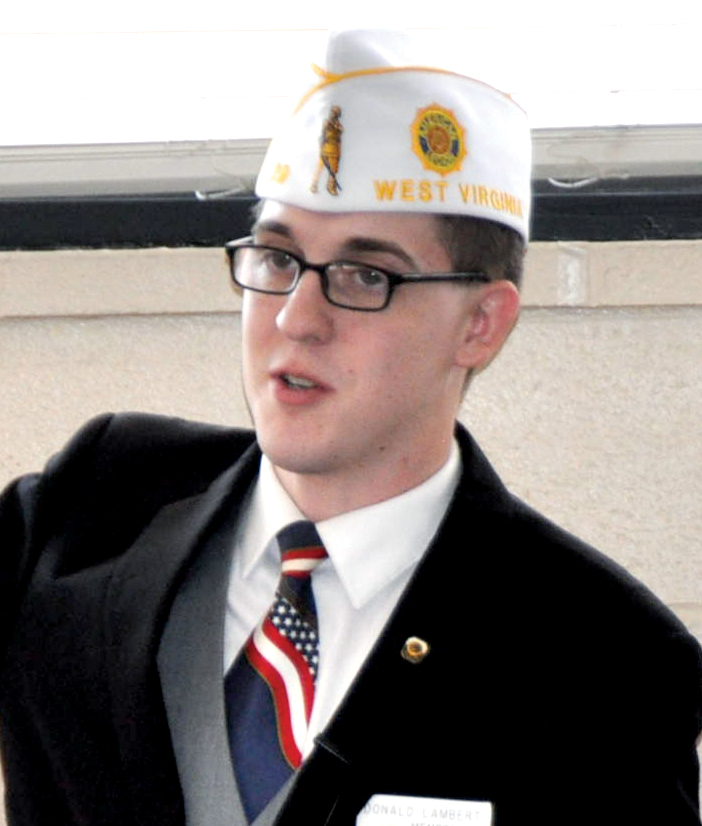 ELKINS — H. W. Daniels American Legion Post 29 Commander Donnie Lambert spoke to the Elkins Rotary Club this week about the history and future of his organization.

“I am the post’s youngest commander. I took command when I was 22-years-old,” he said. “I was out of college for literally one week.”

Lambert is also the 9th District commander and the Department Membership Vice Chairman for districts 2, 9 and 10.

“I’m in charge of roughly 4,000 veterans in the entire state in the American Legion,” he said.

“The American Legion here in Elkins was founded on Sept. 3, 1919, by 18 returning World War I veterans,” said Lambert. Some of these veterans included local legends like H.G. Kump and Frank Wimer.

The post was named after H. W. Daniels after he was killed in action “while attempting to save 40 American POWs in France,” Lambert said.

“From people that I’ve met out at the National Membership Conference, or just at the national headquarters, they keep asking me about it because … they remembered the Highlanders and they ask about us all the time,” he said.

Lambert also talked about the history of the Little Arlington Cemetery.

“A World War I veteran had been working for a gentleman at one of the florist shops here in town (…) and when his boss came in, he had found this veteran at his desk who had passed on,” Lambert began.

When attempting to bury this veteran, they learned the National Cemetery was full. In lieu of that, the florist donated 22 acres of local land to the American Legion to turn into a cemetery. As of today, only 2-and-a-half acres have been used.

An Eagle Scout project has even been donated to the cemetery, he noted.

“It is five benches that this Eagle Scout from the Boy Scout troop that we sponsor in Beverly decided to make,” said Lambert. On the backs of the benches are logos of the five branches of the military.

“On a national level, it’s always about trying to get more veterans involved,” he said.

He stressed the importance of bringing in younger veterans, close to his own age, who have more time and energy to help the community and work with veterans.

“Age is not kind to a veteran after awhile, especially if you served 20 years in the military, you’ve jumped out of airplanes, you’ve stood beside artillery pieces while they fired with no hearing protection,” said Lambert.

Additionally, the Legion is working to keep veterans within their communities as opposed to moving out of West Virginia.

At the local level, Lambert mentioned working on rejuvenating the Post 29 building. In addition to replacing the roof and ceiling tiles, officials are going to re-do the floors as well.