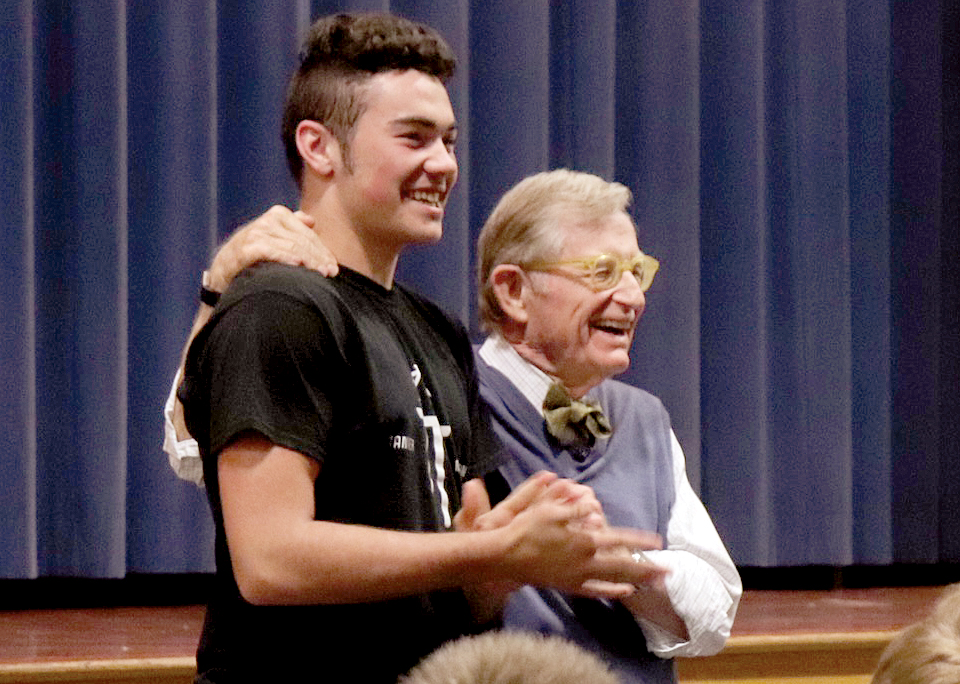 TENNERTON — The president of Buckhannon-Upshur High School’s student body invited WVU president Dr. Gordon Gee to speak to her peers but ended up getting a special surprise of her own.

On Monday, Gee visited with juniors and seniors at B-UHS but brought news for senior Caitlyn Wendling.

“Caitlyn, you have just been admitted,” he said. “You didn’t know that, did you?”

Wendling, who plans to study neuroscience, replied, “I did not know that.”

Wendling met Gee at a West Virginia Student Council Association event and asked him to speak at B-UHS. 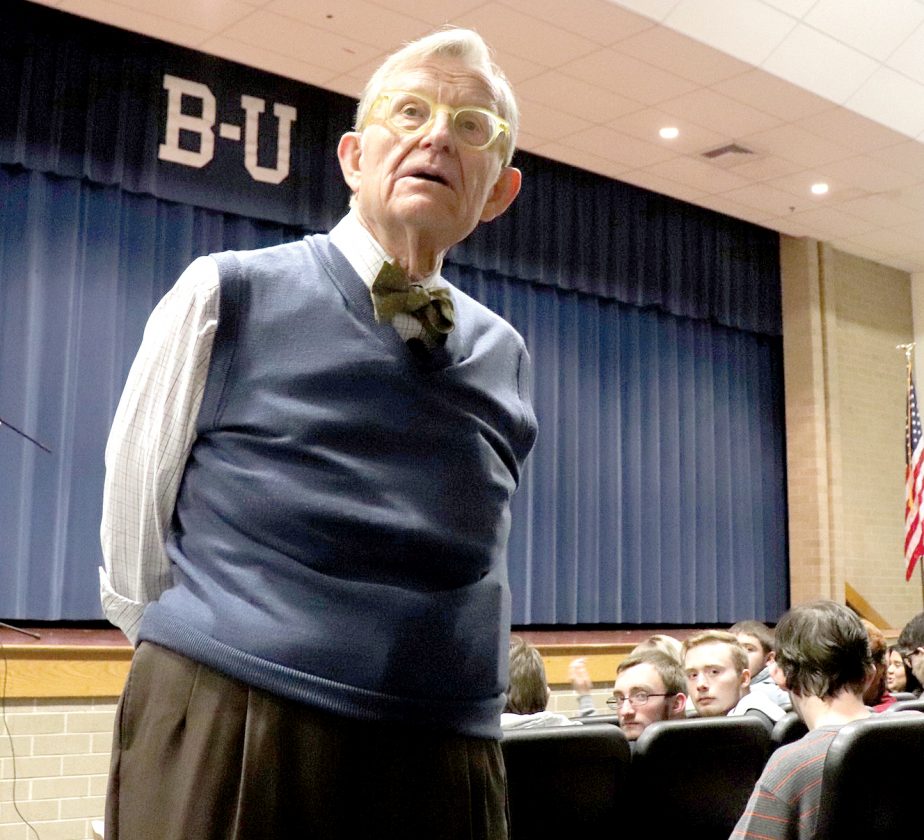 “He is WVU,” she said. “Everyone in the whole state loves him.”

Gee was originally scheduled to speak last school year but his visit was delayed due to the teacher work stoppage.

Gee stressed two points during his talk to the juniors and seniors Monday morning.

And despite being head of West Virginia’s flagship university, Gee doesn’t push WVU on every student.

“I don’t really care so much where you go to school,” he said. “Obviously, I want all of you to come be with me at West Virginia University but I want you to continue your education. It doesn’t necessarily mean you have to go to university or college.”

The Mountain State has 40,000 jobs for which there are no skilled workers, he added.

“We don’t have a jobs problem; we have an education problem,” he said. “We need to make sure we are dealing with that.”

“I tell everyone we are the Goldilocks university,” he said. “We are just the right size.”

At Ohio University, Gee said he felt like he was running a big city. He then moved to Brown, which is the smallest of the Ivy League institutions which he felt was too small. Back at WVU for the second time, Gee feels right at home.

Gee feels something that is important about any higher education institution is the ability to meet people who are different from you.

“We have people from all 55 counties in this state, from 50 states, from 118 countries and we speak 100 different languages,” he said. “On any given day you will meet kids from Malaysia or Japan…and that is an opportunity to learn about who you are and what you are trying to accomplish.”

“Work smart, play smart” is something that Gee also stresses to students because he wants them engaged in the classroom but also engaged in university life.

B-UHS principal Eddie Vincent said Gee’s visit was a great opportunity for around 500 juniors and seniors who were able to hear him speak.

“We loved having him here,” he said. “If a couple students say, ‘maybe I have a chance to go to WVU. I never thought about that before,’ then it is worth our 45 minutes of time.”

Gee answered questions about WVU and also brought college representatives to talk one-on-one with students. He joked with B-U quarterback Ryan Strader about football and even posed for a selfie with one student.