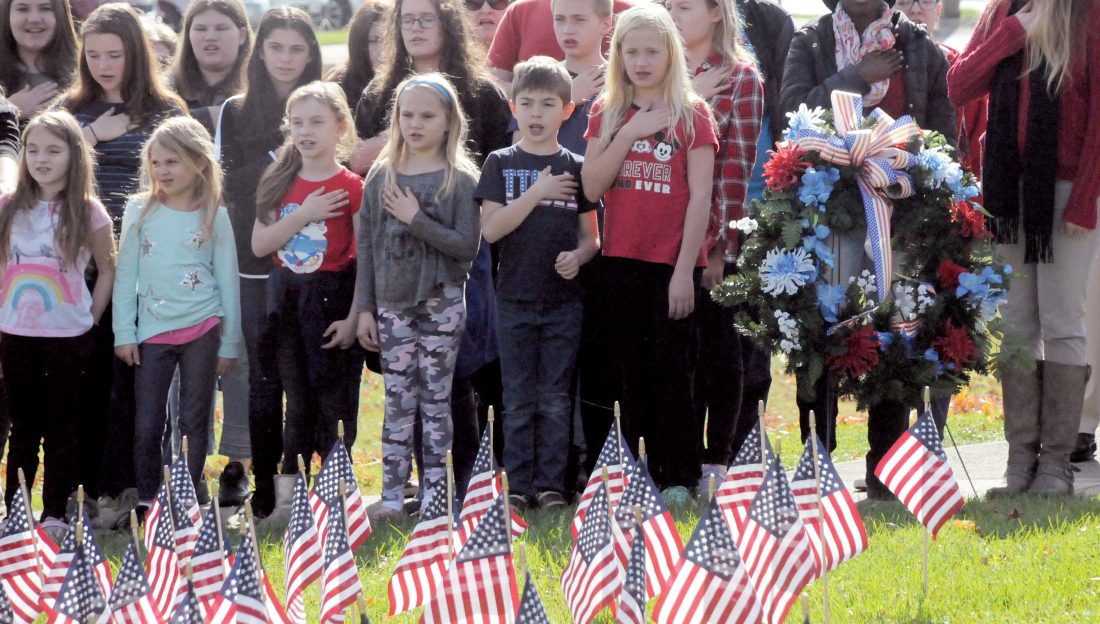 ELKINS — A large crowd turned out on a sunny November morning for the annual Veterans Day ceremony at the All Veterans Monument Monday.

“I would like to give a special welcome today to our hometown heroes who sacrificed their time for our great country,” Elkins Mayor Van Broughton said during the ceremony. “Each day when we wake up and are free, we should thank our veterans for what they did.”

Broughton addressed the veterans in the crowd directly.

“We thank you today for your service, whether it was in times of war or peace, we appreciate you,” the mayor said. “It is an honor and a privilege to among so many heroes.”

American Legion Post 29 Commander Donnie Lambert welcomed the crowd to the ceremony, and led the Pledge of Allegiance. 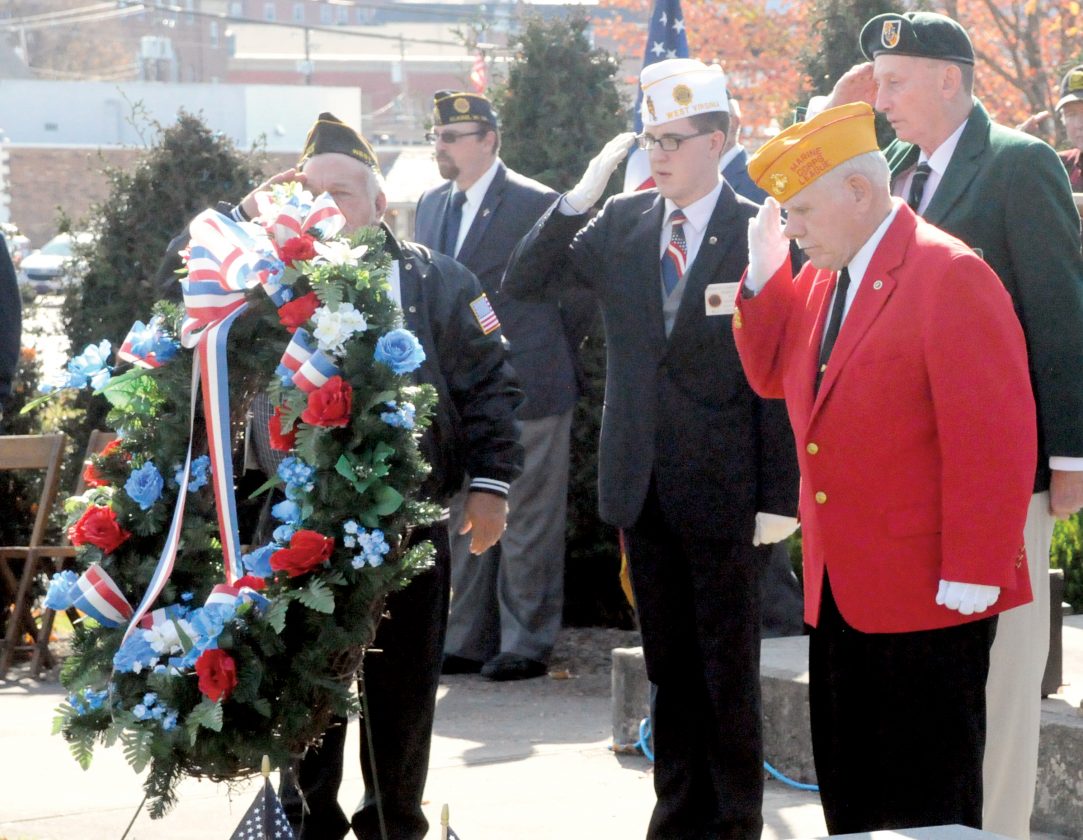 The National Anthem and other patriotic songs were sung by the Highland Adventist School Chorus and Mike House & Chorus.

The invocation and benediction were provided by Arley Simmons, chaplain for Post 29.