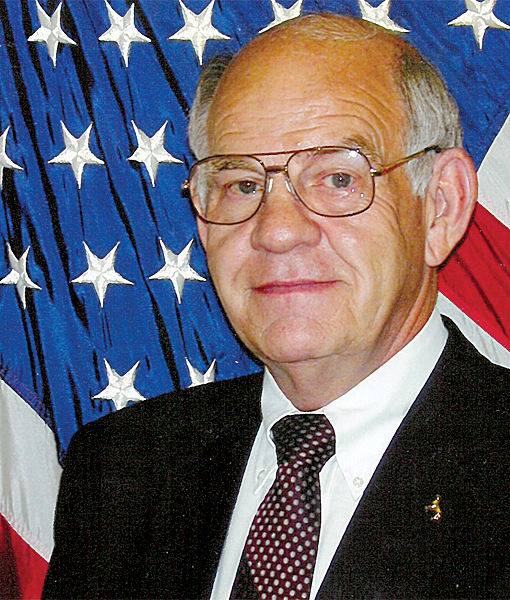 ELKINS — Local residents paid tribute on Monday to the life and legacy of former Elkins mayor Virgil Park Broughton, 81, who passed away on Sunday morning in his home.

Broughton served as mayor from 2001-2003. His son, Van Broughton, is the current mayor of Elkins.

Van Broughton wrote about his father’s passing in a Facebook post on Monday morning, sparking prayers and condolences from more than 900 people in the comments section.

“Over the past 3 months you have truly blessed us with many prayers and much love for this man who was a loving husband, a father, a grandfather, a great-grandfather, an uncle to many, but foremost a “Man that served the Lord,” Van Broughton wrote. “We would like to share with you, this morning, Virgil began his journey to his eternal heavenly home. We will be forever thankful to our Heavenly Father for the time he gave us with him and the memories we will cherish.”

George Triplett recalled knowing Broughton from early childhood while growing up on Cheat Mountain, noting that he was close friends with Broughton’s brother, Hershel.

“Through the years, we would communicate with one another. We talked about Cheat Mountain. He loved to hunt, he loved to fish and we all loved the mountain, and we feel that we had million-dollar childhoods growing up on Cheat Mountain,” Triplett said in an interview Monday. “He was always one who liked to talk of childhood days.”

“Virgil was always outspoken. He was never neutral on any issue,” said Triplett.

Dr. Farukh Kahn, who first met Broughton on moving to Elkins in 1977, noted that he “served the country both in war and in peace.”

“He made me feel important,” stated Kahn. “He said, ‘Everybody who does their job right is helping the country.’ I wanted to serve America like him, and he told me that everybody serves in their capacity.”

Kahn also noted that Broughton played an important role in bettering veterans healthcare in this area.

“He stood for moral issues,” said Khan. “In the 1980s, he helped me speak with the VA administration in Clarksburg to improve medical care for veterans in this area,” he said, adding that Broughton was instrumental in working toward the veterans clinic in Parsons.

“The Broughton family name, I believe, will forever be loved, respected and honored in Elkins for all their services,” said Kahn.

“He supported me through a lot of trials and tribulations. He stood by me, and I stood by him,” he said.

Dick Harvey regards Broughton as an iconic figure in the community to those who grew up playing baseball.

“Even though Virgil was a professional umpire, he worked games throughout all of our local youth leagues–Little League, Babe Ruth, American Legion, and various semi-pro leagues,” stated Harvey. “All of us looked up to Virgil, not just because he knew much more about the game of baseball than we did, but more importantly, he taught us respect–respect for the game, the officials, our coaches, and our teammates.

“Virgil commanded that respect, not just with his booming voice when he called balls and strikes during a game, but more importantly, the personal interest he took in each kid, both on and off the field,” he said, going on to add that Broughton was an “old school” umpire who “demanded sportsmanship, hustle, and humility from players and coaches alike.”

Harvey also noted that during his tenure as mayor, Broughton’s support of the community’s youth extended beyond the baseball field.

“He worked closely with the Elkins Parks & Recreation Commission and various youth leagues and programs throughout the city to enhance the quality of life for our young people,” said Harvey. “His support for our youth was unwavering, and our community is a better place because of his service.”

Carol Erikson, a friend of Broughton’s, said Elkins had lost a tremendous asset to the community.

“It’s difficult to describe Virgil in such few sentences,” stated Erikson, adding that she knew him for well over 50 years. “He’s a true friend, a dedicated family-man and a tremendous asset to the community. Elkins has lost a wonderful man; he will be greatly missed by all the community,” she said.

“He was such a pleasure to work with. If there was anybody for the people, it was Virgil,” said George, adding that he always kept his office door open so anybody could walk in. “He was a great mayor.”

“He was just always so jovial. He was always joking and laughing with you,” she said.

Willard Herron, another former mayor of Elkins, stated, “I knew Virgil for many years and at one time Virgil and I each had businesses on opposite street corners in downtown Elkins. I will fondly remember Virgil as a businessman and a dedicated political figure that was always trying to make Elkins a better place to live.”

Current Elkins City Councilman Carman Metheny, who worked for the city during the time of Broughton’s administration, praised his work as mayor.

“He was very good to the employees of the City of Elkins,” stated Metheny, additionally noting Broughton’s good rapport with citizens. “He was a very active mayor — loved to be out in the public to see people and talk to them.”

“I remember when 9-11 occurred, he came to the garage and reassured everybody that everything would be all right,” he said.

Tom Rosier, a friend of Broughton’s, recalls happy memories of spending time of him at the ball park.

“I always enjoyed so much sitting with him and reminiscing about old times. He was such a good story-teller. It would just fill you with good thoughts. He was always funny and laughing,” he said, adding that Broughton was always a joy to be around. “I’ll miss him so much, and I’m glad that we were good friends, and I’m really glad that I got to know him very well,” adding that he still cherishes Broughton’s family as friends.

“I just always enjoyed the times being around Virgil, and I will truly miss him,” said Rosier.

A graduate of Elkins High School, Broughton enlisted in the U.S. Army in December 1958, later becoming a corporal in the Army Rangers. While serving in the military, Broughton played football, baseball and basketball for the semi-pro Manheim Barons.

After returning from military service, Broughton worked for the City of Elkins for two years prior to working on the railroad for four years. He served as an Elkins City Councilman for four years in addition to serving as mayor from 2001 to 2003.

Broughton additionally served as a baseball umpire for a total of 36 years, including a three-year stint of umpiring professional baseball. He founded Broughton’s Sports in 1978, which was later purchased by his sons, Jeff and Chris, in 1988.

Condolences may be sent to www.tomblynfuneralhome.com.