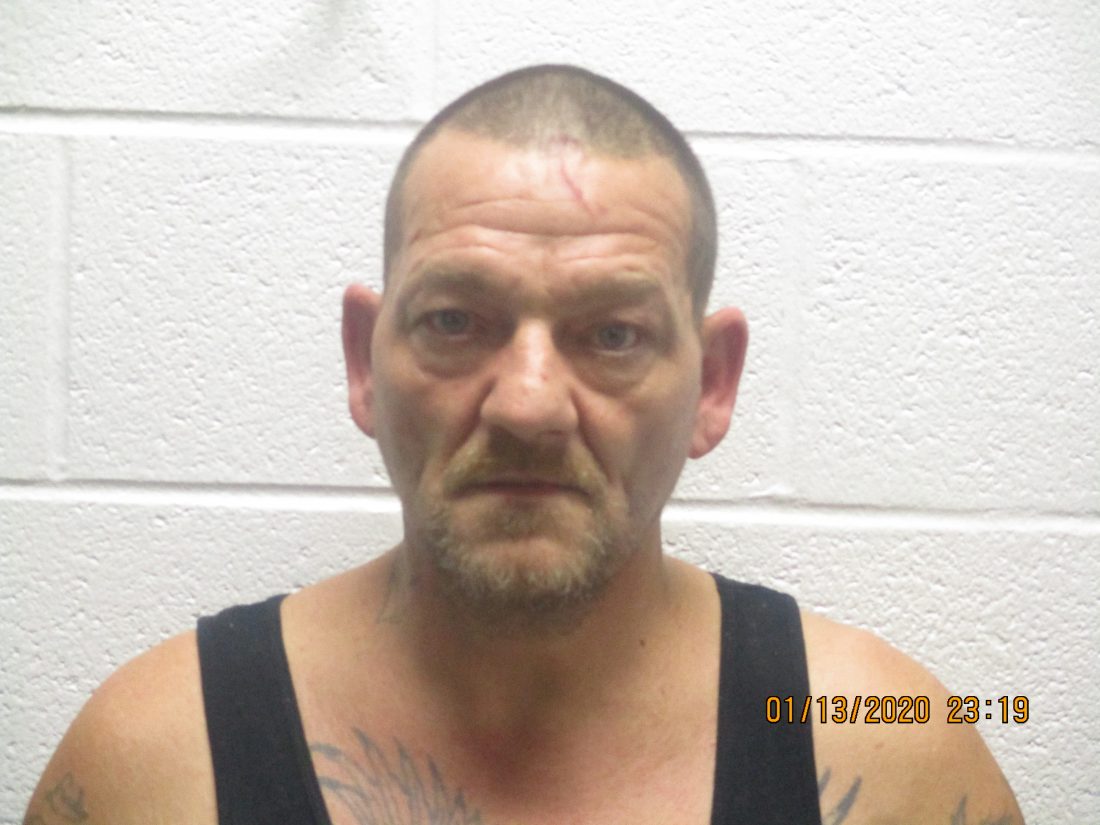 ELKINS — An allegedly homeless man is facing a felony charge after allegedly fleeing from officers on a bike trail.

David Wayne Crites, 52, is charged with possession with intent to deliver. His bond was set at $50,000 cash or property by Randolph County Magistrate Judge Ben Shepler.

According to the criminal complaint filed by Corporal C.G. Boatwright of the Elkins Police Department, on Jan. 12 at approximately 5:44 p.m., city units were advised of a single gunshot in the area behind Gateway Apartments, where there were multiple tents set up.

Upon arriving on scene, Boatwright and Senior Patrolman W.D. Butcher observed two individuals on bicycles heading toward the bike trail from the area where the tents were located, the report states.

According to the complaint, officers then attempted to make contact with the individuals when a male subject, later identified as Crites, began to flee on the bike trail toward the bridge.

“I then got into my cruiser and attempted to cut him off,” stated Boatwright, adding that Crites then “cut back up” toward Gateway Apartments.

The report states that Butcher was able to locate Crites in the woods behind the apartments, where he continued to elude officers.

“I then came from the top of the hill and located (Crites) on the hill in the woods,” stated Boatwright, going on to say that he was then able to catch and identify Crites.

The report states that Crites was then advised that he was under arrest for possession with intent to deliver, transported to Elkins Police Department for processing and then on to Tygart Valley Regional Jail.

“Upon reviewing David’s criminal history, it shows MULTIPLE felony charges with guilty convictions to include possession with intent to deliver,” stated Boatwright.