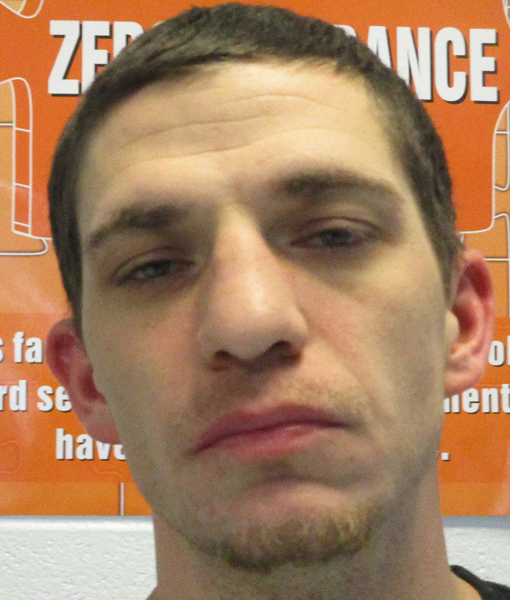 ELKINS — A Buckhannon man is facing a felony charge in Randolph County after a routine traffic stop.

Donald Edwin Debarr, 32, is charged with being a prohibited person in possession of a firearm. His bond was set at $25,000 cash only by Randolph County Magistrate Judge Ben Shepler.

According to the criminal complaint filed by Cpl. C.G. Boatwright of the Elkins Police Department, on Jan. 22 at approximately 12:33 a.m., the officer noticed a vehicle wherein the driver, later identified as Debarr, was not wearing a seatbelt, and initiated a traffic stop.

“When I initiated my emergency lights and siren, I observed the passenger, a female subject, begin to more frantically around the vehicle and take off her jacket,” Boatwright wrote in the complaint. “The female then turned into the rear of the vehicle and began to try and cover up a black in color shotgun as I approached.”

The report states that Srp. then arrived on scene and began to assist, at which time Boatwright had the occupants step out of the vehicle and away from the firearm; both the driver and passenger were both detained and secured in police cruisers. According to Boatwright, Debarr stated that he did not have a valid driver’s license.

Boatwright then ran Debarr’s name and date of birth through E911, who advised that he was suspended, the report states, while Sayre recovered the gun, which had a Delaware Police insignia and returned no record when ran through E911. According to the complaint, Boatwright ran a criminal history check on Debarr, which revealed that he had two felony charges with conviction dates, at which time Debarr was advised that he was under arrest for prohibited person in possession of a firearm.

The report states that while searching the vehicle, officers located “multiple syringes, pipes (used for smoking methamphetamine), and other miscellaneous drug paraphernalia.

“(Debarr) then made the excited utterance that everything in the vehicle belonged to him,” stated Boatwright, adding that the female passenger was then released, and Debarr was transported to the EDP for processing.

Upon reviewing Debarr’s criminal history, Boatwright found that he had been convicted on separate drug-related charges in 2011 and 2017 and that he had a recent charge for possession of a controlled substance from the WVSP Philippi Detachment dating Dec. 16, 2019.