Volunteers in Police Service working to help the community

BUCKHANNON — The Buckhannon Volunteers in Police Service continue to assist the community and the Buckhannon Police Department with everything from traffic management to business security checks.

Chief Matt Gregory presented the year-end report for VIPS at a Buckhannon City Council meeting, noting that VIPS volunteered over 3,130 hours in 2019 that allowed officers to handle other tasks and potentially saved the city almost $70,000 in labor.

“I can’t say enough about these fine folks and all the work they do, not only for the police department but the City of Buckhannon as a whole,” he said. “They really work tirelessly to make sure that many of our programs and initiatives in the community operate seamlessly.”

In 2018, a new award program was established to recognize the individual members.

There are three levels of awards: bronze, silver and gold.

The VIPS program runs its hours from December to the end of November so that the totals can be announced in December, according to Gregory.

“All of our active members received at least a bronze award,” he said. “Many received silver and I have one who received gold. Many, many hours have been put into the program.”

“Steve, our VIPS coordinator works tirelessly with the program,” Gregory said as he asked Wykoff to go into more detail about the work VIPS do.

Over the five years, the program has seen a number of West Virginia Wesleyan College students join during their time in Buckhannon but then leave upon graduation.

“We trained 10 new members this year,” he said. “We deactivated nine members due to relocation or graduation.”

“That means we have several volunteers that started right around the time of the Strawberry Festival.

“Those same people have managed to volunteer over 100 hours from that time period to the end of November so that in itself is an achievement,” he said.

The VIPS could be seen at more than 100 public and private events in 2019 from parades, pep rallies, 5Ks, walking events, car shows, dedication events, festivals and more.

“We are taking requests from private organizations within reason to assist them with that in an effort to increase our public relations not only for VIPS, but also for the police department itself,” he said.

All of this has been done along with increased training requirements.

“In order to align with CALEA and some of the other certifications and accreditations that are out there, we have had to adjust our training schedule for VIPS,” he said. “It has drastically increased since inception. The very first members had to go through the Buckhannon Citizen’s Police Academy and be trained in Community Emergency Response Training as well as pass background checks.”

Now, VIPS are required to have first aid and CPR and ethics courses. There are also traffic incident management courses and National Incident Management System courses to prepare volunteers for possible scenarios.

“One of the things that happened this past year was the possible explosive device that was found in the city park,” he said. “That really put our VIPS training to use in that regards. We followed the ICS system, the NIMS system just as the fire department and law enforcement did. By having that training everybody was right on the same page and knew exactly what to do. We truly appreciate as an organization the opportunity from city council to create the organization and stick with it.”

Mayor David McCauley said, “We appreciate each one of you, Steve. You talk about volunteerism. No group better embodies it than our VIPS.” 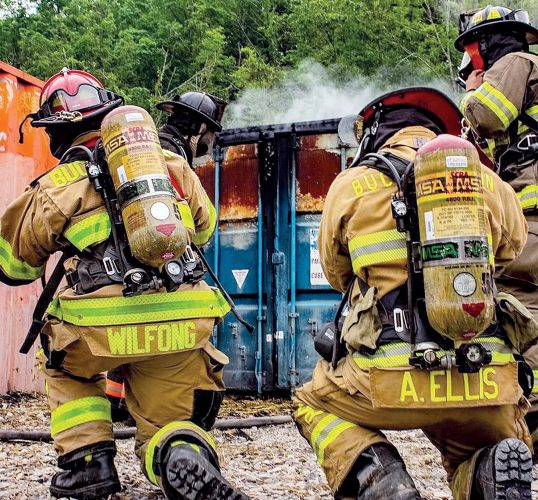