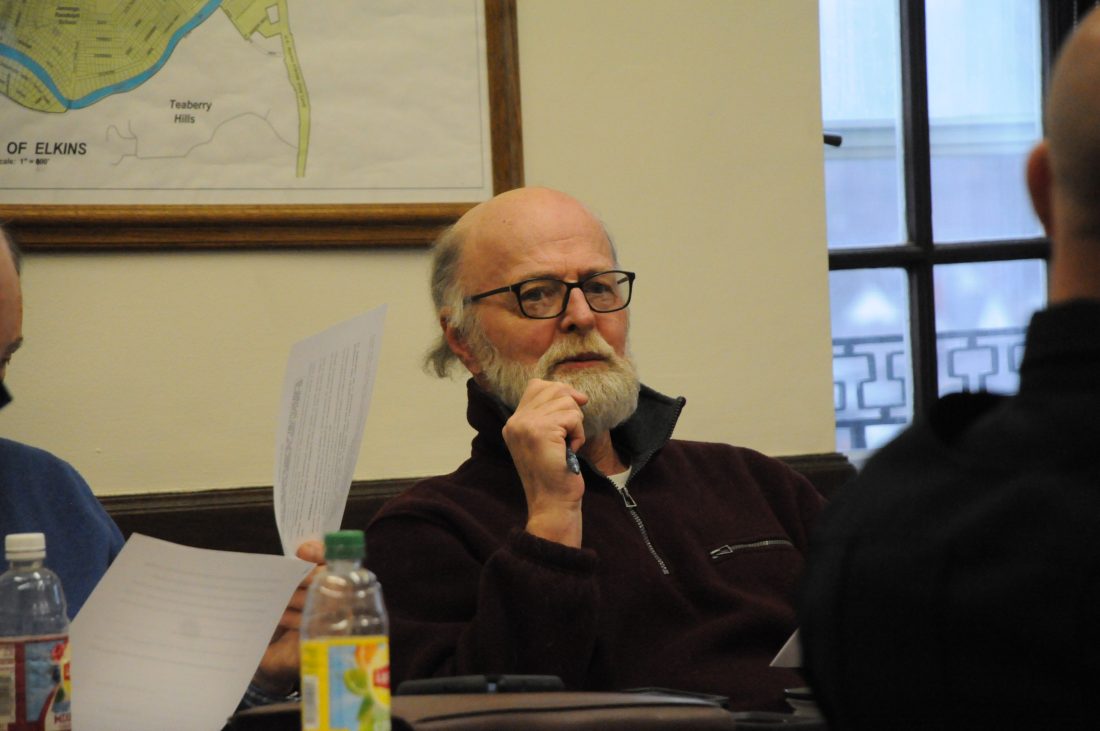 The Inter-Mountain photo by Brooke Hinzman Elkins Councilman David Parker, the chair of the city’s public safety committee, speaks during a meeting this week.

ELKINS — Elkins officials discussed the potential for creating a new position in the city’s code enforcement department during a public safety committee meeting this week.

“We have every reason to expect that once the planning commissions work is completed, comes to council, is approved and so forth — there’s a lot about zoning in that — and that, reasonably and logically, would seem to fall to the code enforcement department. That’s gong to greatly increase the workload,” said Elkins Councilman David Parker, chair of the committee.

Operations Manager Bob Pingley stated that he is currently working on a description detailing the position, which will likely be completed by the time of the next committee meeting.

“I’m working on it, but I don’t have it finished up yet,” said Pingley.

“I’ve looked at (the position) in the light of trying to find somebody to help with code enforcement and also maybe be in line to be either a back-up or eventual replacement for building inspector, but, to be honest, to me it appears to be two separate tracks,” he said.

Pingley noted that an eventual successor to building inspector would require the necessary background — experiencing, schooling and testing — necessary for the job.

“I’m not the only person on this committee who has had communications from members of the public about the conditions of the shop across the street […] and the red house that almost blocks the garage building itself,” Parker said.

Mayor Van Broughton stated, “I am concerned with the safety of the citizens and the fire department because if that caught on fire, it would be burning for days.”

“We’ve got to get that corner cleaned up,” said Councilman Charlie Friddle. “I think he’s doing great business. He’s doing great service to the community, and I don’t want to do anything that would cause a small business to be adversely affected, but at the same time, that’s one of the main entrances to our city.”