Man accused of hitting child with a hammer 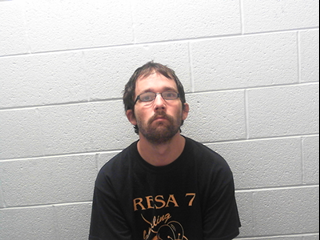 BUCKHANNON — An Upshur County man has been arrested after he allegedly admitted to hitting a child in the face with a hammer because he was nervous over being without smokeless tobacco.

Robert Page Dowell, 29, of Buckhannon, was arrested for child abuse resulting in injury, a felony, and arraigned before Magistrate Mike Coffman who set bond at $50,000.

The alleged crime happened on Dec. 19, 2019 but it was not until Jan. 25 that Senior Trooper P.J. Robinette with the Buckhannon detachment of the West Virginia State Police received a walk-in complaint from the child’s mother, according to the criminal complaint in the Upshur County Magistrate Clerk’s office.

The woman told Robinette that Dowell allegedly hit her son in the chin with a claw hammer causing an injury and that she and Dowell have lived together for approximately six months prior to the incident.

The child told his mother that he had been hit by “Dad,” a name he used for Dowell, with the claw hammer but he didn’t know why.

The woman said she photographed the injury but did not report it because Dowell claimed it had been an accident while he was fixing something in the house.

A few weeks after the incident, the child told his mother he was scared to be in the home after being hit with the hammer by Dowell.

The child was interviewed through the Mountain CAP Child Advocacy Center and provided information collaborating information from his mother.

Robinette then interviewed Dowell who said he struck the child with the claw hammer due to being nervous over not having enough money for smokeless tobacco, according to the criminal complaint.

As part of his bond provisions, Dowell is to have no contact with the victim or any other minors.